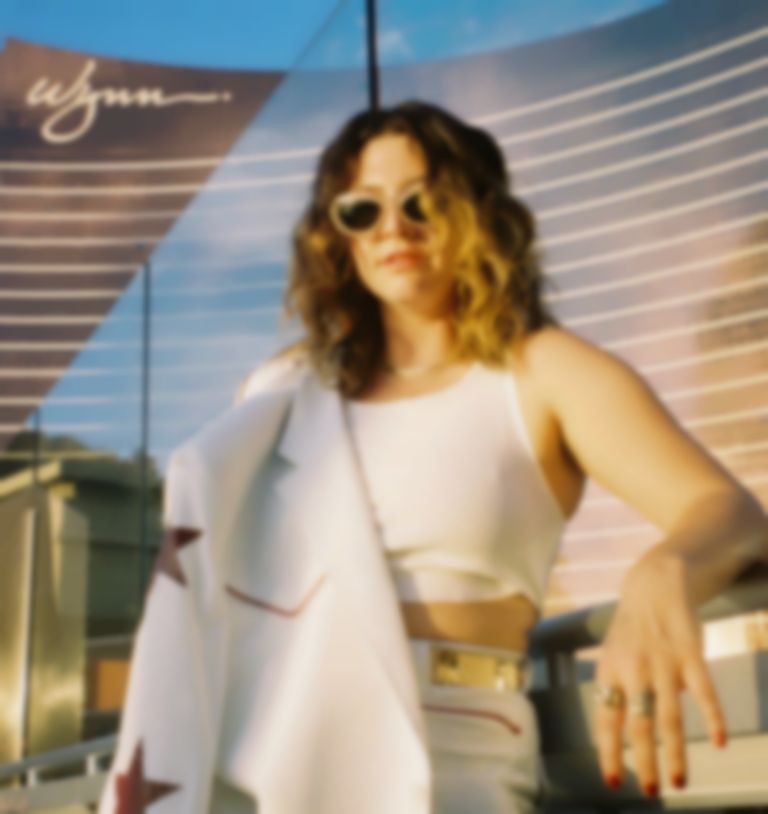 LA-based singer-songwriter Lou Roy stands out from the crowd with her authentic and innovative creations. Embracing elements of folk, jazz, and soul to make her unique alt-pop sound, her inspirations are found in other artists who also don’t quite fit the mould, such as Fiona Apple and Joni Mitchell.

Raised in the LA suburb of Topanga Canyon, Roy pens coming-of-age narratives with a significant focus on vocal performance – with new release “Valkyrie” being a showcase of her playful character.

On the surface, “Valkyrie” has a playful nature, opening with an intimate beat played on a water bottle preceding silvery vocals that evoke pure bliss. Echoing such ambience in the accompanying homemade-style lyric video, it visualises Roy embracing the track’s rhythm while cruising through mountainous scenery in the bed of a pickup truck on an empty winding road.

Darker themes are revealed within the song’s introspective lyrics, which see Roy join forces with the “Valkyrie”; a powerful host of female figures in Norse mythology, to battle with her feelings of anger towards past trauma.

“The song began with me tapping my water bottle while listening to my buddies have a conversation around me,” Roy shares. “It was called “water bottle birthday beat” for months, until one night in July I got high and decided to just put the beat on loop and improvise lyrics.

“I had a panic attack a few days before and had recounted that in the opening line, and from there I just decided to go stream of consciousness based on that. Apparently, I was feeling angry and vengeful – the rest of what came out was all about embracing rage.”

“Then in a sudden shift of perspective, I noticed I wanted peace and quiet and asked myself, “hey man, whatcha doin? Come on back, I need you movin!”. It was a gentle request to please not be so upset, I’m scaring me!”

The change in narrative is further emphasised in the outro of “Valkyrie”, as Roy repeats the word “return” like a mantra - serving as an affirmation to put the past to rest and move forward. Ending the track on a liberating note, she, to her own description, “slay[s] all those fuckers who have hurt me in the past.”

“Valkyrie” is out via Balloon Machine Records. Find Lou Roy on Instagram.