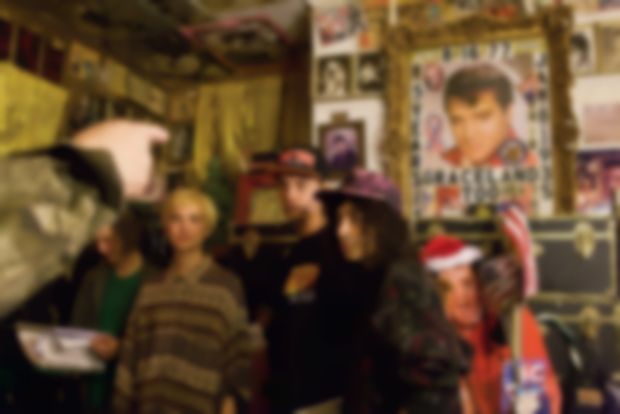 Two Best Fit favourites unite, and by adding some steel drums and a skittering beat, DIIV’s mellow yet bracingly jangling ‘Follow’, from their recent and rather excellent record Oshin, has been transformed from feeling like a tune that might soundtrack a blissed-out Cali beach party to something still Pacific Ocean based, but a hell of a lot more tropical through this storming Memory Tapes remix.

Zachary Cole Smith’s vocals take something of a backseat to Dayve Hawk’s beats and Theremin-style synths that drop in halfway through, and then fall away altogether as a dexterous and sped-up Barney Sumner-esque guitar solo takes the track to its conclusion. It’s one for the final party of the season and a track that might even fool you into thinking the summer’s not over.

DIIV’s debut is out now on Captured Tracks.