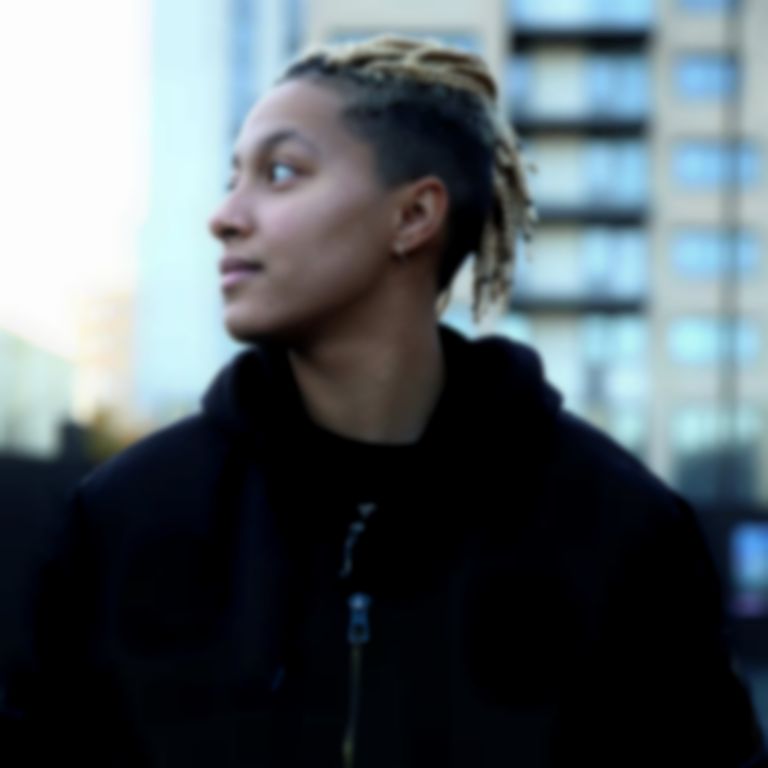 Fresh from the release of her previous single “Out of Time”, 22-year-old Newcastle rapper Kay Greyson returns with her booming new single “Over and Over”, her third release on Soul Kitchen Recordings.

An artist from a young age, Kay Greyson quickly garnered a reputation across Tyneside as an artist unafraid of spitting her truth, regardless of who it may offend. Meshing modern bass-heavy pop instrumentation with the lyrical dexterity of a young Chance the Rapper, Greyson pulls inspiration from the hip-hop landscape, including Lil Uzi Vert and Mos Def.

Since the release of her debut single “Give It All” in 2019, Greyson has quickly risen the music ranks of Newcastle. To date, she has already supported hip-hop legends like The Game, KRS One, DJ Yellam and Akala, to name but a few, all the while fighting for equality and LGBTQ+ rights in her music and work within community projects.

Lyrically, “Over and Over” is an ode to hard work, accentuated by a conquering trumpet motif, rousing bass, and a twinkling synth accompaniment. “‘Over and Over’ is a motivational song about doing things you might not like or that are difficult, over and over, to get to where you want to be” Greyson explains of the track’s lyrics. “You only get better at certain things through repetition and when you achieve results that’s what is going to make all those hard days feel real good”.

As well as “Over and Over”, Greyson has just released a cover of Stevie Wonder’s “Heaven Help Us All” as part of the anniversary celebrations of Dr Martin Luther King receiving an honorary degree in Civil Law from Newcastle University on November 13th 1967. The track, in collaboration with Voices of Virtue and Howard Gospel Choirs, will see all proceeds going to the ‘Songs of Freedom’ education programme, further highlighting Kay as a shining light for equality both in Newcastle and nationwide.

"Over and Over" is out now via Soul Kitchen Recordings. Find Kay Greyson on Instagram.