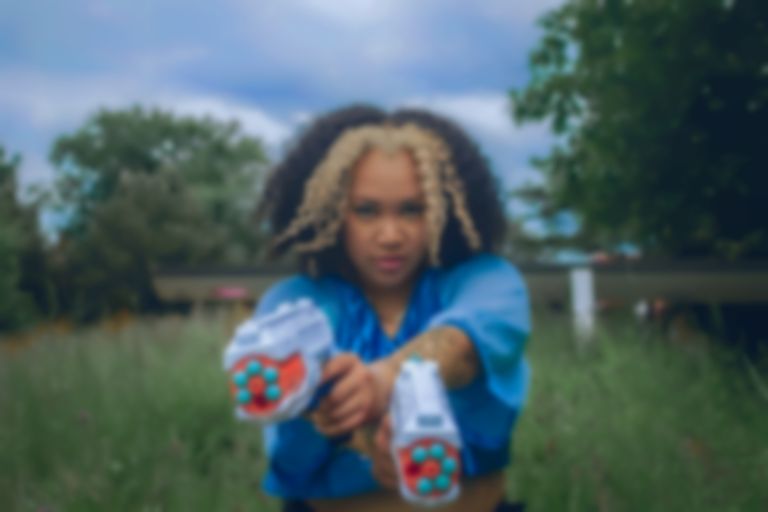 Returning with the lead single from her new EP, UK-via-New York artist iamkyami serves up main character energy in "Stars" - a polished account of self-awareness in young adulthood.

Before studying in Liverpool and basing herself in Manchester as her now home, iamkyami (real name Kyami Russell) was born and raised in New York. In part, her storytelling owes to identity. With a rich history in her part Japanese and part Black American bloodline, she weaves heritage into slick-talking tracks that explore notions of uniqueness and self.

“My heritage is one where two worlds collide and that’s something really special,” shares Kyami. “Being half Japanese and half Black American, there are so many influences to pull from and my aesthetic is heavily based on my identity. Not only my ethnic identity but my identity as a Queer person too. My music is simply another way to express myself and the ways in which I view the world.”

Kyami’s family influenced her listening habits and there are audible traces in her music today; though she admits that authenticity has always been at the forefront of her ambition – “When I was in school, I didn’t identify with Black kids or Asian kids, I identified as a music and art kid.”

Surrounded by her father and brother who produced music, she observed from a distance while honing her talent as a vocalist and songwriter. “We had dinner at my aunt’s house a lot and whenever she would cook there was also gospel or Mary J. Blige or D’Angelo blasting in the kitchen,” she remembers of her early points of inspiration. “But I arrived at the likes of Tyler, the Creator, BROCKHAMPTON, SZA, Steve Lacey and Vampire Weekend via Britney Spears and Avril Lavigne.”

In 2020, iamkyami released her debut EP, Life of Ky – an autobiographical culmination of tracks that muse on her new life in the UK alongside themes of romance, self-growth, and monotonous adulthood. Against the grain of the legions of guitar bands based in the north of England, Kyami takes all the attitude associated with the indie scene and channels it into a kaleidoscopic swirl of pop-leaning R&B.

Now, having signed to Heist or Hit (pizzagirl, Eades), “Stars” marks the beginning of her new EP, expected to arrive in Spring 2022. Low-key beats set the lackadaisical pace, while distant plucks and chimes offer a dulcet tone.

Across the track, Kyami wrings sonic joy from pensive thoughts. “The song is essentially about society and how we treat others because of exterior variables that affect what boxes other people put us in,” she comments. “Variables such as socioeconomic status, race, and sexuality, when in reality, we’re all just humans that need to be treated with love and respect.”

“Stars is about having enough of peoples’ negativity towards each other but still taking that negative narrative and flipping it into a positive one. We’re only human and so minuscule in the big picture of the universe...there’s no reason to be mean and nasty to others.”

“Stars” is out now via Heist or Hit. Find iamkyami on Instagram.