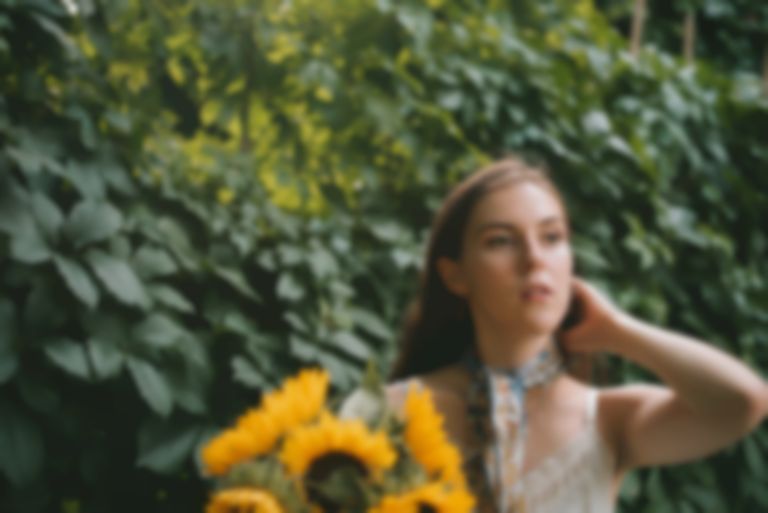 Grizzly Coast, or Alannah Kavanagh as she is otherwise known in day-to-day life, exerts her poetic gift on the jangling new folk-fuelled track that brims with the hope that comes after recovering from a relationship which has come to an end.

Rather than brooding over the smaller details of what went wrong in the relationship, Grizzly Coast uses "Zuzu's Petals" as an opportunity for finding hope in her new solitude. She explores the freedom of enjoying her own company and, in short, doing whatever the hell she wants to do, whether it's eating honey straight from the jar or getting home late, no one is going to stop her.

The song overflows with an infectiously upbeat melody, where the guitars twinkle with explosive happiness and Kavanagh's words are delivered with something of a self-assured wink as she sings "I'm finally free".

Explaining the inspiration behind the song, the Toronto-based artist says "'Zuzu’s Petals' is about the feeling of self-assurance, something that struck me on a refreshing upswing I was riding after going through a breakup. Finding simple luxuries in both solitude and community, and really focusing on music were what brought me back home to myself. With the songs upbeat tempo and lyrics, I was trying to evoke the excitement you feel when you’re inspired by the boundless possibility that exists in your future."

"Zuzu's Petals" will be available everywhere on 31 August.