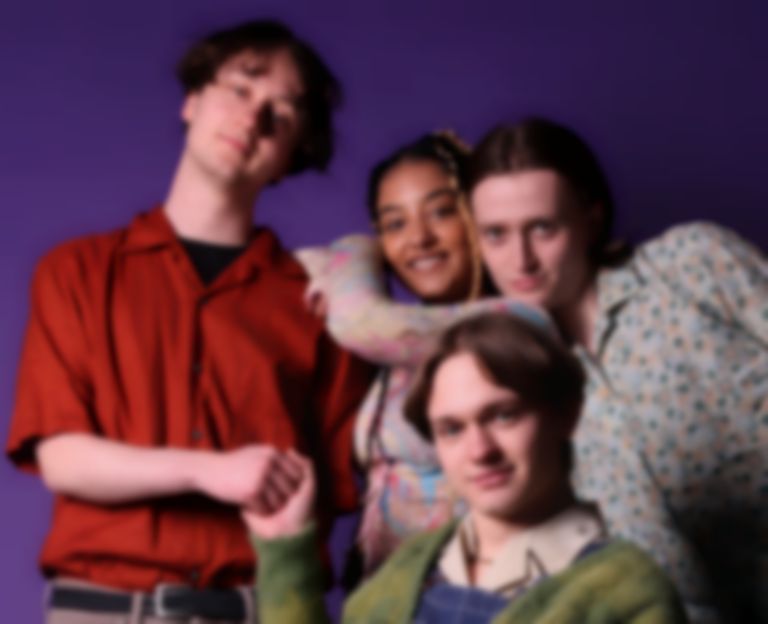 With the release of their new single "R&B", the ever-exciting English Teacher prove they could be your new favourite band.

As far as Northern cities go, Leeds probably isn’t the first place you’d think of as a burgeoning hotbed of fiercely independent and DIY bands. Often overshadowed by its neighbours further along the M62, it’s precisely because of this that Leeds’ music scene is as vehemently independent and self-sufficient as it is.

Lethargic is one thing "R&B" isn’t however. Fraught and frantic perhaps. Imbued with a dry wit and self-awareness certainly, but no-one’s about to level any accusations of indifference at English Teacher.

Harbouring a cloying sense of paranoia that only increases as the track progresses, there are elements of bands such as Slint and Sonic Youth at play. Rather than feel like a ‘90s throwback, however "R&B" succeeds feeling not just contemporary, but vital. Providing both a short, sharp gut punch and insight into Leeds’ ever-growing indie scene.

"R&B" is out now via Nice Swan Records. Find English Teacher on Instagram.