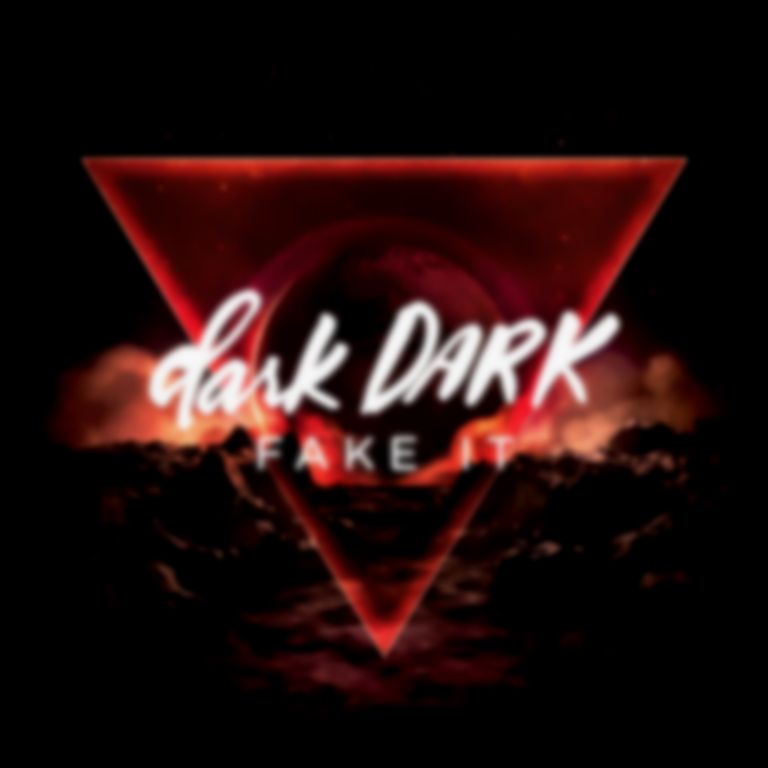 Following the success of their buzzy, downbeat debut “Moments”, LA duo darkDARK release their new single “Fake It”, premiering on The Line Of Best Fit.

On “Fake It”, the band - made up of Genevieve Vincent and Chris James - add some clout to the sparkling electro-pop of their previous release. Heavy distortion and delay are key components of the track, creating a beefy foundation over which the pair lay driving percussion and ethereal vocals. “Fake It” is the kind of song you’d except to hear in a sci-fi soundtrack - it’s grandiose, cinematic, and utterly futuristic.

“”Fake It” is about mistakes,” the pair explain, of the track’s lyrical inspiration. “[It’s about] the imperfection of people, and accepting that. We all strive for perfection and aim to be our best selves, but ultimately it's our flaws and mistakes that make us interesting, complicated and beautiful. For someone to have that kind of faith in you, and think of you as your perfect and best self is a very pure and sweet feeling. Ultimately it is about acceptance.”

Check out darkDARK on Soundcloud.