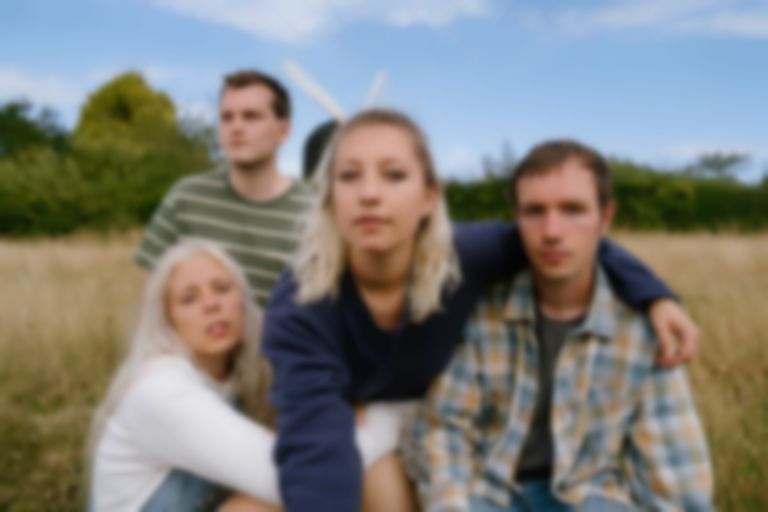 Taken from their upcoming EP After Party released via Chess Club Records in April, Isle of Wight four-piece Coach Party are back with more peppy candour on "Everybody Hates Me".

There’s a real knack to making music that's both relatable and enjoyable, and Coach Party excel at doing just this. Choosing to confront their demons in the form of a spry indie bop, they voice all of our crippling anxieties and package them up in rowdy mosh pit-filling anthems.

“'Everybody Hates Me' isn’t a metaphor for anything; it’s literally about those times when you convince yourself that everyone, including your best friends don’t actually like you and your self-confidence is so low that you don’t even blame them,” says the band's vocalist Jess Eastwood.

How refreshing to hear someone concede the bits many of us struggle with - the facets of our characters that society tells us are unsavoury (“I’m boring and unhappy / I really like affection / I’m jealous and controlling”). Amalgamating these everyday struggles with scuzzy riffs and sunkissed melodies in the way Coach Party do, helps to normalise those often difficult to comprehend emotions, giving everyone a sense of solidarity.

"Everybody Hates Me" is taken from their forthcoming EP After Party, which was written amidst the tumult of 2020 and was recorded, produced and mixed by the band’s own Guy Page. “Each song on the EP came quite naturally to us," explains Eastwood. "Many of them are about difficult people, whether that be work colleagues, family members and even ourselves. In other tracks we talk about whether we’d be okay on our own and dealing with self doubt and lack of trust. It’s self deprecating, but in a positive therapeutic kind of way." And that’s what Coach Party are; therapy, for a generation who are constantly told to be open and honest about how they’re feeling, but in the same breath also told they must constantly thrive to be a better version of themselves. Confusing. Thankfully Coach Party are here to tell it like it is.

"Everybody Hates Me" is out now via Chess Club Records and After Party will release 20 April. Find Coach Party on Instagram.