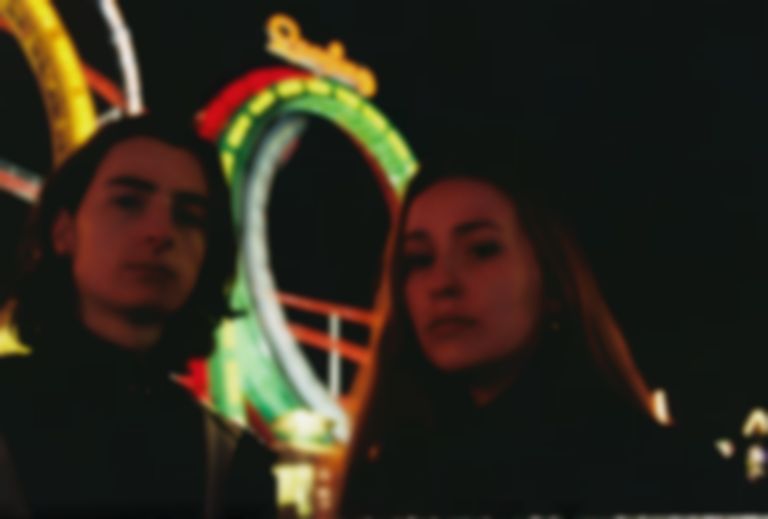 What were you doing when you were 19 years old? Were you producing some refreshing R'n'B? Were you singing sultry, soul-inspired melodies over a sparse beat to thrilling effect? No, thought not, but that's exactly what new Barbican-based duo Blood Beach are doing.

The pair, comprised of vocalist Lucy Hayes and producer Sleepy Eye, met whilst at the Guildhall School of Music and Drama. They have since brought their impressive range of skills together, and - to be frank about it - it's very much a match made in heaven.

Their debut track, "Your Eyes", features luscious vocal melodies, where Hayes and Sleepy Eye both take turns in the limelight in a kind of call-and-response style set up. Hayes' caramel vocals are particularly striking, effortlessly gliding above Sleepy Eyes' immaculately placed beats.

Wrapped around the apparent sultriness and seductive lucidity of the entrancing melodies is a sense of longing as the song is based around the repetitive refrain of "Tell me lies / Tell me the tale in your eyes" that rolls around again and again, pleading for an answer.

It may only be early days for the pair, but it'll be exciting to see how they grow and where their experimentation will take them next.

Blood Beach's debut EP is set to come out later this year.