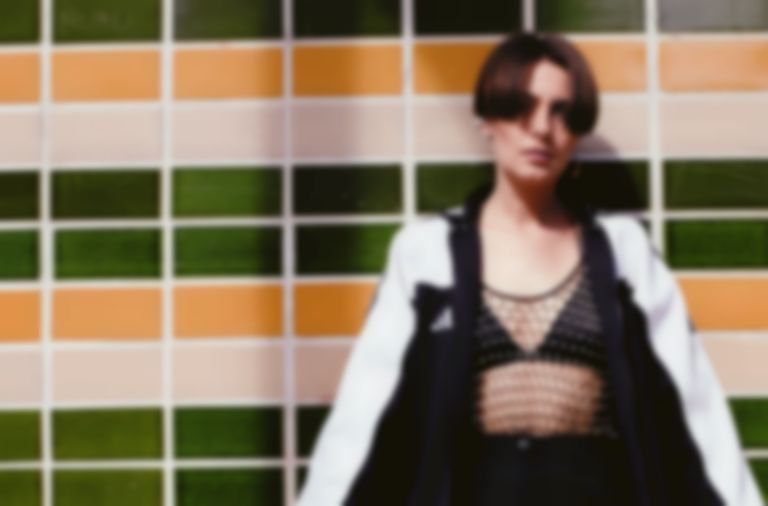 Danish sensation Blondage challenges the modern female pursuit for perfection in “Over It”, the latest outing from the forthcoming EP I Love Music.

Previously of the Rangleklods and now flying solo, Danish singer Pernille Smith-Silvertsen embarks on the next stage of her solo career with the announcement of new music. Going under the moniker of Blondage, it’s fitting that the new single “Over It” is about the challenges faced by modern females in their strive for perfection.

As the third track to be taken from her upcoming EP I Love Music, “Over It” follows on in similar style from the minimalistic “Breakfast In My Bed” and the guitar-laden “Juice”. With a sound reminiscent of Tove Styrke’s earlier days, the track has enough rolling hi-hats and electronic flourishes to keep fans of fellow Danish trio Off Bloom smiling. It is straightforward and simple pop done well.

The accompanying video - made with collaborator Zille Sophie Bostinius - incorporates a tongue-in-cheek mockery of the wealth of YouTube make-up tutorials and manages to stay just the right side of absurd. “I wanted to imitate a classic make-up tutorial because, first of all, I think it’s a widely fascinating phenomenon, and secondly, it says something about our need to stage ourselves and reap the admiration of others,” says Smith-Silvertsen of the inspiration behind the video. “It is totally human and I do participate in the game myself, but social media has enabled our self-cultivation to an extent that is also extremely disruptive and honestly quite creepy.

"I wrote 'Over It' after going to a pool party in Hollywood Hills in Los Angeles during a songwriting trip,” Smith-Silvertsen continues. "At one point it was as if I left my body and looked at the whole scene from the outside. Fake laughter, overly exaggerated gestures and groups of people surrounding the important ones like bees buzzing around honey jars. It threw me right back to the school yard in 7th grade where I had no clue about how to navigate the social hierarchy - which I often still don’t.

"We’re all part of one big social game about who’s hot and who’s not, and you have to grow some serious bullshit detectors in order to survive it.”

“Over It” is available now via Playground Music Scandinavia, with the EP I Love Music to be released 28 February. Follow Blondage on Instagram. Blondage performs at Ja Ja Ja Vienna on 31 January.