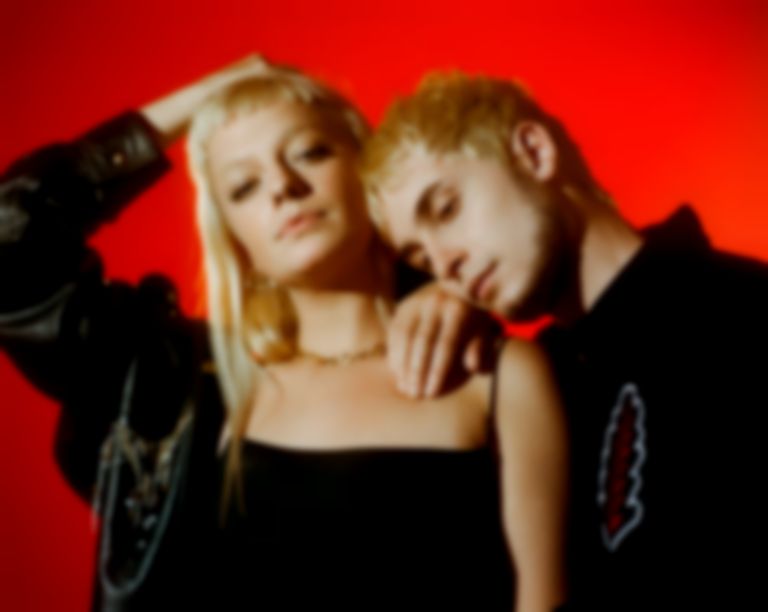 Electronic, theatrical, hypnotic: Hackney duo 0171 are bursting out of the starting gate with a captivatingly unique debut that will have you hitting repeat from the get-go.

At the core of "1000 Words" is its monotonous, incessant lyric, looping and swirling in and out of coherence like some kind of psalm – a Gregorian chant for the digital age. Subtle vocoder is applied to the voice of lead vocalist Joe Bedell-Brill, which – along with bandmate Georgie Hoare's occasional harmonies – pulls attention relentlessly to the track's unique, bizarre concept. Bedell-Brill doesn't seem to breathe as his words overlap and intertwine; a once sensible narrative mutating into controlled, clinical chaos as the track progresses.

"We like to sing about nostalgia, looking back at your life, memory, and how that shifts and changes," the band explain of the track's inspiration. "We’re building memories upon memories, and storing them. Like the pile of old phones you have in your parents house. Or all the stuff you’ve made, which you record on hard drives but leave in a room. There are all these forgotten fragments."

Obviously, there's more to "1000 Words" than, well, the 1000 words it contains. Hoare and Bedel-Brill hoist their ambitious ideas against a perfectly executed backdrop of spacious, disco-infused synth-pop. Decisive keys and meticulously applied distortion swirl deftly beneath the lyrical performance, with production that nods to the greats of modern electronic music, such as Daft Punk and Giorgio Moroder.

On their first release, 0171 show they're not afraid to take risks and step far beyond the ordinary. They transgress – and indeed transcend – all norms and expectations of songwriting, creating something utterly unique and undeniably brilliant. We're hooked.