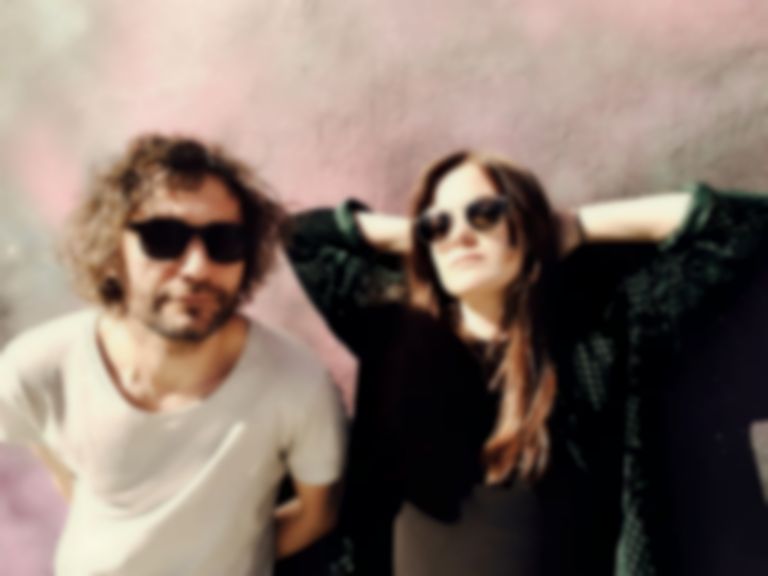 We've enjoyed the early singles of Norway's Misty Coast (including "Funny World" and "Leap Year") and now the duo are set to release their debut album tomorrow...and we're able to bring you it a day early.

Linn Frøkedal and Richard Myklebust make up the Bergen duo, and Misty Coast stay true to their west coast roots by giving us a brilliantly hazy, woozy and noisy record which fulfils the early promise of those singles.

Below, the band talk us through the making of the album - and you can also stream the record in full.

"When we started recording Misty Coast we didn’t know that it would turn into this project. We just had a lot of late nights in the old studio of our other band, The Megaphonic Thrift, where the two of us drank a lot of red wine, listened to the rain outside and jammed on instruments we don’t normally play. Richard put down some juicy bass lines, while Linn came up with some quirky guitar melodies. We had no snare, so we clapped it with our hands. These lo-fi recording sessions went on in our apartment in Bergen, where we recorded most of the stuff on really low volume to not bother our neighbors in the middle of the night. Suddenly we had a lot of material that didn't fit into the universe of The Megaphonic Thrift. And we really loved our new minimalistic approach to music, where we built everything around a very simple beat, and only let the most direct and almost naive melodies survive. ‘Less’ really became the essence, and we never kept anything for the purpose of filling up space.

"We brought our recordings to one of Bergen's most talented young producers, Matias Tellez (Young Dreams), who worked his magic into the songs. Kim Åge Furuhaug (who also plays the drums on most of our live shows) spiced up some of the lazy 808 beats with real drums, and Mira Tiruchelvam (9 grader nord) played some lovely Tamil flute on two tracks. The fabulous Sir Dupermann mastered the album.
The lyrics often circle around the memories of all the strange places we’ve been and all the weird people we’ve met, and how it sometimes feels like everything around us is just a play to the gallery - and how everybody (including ourselves) is faking it. We got inspired by the beautiful The Truman Show, our Turkish taxi driver, our short term depressions, our funny and brave friends, our heroes and all the drunk, charming people hanging out in the bars we manage - and how they change their ways during the night, turning into tiny monsters."

Misty Coast is out tomorrow via Brilliance (NO), Club AC30 (UK) and Old Flame Records (US).