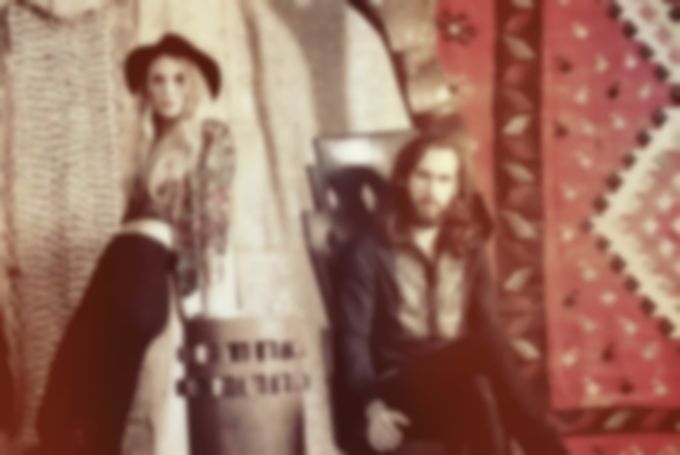 We’ve been carefully watching brother/sister duo Wild Belle with eagle eyes these past few months as they’ve slowly seduced the masses with their infectious blend of dub, reggae and pop. Thankfully, flawless singles ‘Keep You’ and ‘It’s Too Late’ are proven to be just a mere hint of what this pair are capable of as Isles, the debut album, proves with an understated effortlessness.

Out via Columbia on 11 March, stream Isles in its entirety below - exclusive to Best Fit one week before release. Directly below the stream, read through the duo’s own thoughts and inspirations behind each track.

Keep You
Keep You was the first single that we released and it served as a mission statement for the band. We put out a 12” on our own label, Sandhill Sound, and that was what got the ball rolling for us. The song has a reaching melody, and a longing lyric, so we tried to capture some of that emotion with the sweeping strings and synths. The saxophone sound became one of the things that we kept going back to as we finished the record. We tried to make it sound like it was exploding.

It’s Too Late
This song was inspired by a Sound Dimension track, and also a man who doesn’t know when to call it quits. It’s simple, melodic bass line is the foundation, and from there, we layered the song up with a Linn Drum, Hammond Organs, and some electric kalimba loops that come in under the saxophone melody.

Shine
Shine started off as another of Natalie’s Garageband opuses. The beat is straight out of the box, but we couldn’t beat it, so we kept it! We were listening to Marvin Gaye’s Got To Give It Up at the time, and we loved the energy of the track. All of the percussion and layers of party vibe make it such an amazing recording. We can’t claim to come close to that level of classic, but we did our best with cowbells, handclaps, and of course, saxophone. It’s the only track on the record where I play tenor instead of the usual baritone.

Twisted
Another song about a man who’s getting it all wrong, and thinks that money can buy him some love. Natalie sings from the perspective of the man “what’s the definition of love if it isn’t material things?” and to me, it echoes Joni Mitchell singing from the perspective of the record executive in “Free Man in Paris.” This tune has a plucky high-life inspired guitar pattern. We really love the Hallelujah Chicken Run Band, and some of their guitar work rubbed off on this song in particular.

Backslider
Backslider was the last song that we recorded for the record. It’s about a person that keeps slipping back into old habits and revisiting old flames. It came together in a couple of days in the summer, and then we shot the video for it right after that. Our brother was home from college in California, and he hung up a sheet in the back yard, and we projected images from our mom’s slide collection on the sheet with Natalie dancing in front of it. It was a simple idea, but something about those old slides really captured our imagination.

Happy Home
Happy Home started with a Casio beat and a repeating bass line. This was one of the first songs that we really dug into in the studio and it took us a while to find the “magic button.” Erik plays an explosive guitar part that takes the song into a different place than most of the songs on the record. It’s a slow jam, but it’s really fun to play live.

Another Girl
Another Girl is one of the most bluesy songs on the record. It’s another song that pulls inspiration from the Motown catalog and Mr. Marvin Gaye in particular. Natalie’s backing vocals pull a bit of vibe from the “I heard it through grapevine not much longer would you be my baybee” chorus, and provide a nice bed for the lead to plead “didn’t I treat you right?”

Love Like This
We wrote this song while we were mixing Keep You. There was a beautiful Hammond B3 at the studio, and sometimes, when you sit down at a great instrument, songs just sort of pop out of them. The organ part was the start of this song, and then we coupled that with a great little drum machine called the Electro Harmonix DRM 16. It has a “Reggae” preset in it, and somehow, the combination of those two things set us off in the right direction. This is one of the songs on the record that takes a more hopeful glance at love.

When It’s Over
This is the song on the record that I take the lead on, and Natalie penned this one for me right after I got out of a long-term relationship. It bops along until the end when our friend Justin Walter plays some floating synth lines on his EVI, (electronic valve instrument) which is an analog synthesizer that’s controlled by a trumpet type device. Look out for his solo record coming out on Kranky in the next few months.

June
June is a song that is about our mother. It’s full of memories of her, and it’s another side of losing love…She was an inspiration to both of us growing up, and a very prolific artist and writer. We ended up using one of her paintings from the 70s for our album artwork.

Take Me Away
Take Me Away was the B-side on our first 12” single, and we thought that it served as a nice bookend for the record. It’s got all of the Wild Belle signature sounds tied up in a nice little pop song. Natalie plays some mean autoharp, chamberlain strings, minimoog, and we even manage to get some saxophone and electric kalimba in there.