“I don’t know any music creator, producer, or any songwriter out there who enjoys having unfinished work on their mind. It does kind of weigh pretty heavy. It did take us a while to do it, but I never had any doubt that it would get finished.”

“At the moment, I’m just thinking about where I can buy some pasta,” Nigel Godrich chuckles when asked about the prospect of future musical ventures almost a week on from the release of Ultraísta’s second album, Sister. This air of nonchalance no doubt comes from the familiarity of releasing music amidst a global meltdown.

Eight years previously, Ultraísta – compromised of Laura Bettinson (FEMME, laura.ra) Joey Waronker (REM, Beck, Atoms for Peace) and Godrich (Radiohead, Beck, and Air) – were in the touring cycle of their eponymous debut album when they found themselves being hit with a wave of unfavourable circumstances that threatened to disrupt their harmonious beginnings. Whilst the outbreak of COVID-19 can be deemed as somewhat of an inconvenience, it certainly isn’t enough to dampen their spirits.

According to the reaction of their fans, it’s almost as though Ultraísta have created “the soundtrack of Armageddon,” allowing listeners to find an element of catharsis from the chaos around them, by using the songs as a form of escapism. As Bettinson recalls the lyrics to “The Moon and Mercury” there’s a strange sense of foreshadowing that ensues...

“It’s insane that we’re possibly about to go into lockdown and the final words on our album are, ‘I don’t know what it means to find myself alone’, you know, it’s like, did we see this coming? The timing is weird!” 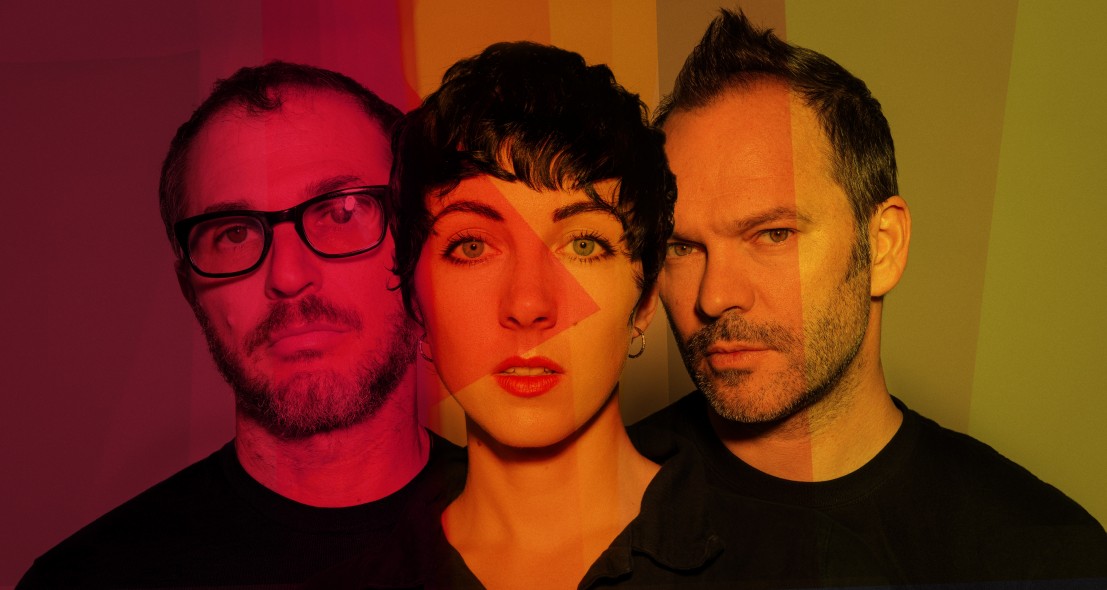 Whilst time is of the essence for many artists who are constantly chasing the next release, Ultraísta as a musical project was conceived with the idea of being an extra vessel for their creativity to flow, which is why there was never any rush in putting out more music. As is the case for most people who are balancing a range of projects, the trio simply had a case of life getting in the way.

Bettinson explains, “I think we’ve only really ever done this – made the music and made this project – because of the love of doing something, the love of making something. We didn’t have the label or the machine around it forcing us to make another one. We didn’t even know if we had the fans forcing us to make another one, realistically! We just made this for ourselves and then that’s it,”

“I don’t know any music creator, producer, or any songwriter out there who enjoys having unfinished work on their mind. It does kind of weigh pretty heavy. It did take us a while to do it, but I never had any doubt that it would get finished.”

Godrich adds, “sometimes you do get a lot from having deadlines and being forced to do stuff, but also you get something different from being able to take time, and it’s a different kind of beast in the end, and this is definitely a kind of labour of love,” later slipping in jokingly that the finishing album was “driven by guilt.”

Sister was born out of a series of improvisation sessions in which the trio built a stockpile of material to choose from, but it wasn’t until the frenetic and oscillating power of “Tin King” was put into an assemblage of songs amongst the ethereal and meditative nature of “The Moon and Mercury” that Godrich was able to build a framework that allowed him to sculpt the rest of the album.

Decoding the process of putting it all together, he explains, “I’m very much into having a flow. You wanna have a record that you can put on and listen to the whole way through, [so that it] has a kind of logical arc to it.”

As someone who has amassed a body of work that spans over two decades, it’s fascinating to listen to the cogs turning in Godrich’s brain as he delves ever so slightly into the way he approaches production.

Describing himself as a “happy dinosaur” in the sense that he still thinks in terms of vinyl when contemplating the journey on which an album takes the listener, it’s almost comparative to film.

In Bettinson’s own words, Sister sees Ultraísta introducing more song writing to the mix, as opposed to “just shit that sounded cool.” The result is a body of work that still retains authenticity in its abstract lyricism, but is more developed in its acceptance of being a little bit more vulnerable and open.

Bettinson’s voice serves as an additional instrument and takes on an amorphous fluidity in songs such as “Save It ‘til Later” and “Water in My Veins”. By looping her vocals and layering keyboard riffs on top, Godrich adds that these samples are often the flowerbeds which allow the organic roots of the song to blossom.

Bettinson’s ability to take the human voice and turn it into something repetitive which resembles a layer of music is what drew Godrich and Waronker to wanting to collaborate with her, in the first place.

Reaching into the depths of why we tend to be drawn to the humanity of music, Godrich contemplates that perhaps you find yourself being drawn into a soundscape because, “the human voice is so powerful; it’s something that we try and emulate. A violin is just an instrument that is trying to emulate a human voice. That’s the idea of melody in music – we’re just emulating that thing, so when it all fits together, that means it’s working.”

With the knowledge that Sister evolved from a series of jam sessions, it could be an easy mistake to extrapolate that the result is simply an amalgamation of a few experiments.

Instead, by approaching the listening process with more concentration, there is a multitude of layering that begins to unravel – something that is intrinsic to their craft. Nigel casually, and somewhat amusingly, compares this process to “sticking your hand in a huge sack of lentils, and occasionally pulling a pea out.”

The idea in all of this is to be able to get together and pull some magic out of the air. Whether it be creating visuals or album artwork, Godrich emphasises that a majority of the creative output from the band is done so with their own hands.

After all, Ultraísta is “not just a musical thing, it’s a chance to do something artistic...” Describing having control over aspects like the music videos and being able to let your imagination go wild as an incredibly fun thing to do, he continues, “It’s like being the lunatics taking over the asylum.”

By looking at Sister in a similar vein as film, the concept of beginning, middle and end, is something which plays a prominent role in understanding the body of work as a whole.

Metaphorically, and physically speaking, you are embarking on a journey that, whilst may having been eight years in the making, is still as urgent and relevant today, as it would have been if it was released a few years earlier – which goes to show the timelessness of music and its resilience to social circumstances.

That Sister is serving as reprieve from the unfolding chaos around us is testament to Ultraísta’s ethos of creating something because it feels right, not because there is an agenda.

The pure intention of it all is what inspires human connection, and the ability to shut out the world around you, in order to connect to a combination of fleeting magical moments is what makes Ultraísta’s music all the more enjoyable to listen to. The album itself evokes a sense of belonging that transcends time and space, which is an idea that many people need to hear, in these trying times.

Sister is out now via Partisan Records