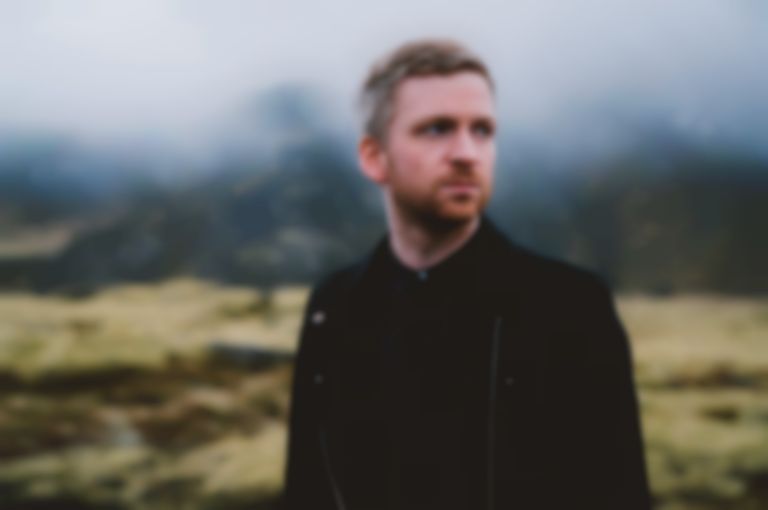 I meet Ólafur Arnalds in room above a chip shop in Reykjavík.

It's actually his shop - a chunky chips and dip concern that represents a long-held dream to reframe the humble french fry to his fellow Icelanders.

"We were always touring and we were in Belgium a lot and for years I wanted Iceland to realise the amazingness of chips with sauces," he tells me. "Icelandic people always look at chips like something you put together with meat but it's actually food! I talked about it for like five years: ;we need a place like this in Iceland.' Then I met this guy who was actually pitching me the same idea and was looking for an investor. I was like "dude! That's what I want to do!". He actually made the place and I'm more like a partner in the ownership."

It's the last day of Airwaves and we're also a few days into Arnalds' thirties - and the still fresh-faced poster boy of neo-classical seems content to leave some trappings of that decade behind. "It's always been a part of my whole story, through my labels and my team, talking about how young I am - cos I was when I started touring and I gained a fan base very young but I'm not anymore. But I feel like everyone is still saying that, out of habit but suddenly I'm thirty.

"I've been joking about the fact that this year might be the year they'd take the word 'wunderkind' out of my press release."

Reflecting on the his ten years - a decade bookended by his debut album Eulogy for Evolution to this year's Island Songs - Arnalds talks me through five big things he's learnt.

I think for me the art of understatement is what I've learned. We were talking yesterday about re-releasing my first album because it's the ten year anniversary of my career as well as my thirtieth birthday. I'm really afraid to listen to it - because I haven't heard it in years. But looking at that record, if I wanted to express something big, I would make big music. If I wanted to make something sad, I would pull your heartstrings out. Now I feel like you can understate things and that's much harder but when you do it well it's going to be much more powerful.

It's something I've learned as a producer too. I don't do it so much these days but in the past I've produced records for lots of other artists and I remember this one record - and I'm not going to name the band - but my whole job as a producer was to tell people not to play. That was 90 percent of what I did for that album. Because every song had everyone in it. It was messing and full-on and there was no dynamics. My job became saying "hey, on this song, only you. No-one else. This other song, just the two of you, the rest of you have nothing to do. There is seven of you, that's too many." It was so hard for them!

I would like to say that I'm learning something every day though. Those big eureka moments come in retrospect. Creating is a struggle but in retrospect you can see the difference in albums, see what you've learned between them.

The beauty of live performance lies in its imperfections. Otherwise you can just be listening to a CD. The live situation is not the same as a studio situation so you shouldn't play like you're in a studio. You shouldn't try to present your music like you're in a studio. It's a whole different thing. Live performance should never be about playing the greatest hits and what people want to hear on an album - and certainly not playing it in the same way as on an album. The reason for why songs are arranged the way they are on an album is because of the situation in the studio and speakers and the listening experience. The situation in a live concert hall is way different. You should never go there and play the song in the same arrangement. It most likely needs to change to attune to that situation.

It needs to be human. That's why people come to concerts. That's why mistakes are okay, that's why surprises are okay and imperfection is super important live.

On Reykjavík and Iceland

It's changed so much, it's not the same city it was. It's harder to find the same things about it as I used to love. My emotional connection to this place is getting less and less. I still love it but a few years ago you could have asked me and I would have said it's unthinkable that I could ever move permanently to anywhere else. If you asked me today I would say, 'yes, I like it here but why not go somewhere else?'

A lot of the things that made it so special have been taken away from us in the last few years but I believe was can also find new things. All cities are forever changing and as soon as we expect them to be the same we turn into 'old man yells at cloud'. I don't want to be that person.

I think Icelanders are inherently always the same. No matter how endearing people like to think we are, the general population here is like any other European country; we're greedy, individualist.

We have this history of being this small island that no-one has ever heard about and you see then when foreign media talks about Iceland. News here is about when The Guardian mentions us. "Oh! They know who were are!" Everyone has this need for us to be noticed and that can result in really bad things.

I think I've been going regularly for the last ten years but as a fan of music I learnt very early that headliners don't matter. Don't go to Airwaves with the aim of seeing something specific - just go and be there and have fun. Some years I've been there and I just stand in the foyer of Harpa and meet people and don't see any music. Those years are just as much fun as the ones where I try and catch 30 bands. If you have the aim of seeing a certain band you might miss them - and at the cost of seeing someone else because you've spent the night in a queue.

Go where the flow takes you and catch whatever is there. There are no bad times at Airwaves. You will most likely not see something of very low quality.

It's been a big revelation for me in the last year or two but nobody is inherently good or evil. I don't believe in that. There's a great idea called the personality myth: that people don't have them, we just like to see personality because our brains can't comprehend things otherwise. So when people have done bad things to me, I try not to judge them by their actions. Their actions are always an impulse in a situation. A lot of scientists say that your habits and what your brain has learned is probably less that fifty percent of the way you react. So the whole idea of freedom is ruined - we only react based on the situation. I try to believe that if we change the situation then it could change them as a person, make them better. That's the way I like to look at crime, at drugs.