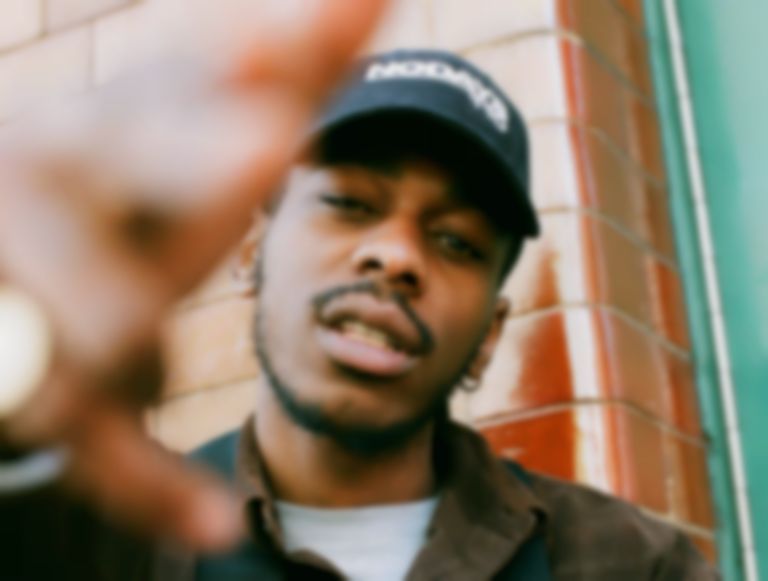 Settling comfortably in a unique position within the UK rap scene, Knucks' blend of new and old school hip hop has prompted listeners to sit up and take notice.

"I’ve always had a love for old school rap, samples and all of that, but I know that boom bap rap ain’t popping. No one really wants to hear that, especially over here [in the UK]."

Speaking over the hum of a secluded Shoreditch restaurant, rapper/producer Knucks is well aware of the gap he's bridging in UK hip hop. The scene's rapid development in recent years has led to the formation of distinct sub-genres – from the traditional, sample-based boom bap fronted by artists such as Loyle Carner to the trap/drill sound spearheaded by the likes of 67 – but Knucks' eclectic brand of rap refuses to take sides.

"This was something that I established from [when I was] young.” He says, describing the creative process for his debut project Killmatic, which he released in 2014. “I remember speaking to my cousin and telling him that I wanted to make a sound where it’s old school samples but with trap elements. I just felt like the two gelled together so well."

Knucks’ style is smooth and effortless, depicting tales of his upbringing in Kilburn, London and various romantic encounters, complementing his verses with intelligent bravado. His work earned him a deal with Island Records last year, a justification for the countless hours he spent honing his craft that began in the familiar setting of the school playground. This was soon supplemented by the discovery of production software Fruity Loops, on which he sharpened his production skills.

Knucks cites emcees such as Nas (with homage shown via Killmatic's title), Biggie, MF Doom and Curren$y as significant influences, in addition to the UK's Dot Rotten, Ice Kid and Youngs Teflon. His broad taste is also clear when discussing the producers that impacted his style the most. "I listened to a lot of Carns Hill because one of my favourite rappers is Youngs Teflon. There was a stage in my life - I think maybe when I was 16, 17, 18 - I was only listening to Youngs Teflon and, obviously, Carns Hill produces his music, so I think Carns Hill is very influential," he explains, before adding: "J. Dilla, in terms of sampling [and] I used to listen to a lot of 9th Wonder when I first started sampling."

With a clear idea of what he wanted to create, Knucks details how beneficial it is to have control over both writing and production. "When I tell people [that I rap and produce] they’re like, 'That must be difficult?' but I think I’m at an advantage compared to the majority of rappers because I engineer my sound. I know how I want to sound and it’s not a thing where I have to try and explain it to someone, you get what I’m saying? I know exactly what I want."

The artist believes his production abilities have "developed a lot" since his musical introduction, moving from purely sample-based work to the use of live instrumentation. This growth hasn’t gone unnoticed, and now Knucks says it's of importance to produce for others as well as for himself. “For me it’s fun. Obviously, when producing for myself I don’t have to ask anyone anything, it’s just whatever I feel like doing. But when there’s someone else, I’ll do something and look at them like, 'Are you feeling that?' It’s like co-production. It can be difficult sometimes but at the same time it’s a good learning experience with an artist to learn what they like." 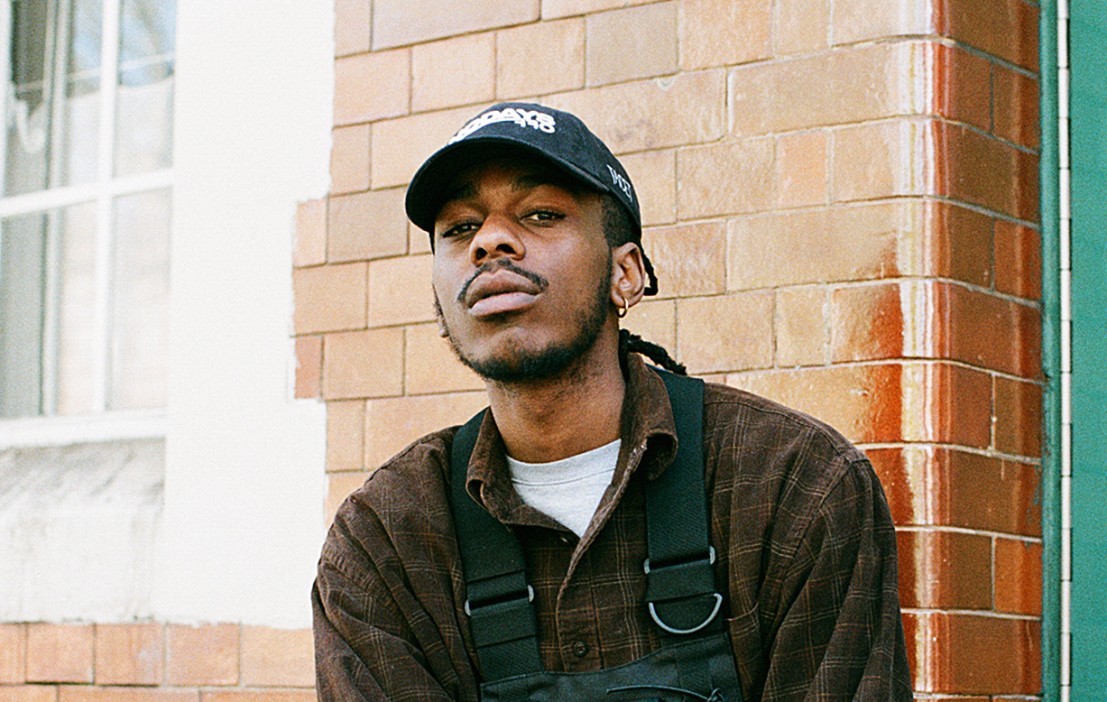 It was the success of singles such as the infectious "Big Kahuna", the sophisticated sound of "Breakfast At Tiffany's" and the 808-heavy "Cake" that led to Knucks' signing to Island, where he'll release his label debut NRG 105 in May. "We went to a few labels and some of them came to us," he explains. "But the thing with Island is that they had an understanding of me as an artist. They knew that it wasn’t going to be [a situation where] you could think about trying to get a chart-topping tune. It’s the slow grind. Twin B is the one who A&R’d me and he has a great understanding of UK urban music, so that’s why we went with Island. Creatively – and this is why I like Island – they don’t really get involved, they just know that I know what I want already. With the EP, the majority of the songs, I already had them, so there wasn’t too much that they had to tell me."

A cauldron of his influences, NRG 105 is packed with flavoursome flows, hypnotic melodies and witty wordplay. "It’s definitely got that sound that people know me for, but then there are other sounds on there as well," he reveals. "I think that’s partly why we did the project how we did it – where it’s not all one sound so that people can’t say, ‘Oh, but that’s not this’. If I come out from the jump saying, ‘I can do this, this and this,’ in the future when I try other styles no one is going to say anything."

The range of styles displayed on the project was the catalyst for its concept – a radio station broadcast akin to those heard in an era gone by. Knucks explains, "I always knew I wanted to do a concept [for the project]. They were all songs that had nothing to do with each other, there’s nothing that brings them together, but on the radio, the songs don’t have to sound similar, they don’t have to be the same vibe. I remember an old Grand Theft Auto game – that’s the vibe I wanted to go with, the groovy, old school kind of vibe. I liked the fact it was a parody of real life, it had humour in it, so I wanted to replicate that."

As well as a blend of different sounds, NRG 105 accommodates a mix of new and established artists, including appearances from Island labelmate Miraa May, Oscar #Worldpeace, Blade Brown (whom Knucks has produced for, including on Brown's forthcoming Bags & Boxes 4) and Wretch 32. 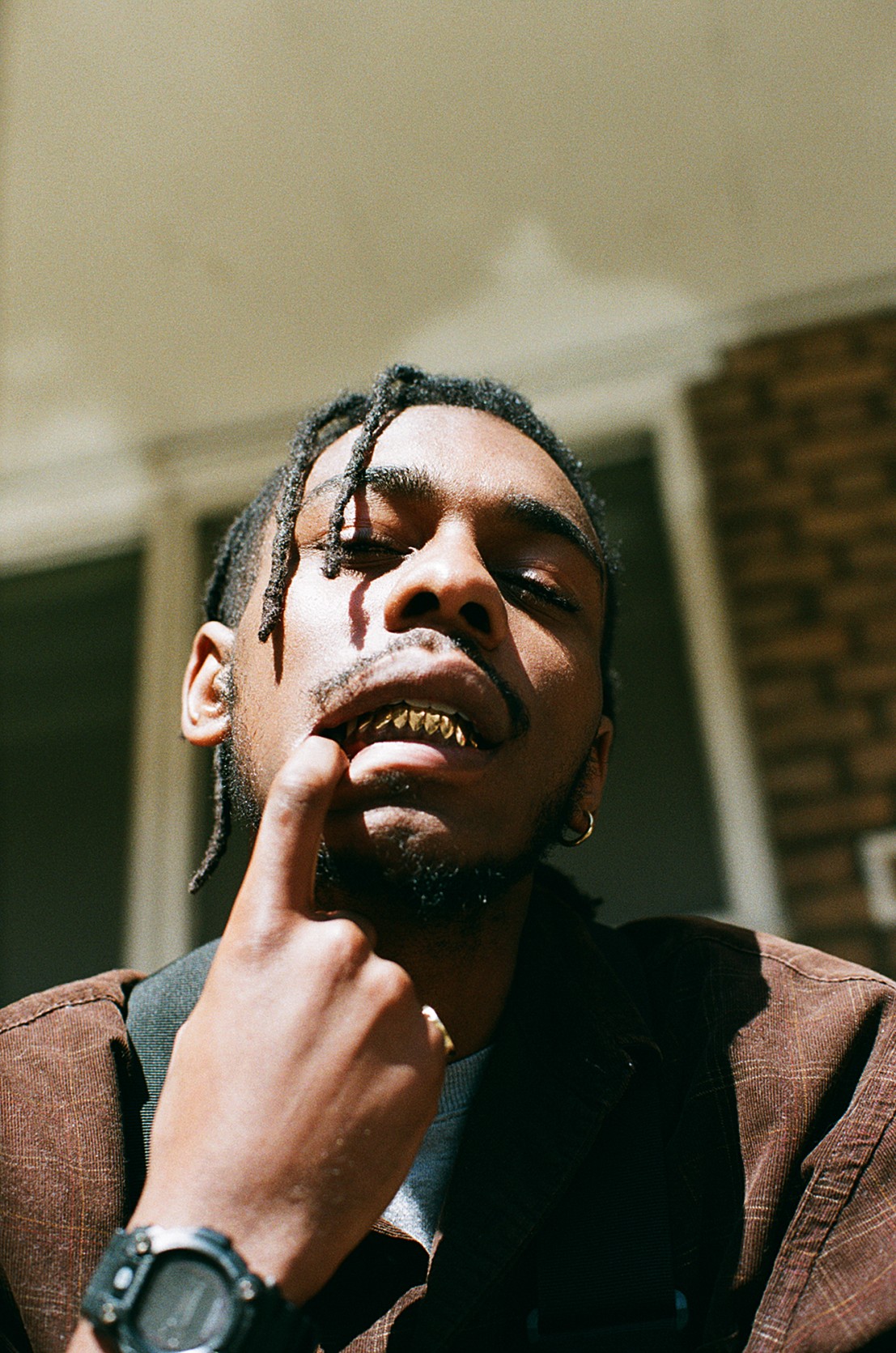 Some of Knucks' music has been supplemented by distinctive videos – such as “Breakfast At Tiffany’s”, which updates the film to a weed-smoke filled hotel room - that have been praised for accentuating his style, something that he attaches much importance to. "I work very closely with the director, Lx, and I feel like it’s important to have a director that understands you," he confirms. "Usually, it’s me that comes up with the concept, but he helps me expand on it."

Knucks also believes that musicians should not only strive to incorporate their musical influences into their work but also any impactful experiences from their personal lives, popular culture and beyond. "As artists, we’re like sponges. Everything we take in we put out into our music. The best artists do that because if that’s not what you’re doing then what are you talking about?" he asks rhetorically. "You’re meant to talk about your experiences and the things that you’ve seen. I’ve seen [Breakfast At Tiffany’s] and it kind of inspired me, it was the aesthetic of the film that brought that vibe. When I found the sample for “Breakfast At Tiffany’s” – the piano – it reminded me of the film. Making music is all about your life experiences, the things that you take in and just putting that back out there."

Knucks will support the release of NRG 105 with a headline show in London before the end of 2019, as well as a few festival performances this summer, including a third appearance at The Great Escape in Brighton. Speaking on the challenge of live performance, Knucks shares how it can take time to adjust from the studio to the stage. "It’s a learning curve because I feel like a lot of artists are introverts, they just sit in their room making beats and that, so going on stage is a new experience for them and they have to adapt. For me, when I first started [performing], even though I was good at putting on a brave face I was shitting it inside, but over time it gets easier and easier." 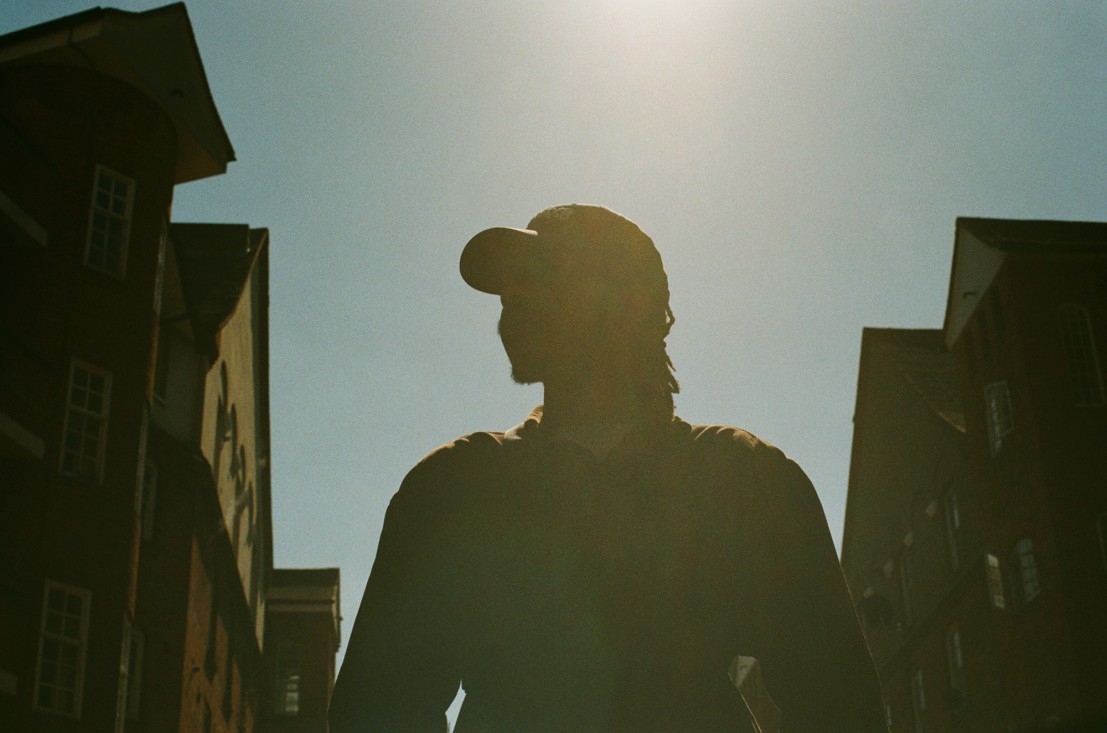 This year, Knucks will make his debut at the iconic Glastonbury festival as part of producer Swindle's set. Knucks' relationship with the artist that has been very impactful. "I love working with Swindle because we get each other musically," he says, citing their work on Swindle's album No More Normal and Swindle’s co-production credits on NRG 105. "There are a lot of people on [Swindle’s] tour that hadn’t been to certain places before. When I went to 1Xtra to do my Live Lounge,” he offers as an example, “that was the first time I ever went to the building… Working with him has helped me a lot and has introduced me to people that a guy from a South Kilburn estate probably wouldn’t be meeting."

On the cusp of his first release with Island, there is potential to feel under pressure from the expectations of others – or even his own – but Knucks is intending to take things calmly in his stride. “I just feel like my expectations are going to let me down. I’m not going to get what I want if I have expectations, so I just want to put it out in the universe. All I want is for people to hear it and just know I’m here.”