Joe & the Shitboys are four bisexual vegan punks holding a mirror up to the world with a nod, a wink and a fuck you to conservative society.

Abrasively jubilant, and violently joyous - Joe & The Shitboys are a band recklessly ready to tear through every town between their Faroe Island’s homestead and as far as their ragtag bag of tunes will carry them.

How they got here however is a mystery, most of all to the band themselves. “We just tried to make the shittiest punk 7”,” guitarist Ziggy Shit laughs while shrugging. “At the beginning at least, we tried to make sure every riff was really bad and people kept telling us that the riffs are great.”

Their whirlwind story begins a couple of years ago, when he was helping clear out an old school to be repurposed for student accommodation, amongst the rubble, ruin and paraphernalia, in the abandoned art room lay some artwork.

“I'll be right back,” Ziggy says. Disappearing from his box on Zoom, while vocalist Joe sits smirking, “This is exciting!” Reappearing from around the corner of his room (in that very same building) with a frame, flipping it around to reveal the artwork that adorns almost everything Joe & The Shitboys have released, merch and all, astonishment adorns his face.

Featuring crudely drawn weapons - a pair of shears, brass knuckles, a baseball bat, and a handgun - with “The Reson For Hardcore Vibes” adorning the top. It was fate. “I remember we were doing this session with another friend of ours, something that never turned into anything,” Ziggy recalls. “The artwork was just standing on a shelf and he kept asking if he could use it for his artwork. And I was like, ‘No, no, it doesn't fit musically. I'm going to use it for something else.’ It has to make sense.” 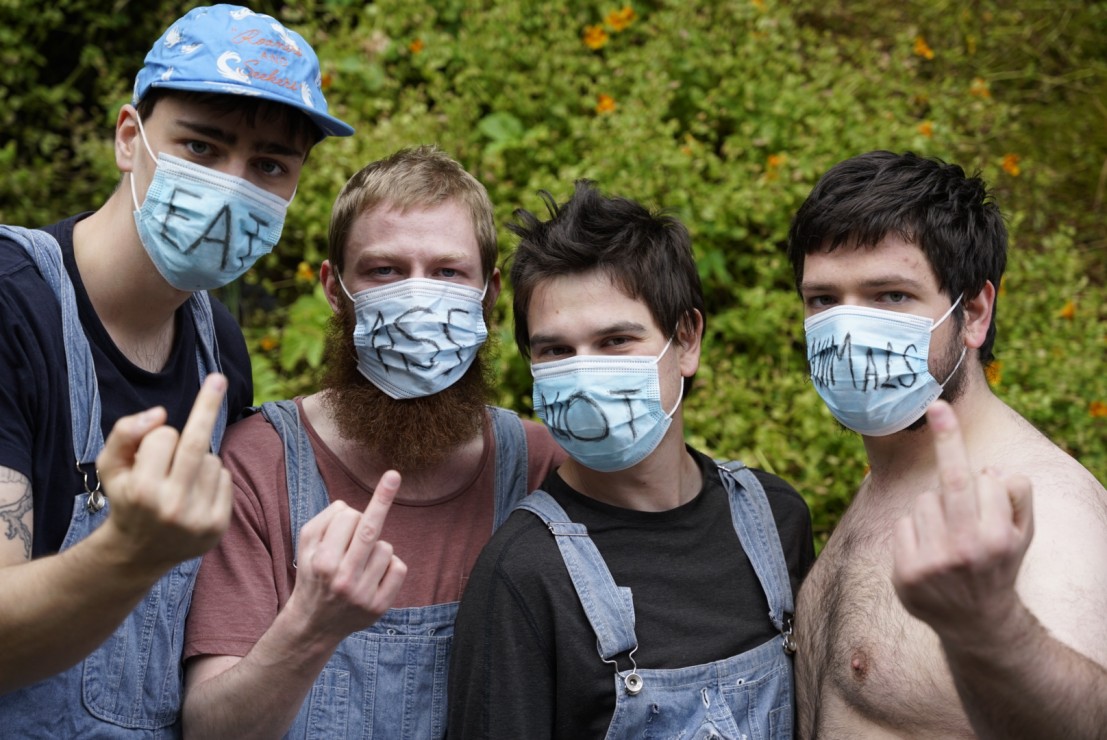 Emerging as a creature from the black lagoon, Joe & The Shitboys was built out of one idea: “The vision was always just [to] get the fuck off these islands.” Joe says succinctly. Both he and Ziggy are currently sat in their respective homes in the capital, Tórshavn.

“It seemed like a dumb joke. I figured maybe two people would think it was funny, and I would be one of them.” Ziggy laughs. “But accidentally we sort of hit something that people really like and we also all really like. There was this weird magic happening every time we recorded. Somehow, we've had the ability to write, rehearse and record a song an hour. I've never experienced that. We've [also] just been using this artwork over and over, until we get tired of it. We now have the weapons tattooed on us!”

Avalanching from their various bands around the small Faroe Island scene: Joe in a more prog, metal world - similar to Ziggy, though his endeavours were far broader as Joe puts it, he was in “like a billion other bands.”

“We've had a lot of dumb weird projects that never go anywhere,” Ziggy admits. “Everyone but Joe, in this band used to be in another band called Ranchus. We made an album and a 7” actually. There have been a few others and we kind of at some point just started focusing on a series of 7”’s, we're up to about 12? Like, producing that and creating this small world…this shit was just supposed to be one of them.”

Packed full of the kind of visceral punk that sounds like it could be stumbling out of CBGB’s in the ‘70s, or tearing down the California coast in the hardcore ‘80s, without any of the self-righteous bullshit that bogged down so much of those scenes. Instead, Joe and the Shitboys - guitarist Ziggy, bassist Sammy and drummer Johnny - are bringing that snarling snot-nosed sound into the modern world with modern views.

That’s not to say it was an overall easy transition for Joe to make. While fronting - and vocalising - progressive views that, let’s face it, should be the norm, was predominantly a stream of consciousness: “I wrote all those lyrics just like bam, bam, bam, bam.” He wasn’t necessarily as confrontational to begin with, admitting he “was definitely more prone to not spend my energy on these sorts of things…but now, I've figured out that it's okay to be a fucking dick about it!”

It was the response to the first album and their first shows that allowed him to confidently step into his accidental role as the assertive leader of a fists-in-the-air punk band.

“It wasn't until I think three months after we did the album that we played the first show and I was just sitting there at home and being like, ‘Fuck fuck fuck!’ I said all these things and it's finally gonna come out!" He laughs. "But the overwhelming praise that we received has helped me a lot. It's made me feel like it's a lot more okay to be provocative than I thought. So, maybe not the energy of it. But the responses really helped me.” 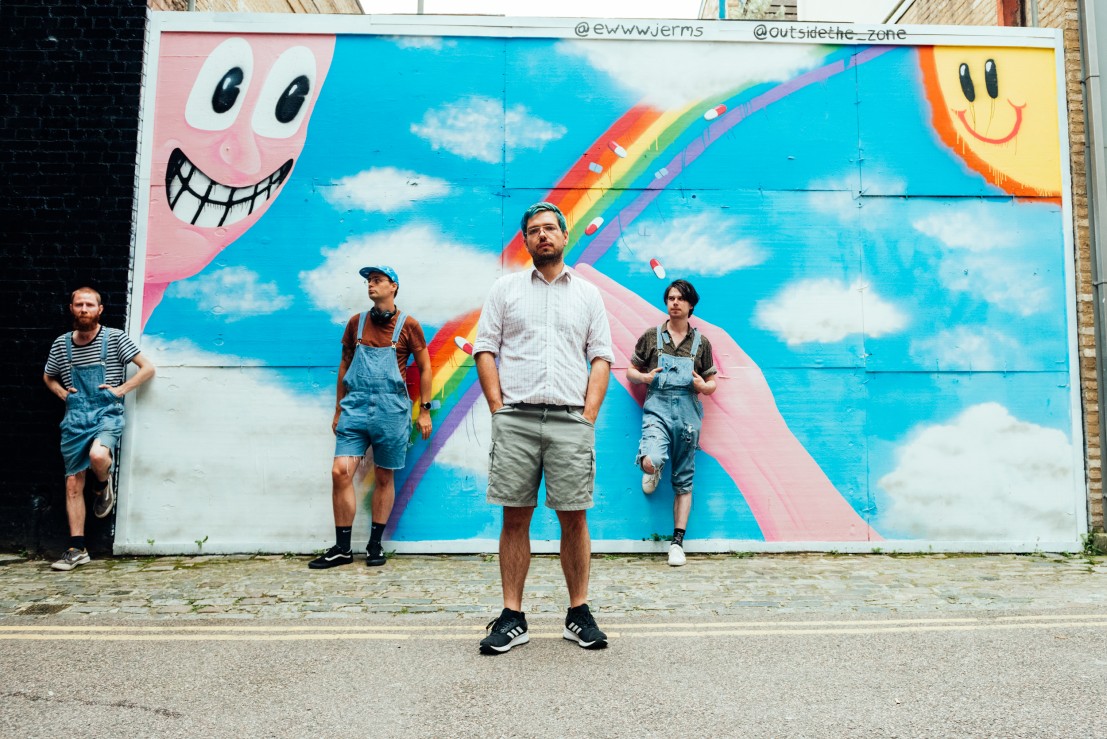 Each album toting songs dealing with everything from public transport man-spreading (“Manspreadator”), to challenging carnivorous diets (“If You Believe In Eating Meat, Start With Your Dog”), and protecting the planet (“Save The Planet, You Dumb Shit”) everything is made to confront. That is unless you’re a ‘Shithead’ - the affectionate name for their fans - in which case there are even songs crafted as calls to arms (“An Ode To Shitheads”). The band even have their own theme - “The Shitboys Theme”. Its all fun, but with a finger always clenched, pointing the truth back at you.

“All the shit we sing about, those are my actual opinions albeit stated very sarcastically. I really think that that sort of stuff needs to be said because like here, and probably elsewhere in the world as well, but especially here, you are taught that the neutralness of the room is the most important part of all in society,” Joe says.

“And that also means you can't confront all these injustices that you see because if someone is being a fucking homophobe or something like that, you're supposed to internally think that that's not okay. But as soon as you say something, you're the problem because if you didn't say anything, we would just move past this, but I don't want to move past it. I don't think that you shouldn't move past these things. They should be confronted.”

An important aspect of Joe & The Shitboys is that they’re open about where they come from. Situated slap-bang between the trifecta of Scotland, Iceland, and Norway - and also thanks to its archipelago state - the Faroe Islands has found itself in an enclosed, conservative way of thinking. While things certainly weren’t moving forward when they were younger, now, things are a bit different.

“There's definitely a lot of changes going on here. People are a lot more accepting of LGBT+ people. Like when I grew up, teachers would be like, ‘These two boys, they're a bit too close to each other and like there's something going on. We got to step in here.’” Joe explains.

“Like now, if somebody talks about the LGBT people at a Sunday school type of thing, it’s frowned upon if people speak negatively about LGBT+ people. Well…not everywhere, but definitely where I grew up. It's cool things are changing, but still, they can’t get married in churches, yet. There’s [still] a lot of issues with same-sex parents and stuff like that, legally.”

“We’re sort of forever locked in being 10 or 20 years behind everyone else,” Ziggy adds. “So, like, I guess we're in 2008 or something compared to you guys. Slowly, it's happening!" 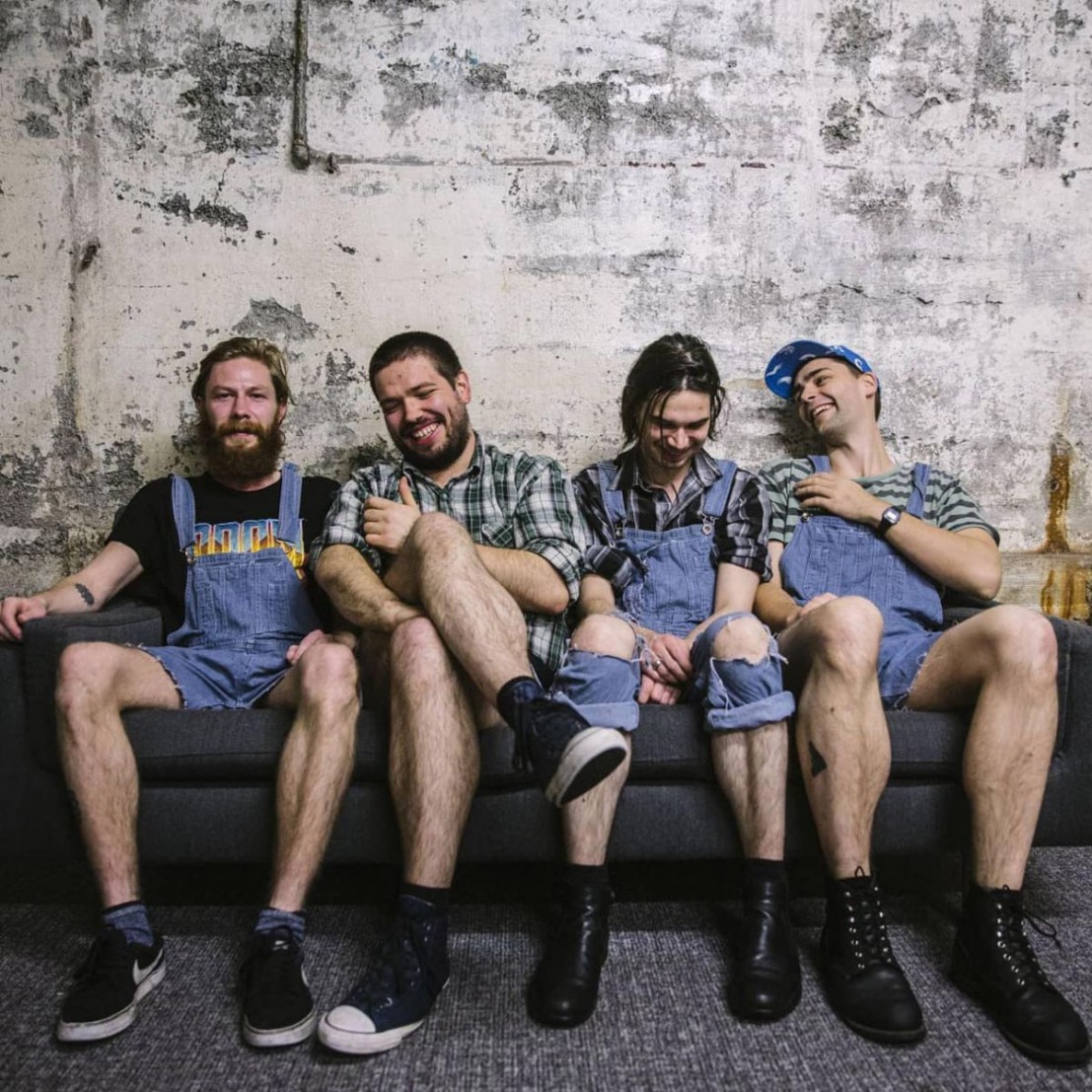 The musical scene of the Faroe Islands is a veritable petri dish of bands imitating genres. With no real discernible culture wave, it’s instead driven by sheer necessity. ”But I guess we're still the only active punk band?" Ziggy ponders, holding back a knowing wink.

Although the punk torch currently aloft in their hands - after passing from the “one other punk band we grew up listening to called 200,” - is already itching to find the next generation.

“They’ve been going for over 20 years. They're great, but they're becoming grandfathers now,” Joe smiles. “So, I guess it's time for a new generation…we’re in our late 20s as well [though].”

“Where the hell are the pissed-off 15-year-olds? I can't find them!” Ziggy laughs.

Certainly, there’s no concern of Joe & The Shitboys pissed-off whirlwind trip ending anytime soon simply because there will always be a need for those hardcore vibes: “Shitty jobs or you go to family dinners with your fucking racist uncle - there are plenty of reasons for hardcore vibes. Always, always seek people to call out!”

“That was the thing, in the beginning, you had a really shitty job that you just wrote about, right?” Ziggy says.

“I’m a vegan, and I worked at like a fish factory - and I had to because there are no fucking jobs, I fucking hated it.” Joe recalls, “It was so fucking bad. So yeah, that was the song was about the job. The reason for hardcore vibes can be a lot of things. Yeah, that song ("The Reson For Hardcore Vibes") is specifically about the hardship of working a very monotonous job you can't get behind, ethically or whatever - but the artwork itself can be so many things to different people.”

Which is exactly what Joe & The Shitboys are. They’re a Marmite band. You’ll either love their brash minute-long tirades, cheeky nod-and-winks at the world and its many problems, or you’ll hate the mirror they're holding up - though that seems impossible once the joke is revealed. Plus, it doesn’t matter anyway. They’ve managed to escape the Faroe Islands. All thanks to a dusty piece of abandoned artwork.

“It’s come full circle. I now live in this building that I found this piece of shit in,” Ziggy ends, nodding to the artwork. “Sammy the bass player paid to have a proper frame with glass. I was just supposed to throw it away. And now we're here talking to you.”