In the video for “Someone New” - the title track from Helena Deland's debut album - its creator poses for the portrait on the album’s cover perched on a stool, studiously evading the viewer’s gaze, her muscles tensed.

As the electric guitar chimes and the song ambles into its happy-sad chorus, the Montreal-born singer-songwriter suddenly fixes her gaze towards the viewer, her eyes piercing, and mouths something imperceptible. It's a disarming moment – one feels exposed, as though you've been caught staring. This is one of the central anxieties which swirl around the complex, shape-shifting Someone New: the discomfort of being perceived, and of having other’s desires projected onto you; the paradox of feeling simultaneously over-exposed and unfamiliar to yourself, paranoias that Deland describes as “blood-deep.”

Deland calls me from the Canadian countryside, two hours outside of her hometown of Montreal. She’s escaped to a cabin in the woods for the week to work on her music, but the cabin wifi has gone down so she connects from from the slightly less idyllic setting of a branch of Tim Horton’s. Deland is usually cooped up with four room-mates, so solitude is something of a novelty. “I’ve never spent this much time alone in one place," she tells me. "I’m trying this out, and I think I love it so far!” She attributes the “sense of confusion” which proliferates through Someone New to “over-socialisation”, so perhaps it's no wonder that she is thriving on her own..

While her last release, a series of volumes called Altogether Unaccompanied, was a rag-tag collection of tracks released in chronological order, Someone New is Deland’s first album proper: a release with “a concept, and narration, and a sense of an overarching theme.”

And what is this overarching theme? “Simultaneously feeling sick of yourself and unfamiliar to yourself, and the vertigo that induces. And the whole question of who am I, and who do I want to be,” Deland says, wryly. “I felt disappointed that this was it – that my subjectivity would be my subjectivity forever, and that I was trapped in my experience of the world. I guess it’s a classic mid-twenties feeling, but I found that quite shocking, quite hard to accept. And I think that inspired the interrogations on this record – I wanted to start from trying to figure out what can be said about me objectively. Like, let’s start from there.” 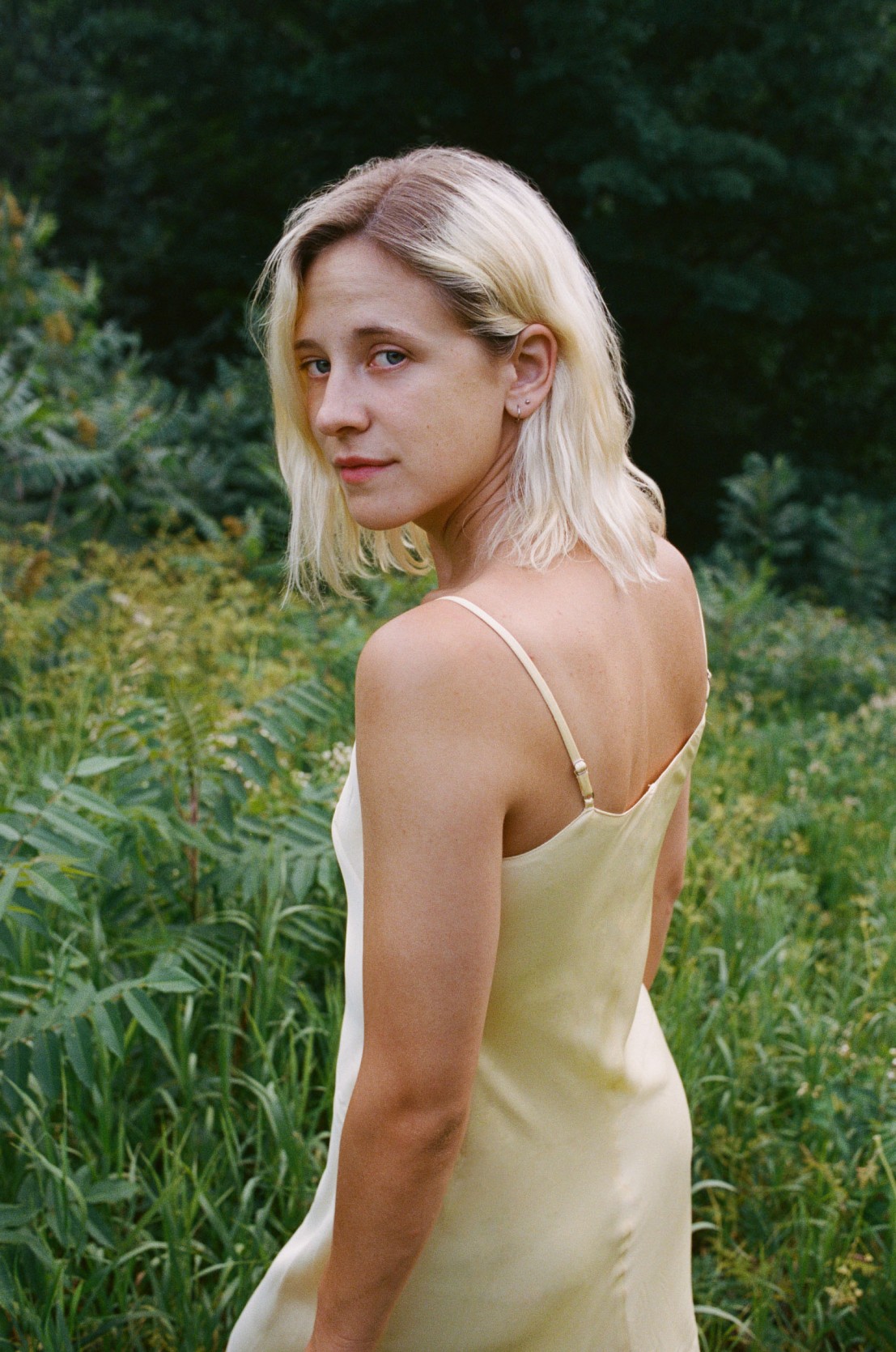 Like almost everyone else in 2020, Deland had been considering her identity within the context of gender politics. “I identify strongly as a woman, and for a while, a large part of that was my desire to be a muse, and wanting to be seen by men. But being a muse is so passive and inactive, and so much of it is being defined by someone else, and existing to inspire someone else. At a certain point, I began to question everything – how I felt as a woman, how I felt in relation to men, and how I felt in relation to myself.”

This questioning provides much of the creative energy behind Someone New: “With this record, I wanted to make an active choice to communicate to women rather than trying to appeal to a male gaze. It’s so easy to lose yourself that way, in trying to be a certain type of girl in a heterosexual context. The music world is still so masculine, responding to a specific set of values, which is difficult for both women and men. There’s a lot of that on the record, me thinking about the dynamics between women and men.”

Despite its uneasy subject matter, Someone New is a remarkably assured-sounding album. Its songs take their time to unravel; their melodies are often surprising, deploying a kaleidoscope of musical textures – the burst of harmonica on “Walk Home”, the ASMR-whispered intro of “Comfort, Edge”, bursts of reverb or washes of sound which seem to come from nowhere. This is difficult music, which does not shy away from complexity, and whose prettier moments hide pockets of paranoia.

“I wrote the record at a time when I wasn’t convinced that I wanted to pursue music as a career. And I was kind of waiting for the ‘aha’ moment when I would hold the certainty in my hands that this was the right choice. But I don’t think that ever actually happens,” Deland explains. “I kind of had to be dragged into it. I’ve been taken in charge by people who believed in me. You have to be open to being surprised.”

And if she hadn’t gone into music? “I studied literature and I loved it. I would like to pursue academia at some point.” Literary references wend their way through Someone New, most notably in recent single “Truth Nugget”, which takes its title from the opening paragraphs of A Room of One’s Own by Virginia Woolf. In them, Woolf warns that she will never offer her readers “a nugget of pure truth to wrap up between the pages of your notebooks and keep on the mantelpiece forever.” In a way, Deland’s music is similarly evasive, avoiding easy melodies or comforting conclusions.

Deland’s first language is French, and she works as a translator alongside music, work which she calls “an interesting logic exercise.” This, combined with her literary bent, often leads to curious turns of phrase within her songwriting: a memory is like “a partial glow/ a bright flower gives off/ at night”, making love is like “quiet stars in the mid afternoon”, cabin fever is the desire to “get out of the house/ to try my face out on strangers.” 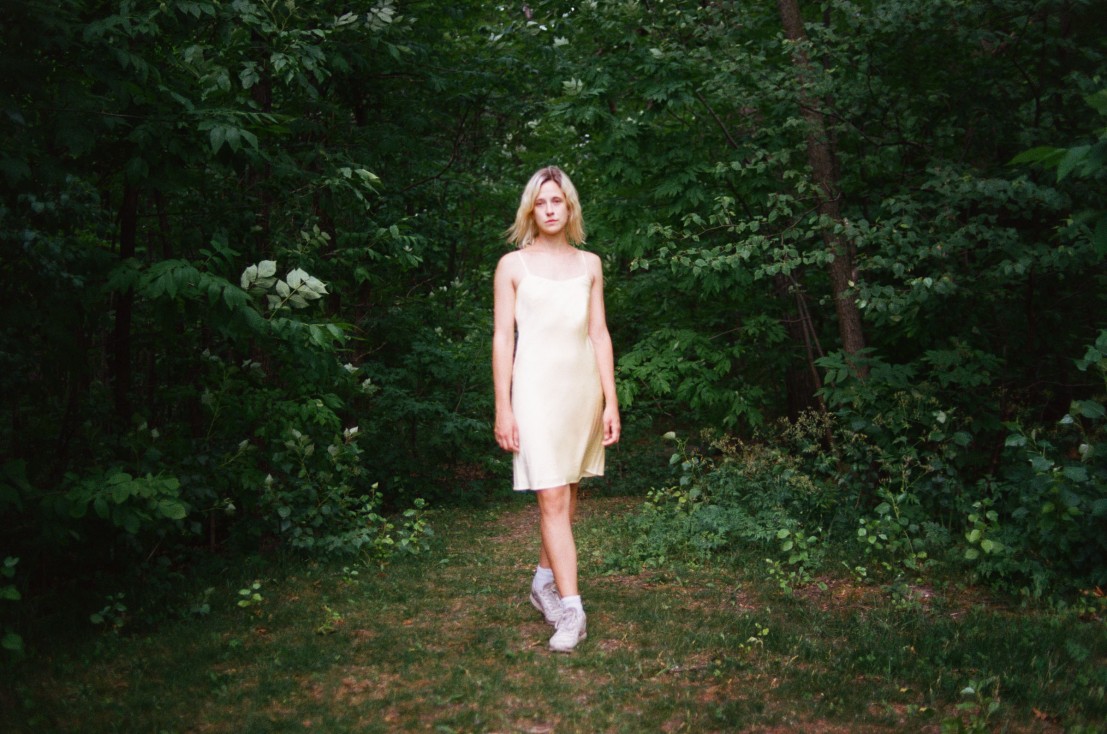 While all of this sounds like incredibly serious business, in person Deland is light and airy, with a keen sense of self-deprecation. When she describes two tracks as having a similar “colour”, I ask her if she has synaesthesia. She grins wryly: “Do you follow the comedian JT Firstman, on instagram? He’s this lockdown phenomenon. He does impressions of everyday objects, like this is my impression of dirty dishes, this is my impression of a straight man. He has this impression of a singer-songwriter and it’s just different clips of him saying ‘yeah, I have synaesthesia! Synaesthesia, have you heard of it?’ As soon as I saw it I got sooo self-conscious, like I’ve probably said that exact same thing!”

Nonetheless, this sense of self-awareness is what makes Deland’s music so interesting. Her mindset is critical and inquiring, her songs miniature logic exercises to be puzzled over, like the translations Deland works on in her spare time. She speaks of future releases as a chance to “perfect” the exercise begun on Someone New. I’m looking forward to the next piece of the puzzle.

Someone New is out now via Luminelle Recordings