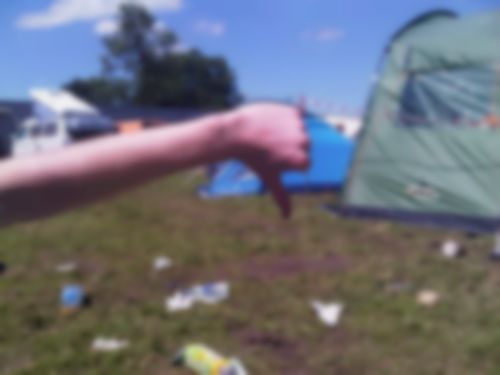 Summer is here. Which in turn, means it’s festival season. The time of year when you wake up sweaty and hung-over covered in the crumbs of three Fruseli bars with nothing but two stale pitas and a pot of fizzing hummus beside your breakfast craving body.

The festival sandwich is a masterful craft that takes many years of practice should the cook want to surpass the classroom of slippery plastic cheese and Tesco value loaf.

I took a bag of freshly purchased festival shop goods to meet the post-set Glastonbury glow of Esben and the Witch to see if they could conjure something as beautiful, elegant and powerful as their music between two slices of bread.

Dan: That is actually my role in the tour bus, is I make sandwiches.

Are you the sandwich maker?

You’ve just come off stage. How was the show?

Dan: It was nice to play again on a proper system coz we had a practice in this practice room a couple of days ago and it just sounded awful, awful. It was a horrible experience ‘cos the PA in the practice room was just so bad, it kind of sounded like, are we awful? Is this rubbish? It’s nice to start playing and hear a big system like that and be like, OK, yeah, it does work when everything’s in the right place.

Tom: It was a nice stage, apart from them projecting us behind us, which was ridiculous. And you get so little time to set up that I didn’t realise until I turned round halfway through that I’ve set up so I’m not actually in most of the shots but just wedged out right on the left. But it was pretty nice actually. The show went well and we were trying to play a set akin to the one we played when we were in SXSW because the way we approach playing normal shows is a little bit different and we try to be a little more immediate and play the more aggressive tracks and try and take a slightly different approach to these festival shows and yeah, it seemed to be alright.

Dan: On a stage that size though, in comparison to SXSW, you can feel like you’re being quite aggressive at SXSW ‘cos you’re right there, whereas trying to do an aggressive set when you’re 15 to 20 yards away from the nearest person to you is kind of, it feels a little futile sometimes.

Tom: We’re at a stage where we play that kind of size stage once in every 20 times so we’re never prepared for it and it’s not like we can spend time working on how we’re gonna make sure we infuse the set with the same kind of energy we would have on a smaller stage ‘cos the opportunities to play it are so infrequent, but maybe in the future we’ll have more chance to do that.

**Dan takes a packet of cheese from the ‘ingredients table’**

Dan: Oh, that is sweaty. When you can do that to a cheese, just gently ease it out like that, you know that cheese is not good.

I only bought it half an hour ago.

**Rachel offers her necklace as a knife replacement**

Dan: Do you really want me to use your necklace to cut that?

Dan: Rachel likes to carry around sharp blades all the time. It’s why it took her so long to get through security.

Rachel: I was just allowed my torch coz it was just under twelve inches, otherwise it would be used as a weapon. And they took my mirror. It was only like, 50p from a charity shop but I’d had it for years.

Dan: That was the worst thing, Tom had his aftershave taken.

Tom: He held it up and said, I thought you said you had nothing that could hurt me. And he’s just holding up a bottle of aftershave, it’s the most ridiculous thing. So I used it all and then came in.

It’s when you just cover yourself in deodorant or perfume.

Dan: I’ve heard of a Northern wash which is where you just go to a sink and put soap on your underarms and feet and stuff instead of having a proper shower.

I thought that was like a whore’s bath? When you just do your underarms and your… down there.

Tom: I quite like that sort of thing. That’s fine by me. That’s a whole new part of my lexicon.

**Dan takes a glance at the finished sandwich**

Dan: This is really dairy heavy.

Rachel: You know you have to eat that?

Dan: I haven’t managed to make the incision deep enough into it so it’s just sandwich, bread. It’s a horrible tiered system.

Maybe you could pile them into four?

Dan: Yeah, I might have to. Maybe I could make it like a stuffed crust? A crisp sandwich with a cheese and mayo stuffed crust.

That’s inventive. You’re making the best of a bad situation.

Dan: Dominos are gonna be on my back about copyright. I’ll have to come up with my own name for it rather than stuffed crust. Filled slice.

Rachel: Yeah, we’re excited about doing new stuff and certainly in our minds at the moment, we’re trying not to get too carried away with it really. We’re trying to hold back a little bit and focus on other things but we’ve definitely set aside some time when we wanna write new stuff and we’ve got some new ideas kicking about and different guitar tones and different themes that we’re just waiting for the right time to do properly. We really wanna go away somewhere, the three of us, and do it all in one go really.

Tom: ‘Cos we know what we want to do now. When we wrote the first record me and Dan just played guitar all the time just because that’s what we knew how to do and now in the few years since we wrote those songs we’ve realised there’s other things. Like Rachel plays bass a lot more and never used to do that…

Dan: … and loops, drums, synths. The main thing, more that anything else is this idea that when you release a first album you never write those songs thinking about an album, unless you’re incredibly presumptuous. You don’t think, these songs that we’re writing when we’re starting a band, they’ll go on an album eventually. So looking back at it, it feels a bit fragmented and we’re kind of deliberately stopping ourselves from developing ideas too far because we wanna try and do it in a concise period of time.

Dan: A bit more solid with one direction to it.

Tom: Because you couldn’t help that with the first record, ‘cos we took every effort to make sure it flowed and worked as a cohesive whole, but there’s no getting away from the fact that those songs are basically written over almost two years, so that’s a sort of element we could work on and that’s what we want to do with the stuff we do next.

Yeah, especially if you’re touring and you’re always on the road, you don’t want to do things in one little day here, one little day there. Where would you go to write the album? Let’s think of somewhere Matador could send you that’d be really amazing.

Dan: We haven’t got any grand ambitions actually. We just want to go to the peak district.

Rachel: As long as it’s detached and isolated.

Oh, you should come to Wales!

Rachel: We were thinking that

Dan: We were thinking of going to the Brecon Beacons or something maybe.

Or go to West Wales and then you can visit my nan. She’d have you round for a cup of tea and some Welsh cakes.

Dan: Has she got any pop hit riffs lying around? We could steal those. Cakes and riffs.

She makes a great sandwich, my nan.

Dan: Better than this? 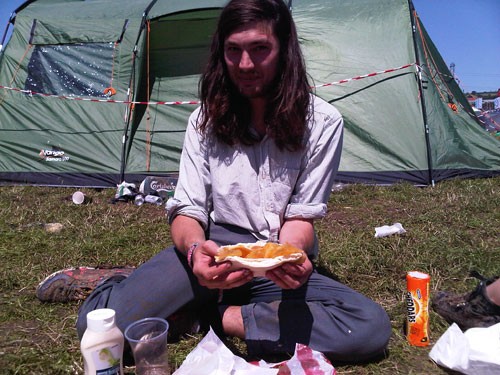 Esben and the Sandwich – Beige Delight

One pita bread cut in two
Fill the pockets with cheddar cheese and mayonnaise
Sandwich two layers of roast chicken, prawn cocktail Walkers and Cheddar biscuits in between 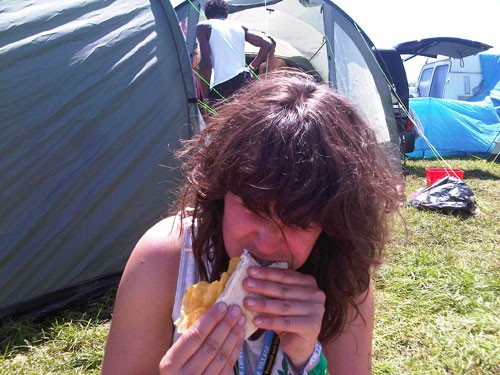 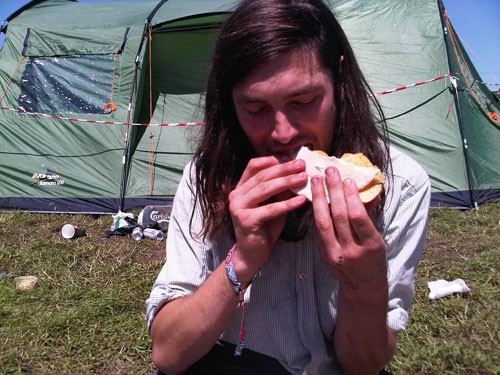 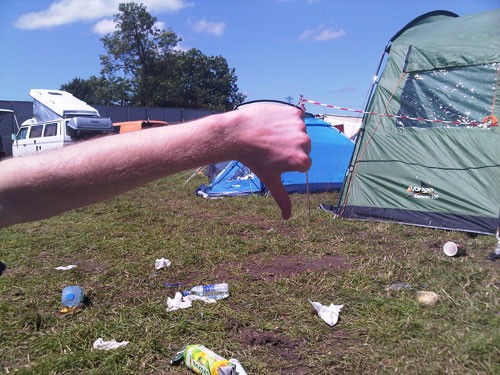