Excellent at being mindful

Ru Paul’s Drag Race promotes a very simple and crucial message: love yourself truly, fuck the haters and of course work it.

Season six runner up Adore Delano - aka Danny Noriega - happens to be my most favourite of all the queens. I spent the earlier part of 2015 laid up at my parents’ house unable to see the light at the end of the tunnel and comforted solely by all six seasons. It saved me in many ways and helped me get back out from under the wave.

Delano is 26, actually fully fucking cool and somebody who makes you laugh properly; an actual real laugh which is hard for an old misery guts like me to do. She owns her wit and has that amazing quality to really be impressive but extremely inclusive and inviting.

It’s the same Adore Delano I talk to a few hours before her big show at the Clapham Grand in London. She’s just loving it - and is amazed to be touring the world doing what she loves.

“It’s crazy man,” she tells me, “I never thought I would be travelling the world as a famous drag queen, it’s definitely something to tell the grandchildren.” I agree - and what a wonderful time to be living in, where our grandchildren won’t find Grandpa’s drag career in the least bit unusual or wrong.

I ask if there was ever a grand master plan for Delano’s career: “I guess when I was younger I was like ‘ I wanna be famous!’...I’ve been able to know I could sing since I was a baby - my mom has videos of me singing all these songs and knowing all the words,” she tells me.

“I remember going to choir in school and the teacher saying ‘Danny this isn’t Pop Idol’ because i was doing all these Christina Aguilera runs.” 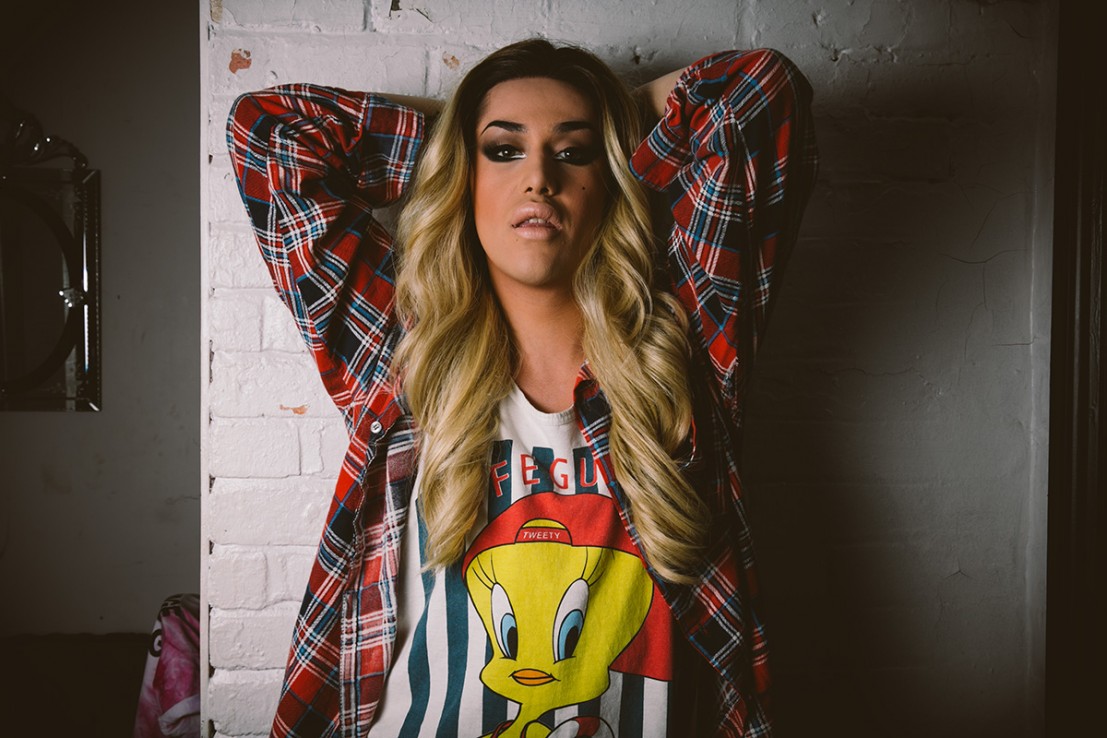 “I’ve always been a show off, always thought that my family are my audience,” she adds. The positivity she got from her family pushed her fearlessly in the pursuit of her ambitions. As with any ambition - Delano admits - it’s grown and changed over the years. She finally feels herself now, doing what she loves.

And it works: Adore Delano, the spectacle, is a real force. Visually she serves strung out sexy-dark mermaid with a truly beautiful face, vocally silencing any critic within seconds. Her voice is warm, rich and emotive with its own direction.

Delano approaches her music like life: she knows what she likes but isn’t looking too deep into the technicalities. “I’m a fan of sounds,” she tells me.” (Amen sister!). Her upcoming second album - just completed - sees her delve into the highs and lows of her heart and head. I ask whether she likes to keep the stories behind her music private? “No! I love sharing shit like that.”

We discuss the importance of being the kind of artist that feels honest and true to their audience. Delano knows she’s now idolised by many and if her heartbreak makes people feel better about theirs then that is job satisfaction achieved: “I talk to a lot of them online and I like to put that out; that shit happens to everyone.”

With success and fame has come pressure to adapt and change. I ask about self-censorship and changing to fit a growing audience. “I’m not the type to be a role model but when you meet these kids it changes you a little bit…I’m still the dickhead who will take his ass out on stage. It’s good to express yourself in an artistic way but i guess i do have to watch what i say sometimes which is shitty.”

“I feel like a parent sometimes! I guess I can’t be swinging my dick around in New York anymore.” 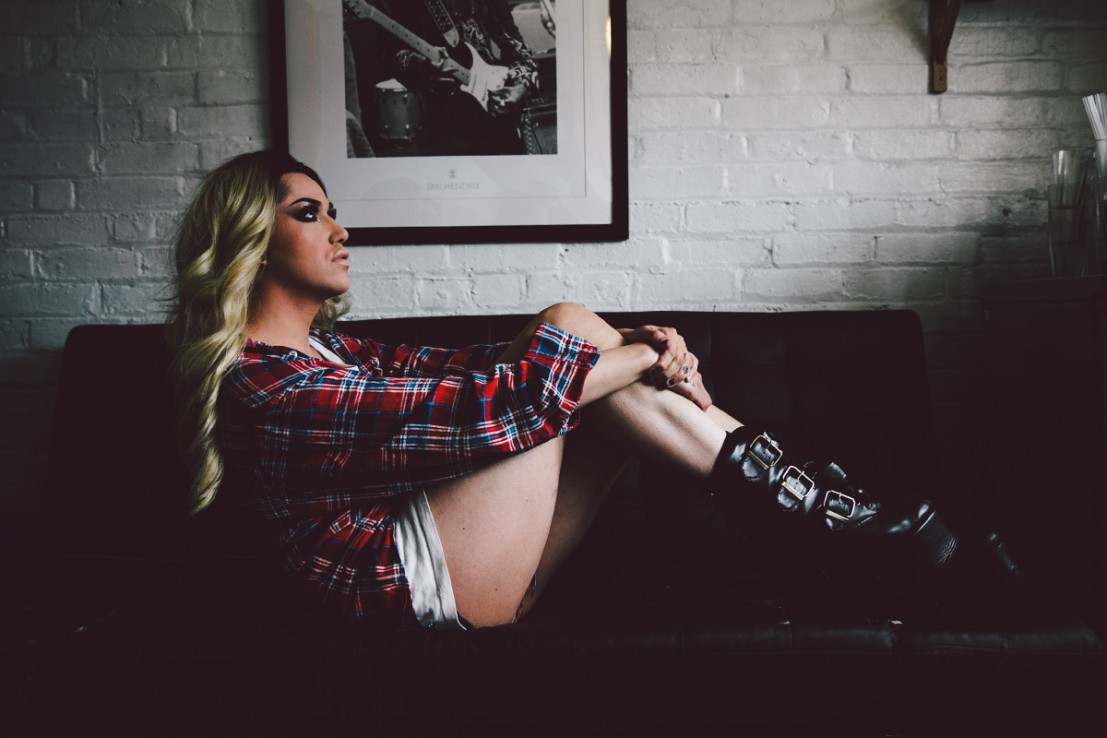 She admits finding the notion of being inspiring endlessly amazing: “Meeting the people that connect with you is really neat - especially growing up with not having many friends. It’s really cool to see people like the little ones that you see something of yourself in.”

Does being a recognisable celebrity drag queen have any downsides?“ I don’t know, the regular things - like in the gay neighbourhoods - it’s hard to go out to like buy bread but i mean it’s catch 22 I guess, but I’m grateful.”

Her influences range from Britney Spears to Freddie Mercury: “I remember loving Freddie and putting a sheet on my back and thinking i was him,” she tells me. Live she is unpredictable but maintains that being a good performer is her top priority: “I don’t know what the hell I’m gonna do as long as I give a good show. These promoters are charging so much for some of these tickets I want people to get their money’s worth.” All this care and consideration for the audience is what keeps her so utterly amiable and results in genuine adoration from her fans.

I didn’t even want to talk about drag, I tell Delano, but our conversation touches on her thoughts around the disciple. “There’s so much dark that goes into [that] world,” she tells me. “It’s a lot of juggling and a lot of smart decisions, not being stupid and surrounding yourself with crazy people...it’s amazing how much RuPaul’s drag Race had touched people and helped them. It touched me before I was even on it.” 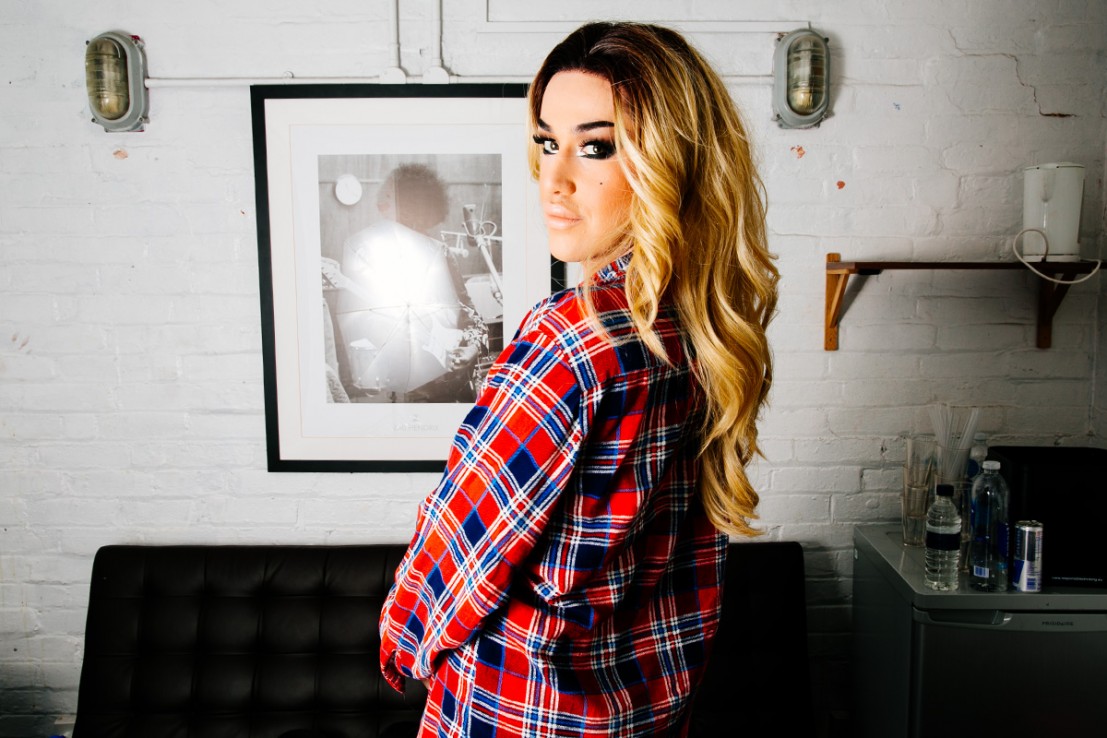 I conclude by asking how she’s navigating her twenties, something I obsessively think and write about: that constant clusterfuck of wants and desires and worries of inadequacy and not being a ‘grown up’. She answers with more zen than I could ever hope for: “Look man your twenties are self-discovery- a time of party a time of realisation a time of growing up, being crazy. I don’t even have time to text my mom, i don’t even think about shit like that. There’s too much productivity in my life to think too far ahead.” I believe her.

Has this always been her natural philosophy? “Literally [it’s] my life motto: live each day as it comes. I can’t look at my schedule for the next week, I’ve always lived like that. It’s kind of just self discovery every day. I learn something new about myself every week at the moment.”

With a heavy heart I end the conversation with my very favourite drag queen. I’m proud of myself for not launching into the chorus of my favourite song “I Adore You”’ to which i’ve learned every word.

I close by asking her my favourite question to be asked: What would you say to your teenage self? “

“Use bigger lashes goddamn it.”