I've always found it fascinating to unpick exactly why some gigs - and festivals - draw objectively nicer crowds than others.

Is there something about certain genres that draws out the world's most affable? Or do specific sounds and scenes encourage good behaviour – like how classical music, according to TFL, discourages criminality in tube stations?

It's a debate I kept circling back to whilst at the first ever We Out Here, held on the lush, tree-spotted pastures of Abbots Ripton, Cambridge. The crowd was possibly the calmest and friendliest I've ever witnessed at a festival – exchanging grins mid-rave, allowing each other space in the pit, even apologising for drunkenly bashing each other on the darkened trails that linked the event's many stages. Yes, the music was stellar and the organisation was tight, but my biggest takeaway from the weekender was "aww, what a lovely bunch of people". 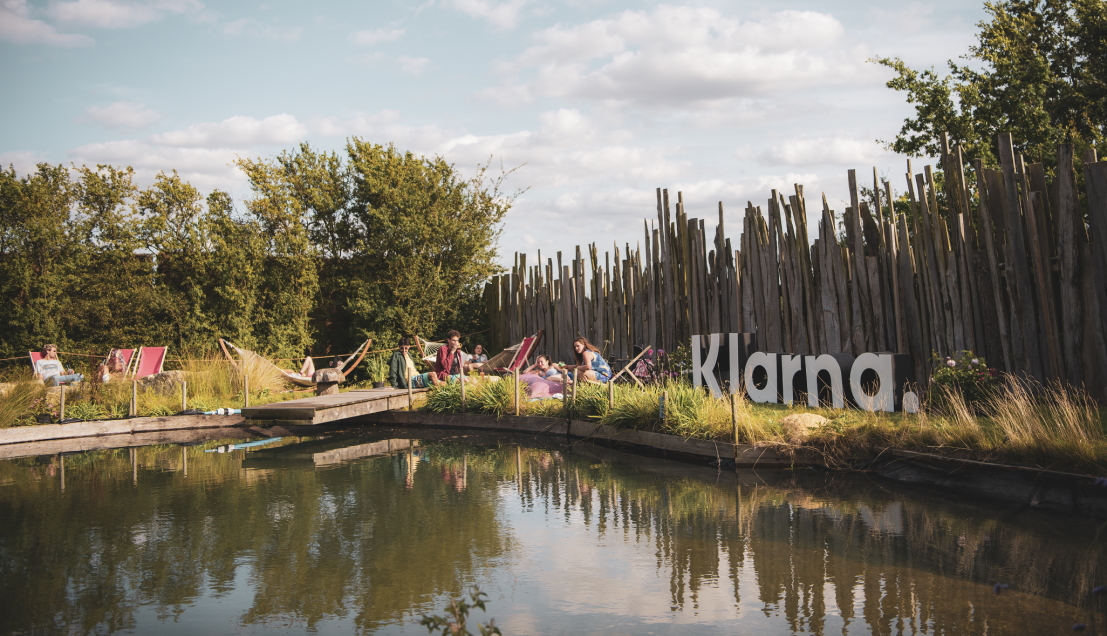 Obviously, this wasn't why I'd earmarked the festival. We Out Here boasted a line-up representing the creme de la creme of modern and classic jazz, funk and soul and hip hop (Gary Bartz, Ezra Colletive, Tirzah, Kojey Radical) juxtaposed with DJs hoovered up from the headlines of the UK's most prestigious clubs (Call Super, Theo Parish, Francois K). Alongside this, a good mid-tier of hotly tipped newcomers filled out the line-up, from Best Fit fave Shunaji to R&B innovator Arlo Parks. The event also enjoyed a competitive location – Abbots Rippon is where bougee mash-up Secret Garden Party used to set up camp, and its rolling hills and low-hanging willows make it easy to forget you’re just a 45 minute train ride from the big smoke. 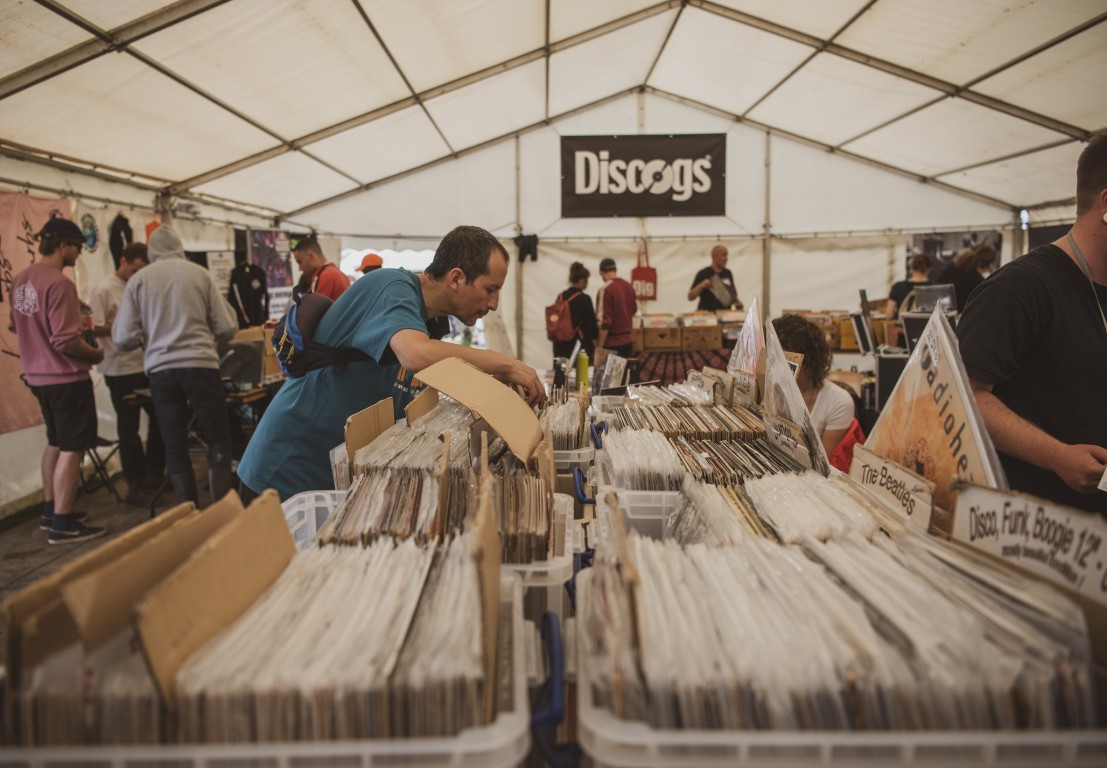 Probably the only spanner in the works was the weather – the forecast was grim, and when we arrived on site on the Thursday storm clouds collected ominously overhead. Thankfully, the combination of carnival vibes and a healthy dose of Red Stripe kept me and my Manchester raving crew in good spirits – even when the heavens opened on Friday, and we found our hastily-bought ponchos leaving us woefully damp.

Thursday nights at four-day festivals can, often, be a write-off: the dregs of the line-up, playing to a strange mix of party-hard punters and sleepy early-comers. By contrast, the opening night of WOH was a gentle and enjoyable introduction to the festival. As we slid into the dense crowd at the Lush Life stage, we were greeted by Mr Peterson himself, looking content if dishevelled from no doubt very little sleep. "I can't be everywhere this weekend, " he said with a smile. "But I'm here, tonight."

With that endorsement, Joe Armon Jones and his band took flight, that jazz-prog-dub niche he’s so expertly carved out proving a fitting accompaniment for the still, smokey Cambridge night air. Jones performed tracks from his new album (“Try to Walk With Me”) and the now seminal “Icy Roads (Stacked)” with its glinting Rhodes-led melody, each cut drawn out with spacey reverb and long, rambling closes. “No Weapon” – previously unreleased – gave the set its apex, with vocalist Asheber providing a powerful monologue attacking corruption in Westminster and mourning the lost of lives at Grenfell. “If I owned a penitentiary, I'd lock ‘em up and throw away the key,” he declared, over Kwake Bass’s skittering drums and whoops from the assembled. A thoughtful choice for the weekend’s opening night.

Wolverhampton rapper Ayy – and her band, The Rising Night – worked hard to ward off the clouds slowly colonising the Friday afternoon sky. I came to see her on the strength of "Sleep Paralysis" – a twinkly electronic collaboration with emcee Tarju La'Sano – but her live show was closer to that ubiquitous Brownswood nu jazz sound than anything dance-orientated.

Ayy’s conscious rap stylings belie her youth. To a modest, 5pm crowd, she spat the kind of bars you’d expect from Common or Q Tip: forlorn declarations of love, odes to mental health crises, the obligatory weed smokers' joint. A cover of "Feels Like Summer" by Childish Gambino could have tripped up a less able performer, but Ayy nailed it, switching up her bassy, off-the-cuff flow with a surprisingly delicate falsetto. Her set was bolstered by the energy of collaborator and hype man La’Sano, whose kinetic energy helped to offset Ayy’s more low-key vibe. As the set closed, an bustling audience not far of Armon Jones’ had gathered. One to watch.

Connie released one of 2019's most stylistically uncompromising albums, English Rose, which sat at the fertile but rarely-plumbed intersection of punk and soul. Her vibrant appearance at WOH embodied this genre soundclash: Connie herself was almost loutish with excitement, talk-shouting between tracks, anxious to clamber down off the stage and skank with the front rows. But musically, each song was allowed to unfurl – the heart-breaking, slow-burning piano ballad “Let Go” a notable highlight. Connie’s voice often pushed through melodious alto to gruff riot diva, the residue of a Cockney accent giving her sad girl poetry a Vicious-esque edge, especially when she launched into a thrashy cover of X-Ray Spex's "Bondage Up Yours". Big big fun. 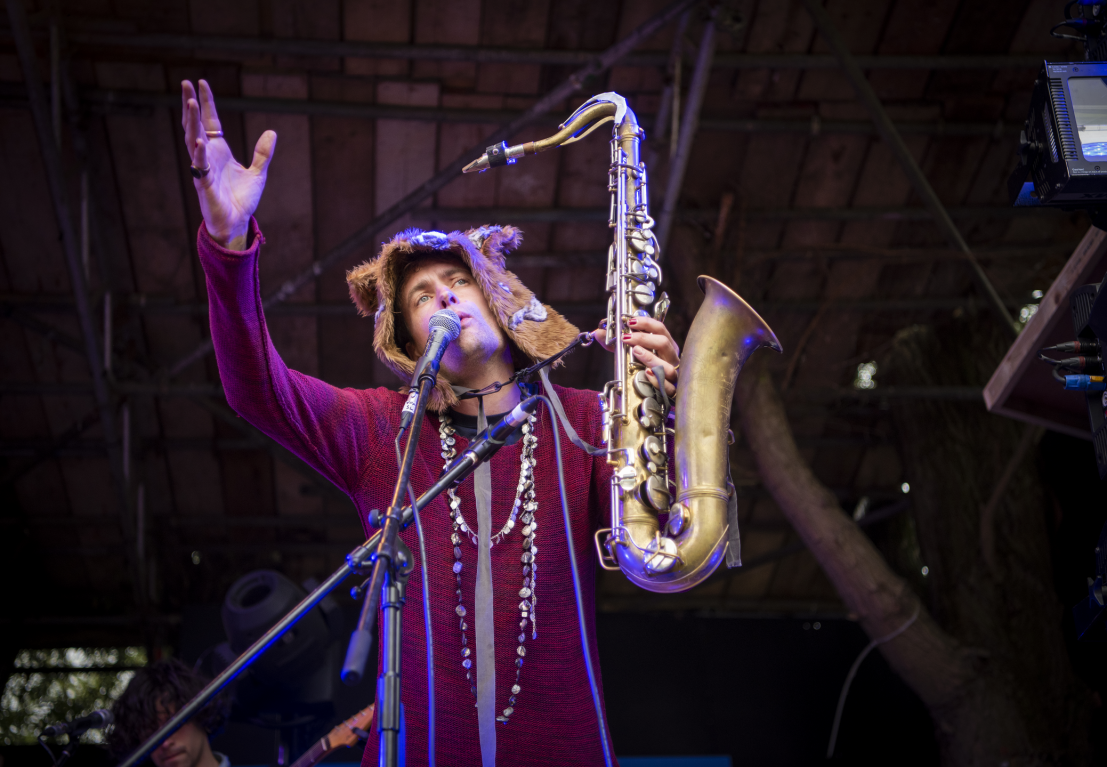 Halfway through Alabaster DePlume's set, one of the women next to me lent over and, through a Cheshire grin, shouted "He's leading a cult right? It's a cult?". She may be right.

With a penchant for spouting Instagram-worthy aphorisms – including "we're very lucky you're exactly who you are" and "if in doubt, yes!" – there's a palpable fandom in DePlume's shows which rivals that of stadium-stuffing artists. In an age where alienation and apathy threaten our communities, Deplume's performances – a melding of unpredictable full band improvisation and spoken word – are an antidote. This one was no different: capitalist takedown "I Want a Red Car" was raw and clattering, ode to humanity "What Do We Want?" danced a line between poignant and hilarious (here, DePlume posits that the answer to the titular question might be "chips and oxygen!?"). I got the impression, speaking to Peterson in the run up to the festival, that he wanted We Out Here to connect its attendees, beyond the usual get-pissed-in-a-field festival shenanigans. For this, they couldn't have picked a more fitting cheerleader.

I have my Manchester-based festival crew to thank for this one. Not fantastically au fait with the electronic roster, I took their lead on Saturday and rocked up to Josey Rebelle's 12am slot for what I was promised would be both an eclectic and pretty heavy set. I was not disappointed: from 90s rave cuts to fractious modern techno, Josey us took on a journey, starting us off tenderly before working the pit into a frenzy with a relentless, jagged finale. Glancing round mid-rug at my fellow late crew, the flailing limbs and abundance of bucket hats conjured up a spirit of old school rave – Peterson's vision for the festival come to life.

The Rhythm Corner stage of We Out Here could easily be renamed ‘the rave pit’. Surrounded by a raised walkway, with a dusty floor and two super-bright LED displays book-ending the stage, it hosted the festival’s most hyped electronic acts – from Objekt and Call Super on the Friday to Addison Groove on the Sunday night. On Saturday, already exhausted from Josey Rebelle’s onslaught, we were barely able to catch our breath before drum and bass legend Randall took up his place behind the decks.

I wanted to talk about this performance partly because I feel drum and bass gets a rough rep. Maybe it’s the assumption that a genre built from one crucial drum break could stoke any real innovation; maybe it’s because Pendulum happened. But, as with every other artist I caught this weekend, quality was the denominator. Randall’s set was remarkable: he slotted unpolished 90s jungle next to squeaky clean Hospital Records fodder and made everyone lose their shit. Sometime mid-set he made the controversial choice to drop a remix of UK Apache/Shy FX’s classic “Original Nuttah” – the prettiest of reworkings – and we earned ourselves what I think was the only pull up of the night. Myself and my modest crew committed to staying for only a few tracks; in the end we hung around ‘til the last few bars. Fantastic.

Full disclosure: having written my observational notes on my phone before typing up this review, I accidentally deleted the two paragraphs I had on Skinny Pelembe’s incendiary set due to butter fingers. It would feel deeply unfair to omit him, though: my memory is of firey guitar, the fizzy static of delays and phasers, and some extremely well arranged percussion (Cabassa! Guiro! Others I can’t remember the names of!). The performance culminated in a quaking rendition of "No Blacks, No Dogs, No Irish", Pelembe's break out hit, its haunting reframe echoing out over the PA as the band disassembled. Of all the acts I caught at WOH, Pelembe was one of the new school – a artist taking elements of jazz, and smushing them together with psych, prog and indie. Alongside the festival’s stalwarts, he painted a promising picture of where all this is headed – necessarily political, genre-blind, raw, honest, brilliant.

Alongside the main stages – including The Forest and The Woodland, both set in a wood clearing with crisp, 360* sound systems – We Out Here was littered with itty bitty party tents. One such venue, The Lemon Lounge, played host to DJs and tastemakers like Total Refreshment Centre’s Lexus Blondin. With its sparkly lemon-shaped disco ball and shy-of-100 capacity, this place felt like a tiny basement club transplanted into the Cambridge wilderness. There was also a Discogs-sponsored Near Mint Record Store that transformed at night, pumping out spikey garage ‘til the early hours, and the Branwswood café, where various off-duty DJs span hip hop and soul for those punters looking for a little downtime. Whilst the stages boasted bigger names, these alternative hang-outs – mostly helmed by local promoters from around the UK – were packed out every night and the real source of the festival’s familial vibe. 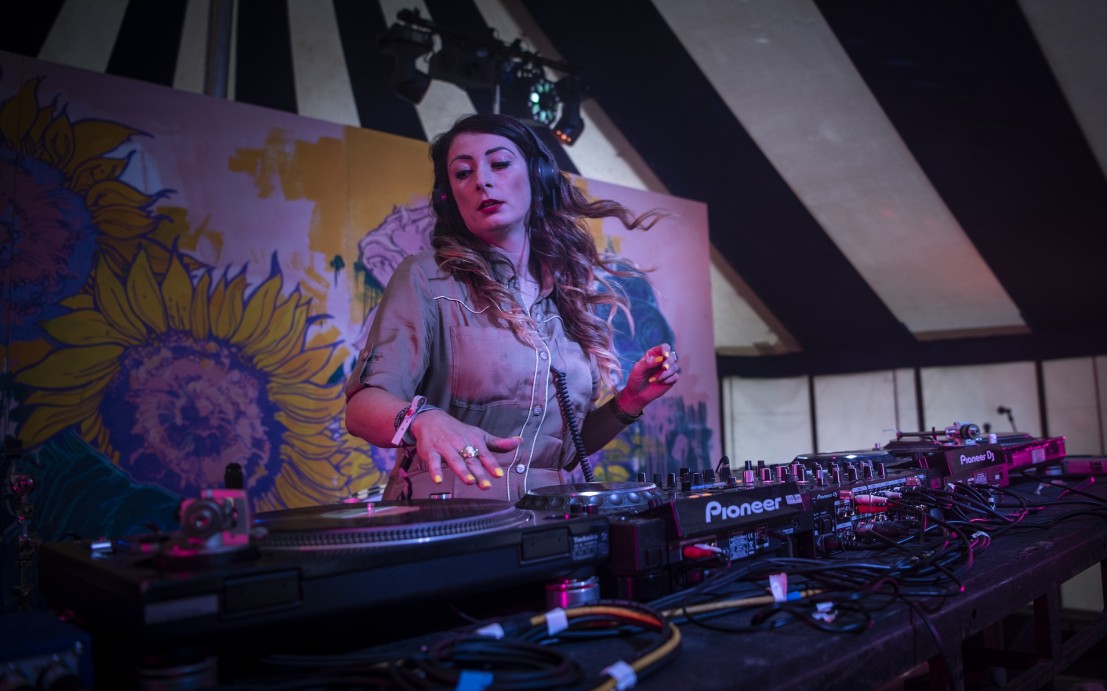 Everyone seemed up for a chat too, and with such a small modest attendance (I think about 4,000?), finding your mates (and making new ones) was easy – something heaving, corporately-sponsored mega festivals can’t really compete on. Finally, the food was well-tailored to the expected audience of Worldwide listeners: abundant vegan options and sexy takes on Italian, Ethiopian and Mexican meant we ate extremely well.

Peterson worked with Noah Ball on We Out Here. Both are seasoned promoters – Peterson takes over Seté in France every year for Worldwide, and Noah is one of the team behind Croatia's flagship festivals Outlook and Dimensions. This experience really showed itself in the details: absent were the usual first-year festival fails. The site had a regular shuttle bus and ample taxis, stages were closely-managed and everything ran on time, loos were abundant (if their eco-friendly credentials rendered them offensive by day three), picking up wristbands and passing security was a breeze. In all, WOH’s debut felt like a slick operation – a beautifully-located little knees-up, with a seriously discerning line-up and one of the jolliest crowds I’ve ever been lucky enough to party with.