“There are some records you can only listen to at this time of year,” sings Richard Laviolette on his track “Florence and Delilah”. As Christmas quickly approaches, hearing the same songs that have been playing on repeat since November starts to get pretty old, good as they may be. Ho! Ho! Ho! Canada sets out to change that, each year challenging some of our favourite Canadian artists to produce a new seasonally inspired track.

From Sackville, New Brunswick to Vancouver, BC over the last few weeks and months songs have been crafted for your enjoyment this holiday season - taking on everything from global warming, egg nog, and visiting Santa to the simple act of surviving the long winter. Many of the tracks were exclusively recorded for this compilation, while we have handpicked some other favourites that were too good not to include.

Once again a huge thanks to everyone who made this years Ho! Ho! Ho! Canada possible, to all of you for listening and downloading and to all those who offered support over the year. Big thanks to Jonas Bonetta for his photograph of Fogo Island, Newfoundland which forms this year's cover, and to Clover Grey (Jon Neher) for his patience and assistance in making everything run smoothly.

All of these songs have been given free for your listening pleasure. We hope you enjoy them and have a fantastic festive season. At this time of year especially there are hundreds of good causes all seeking your help-we hope that, in keeping with the spirit of giving, if you enjoy this compilation you might consider giving a donation to one of them. 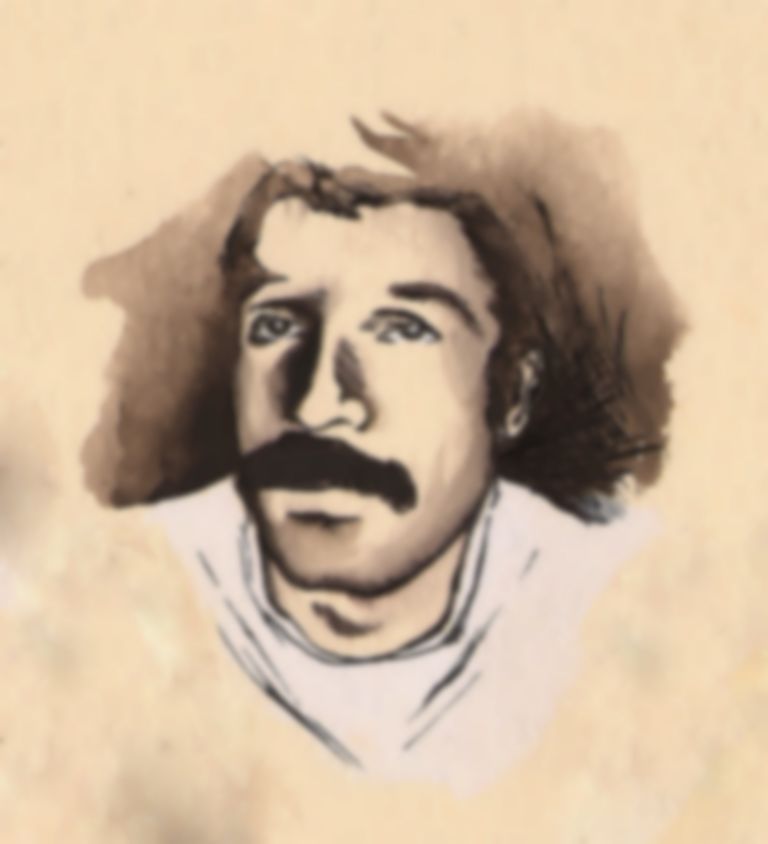 According to his bandmates in The Olympic Symphonium, no one loves the festive season more than Nick Cobham. Each December he dedicates himself to listening to nothing but Christmas music. While he plays guitar, keys and sings on the bands forthcoming fifth album Beauty In The Tension, which is due in February next year, for Ho! Ho! Ho! Canada he got together with himself to create a Barbershop Nicktet for a run through of the timeless “Christmastime is Here” by Vince Guaraldi.

Check out Nick Cobham on Bandcamp. 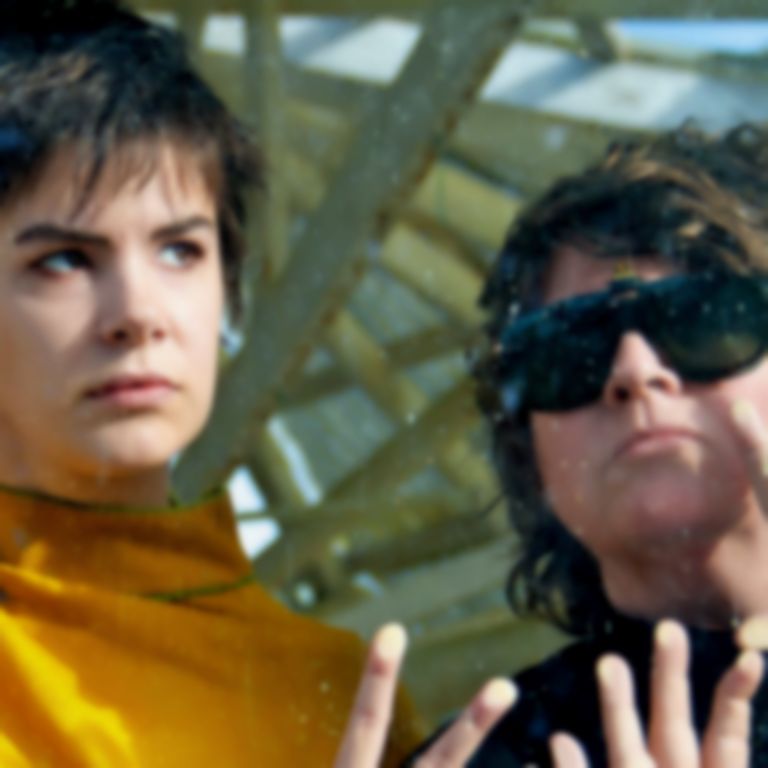 This year The Pack A.D celebrated 10 years since the release of their debut album Tintype the only way they know how - by heading out on the road with their furious garage rock show across Canada and Europe. In October they released fifth album Dollshouse, which they will bring back to Europe in the Spring.

To celebrate the season they suggest a simple Pack A.D cocktail: egg nog and a coconut.

Check out The Pack A.D on Bandcamp. 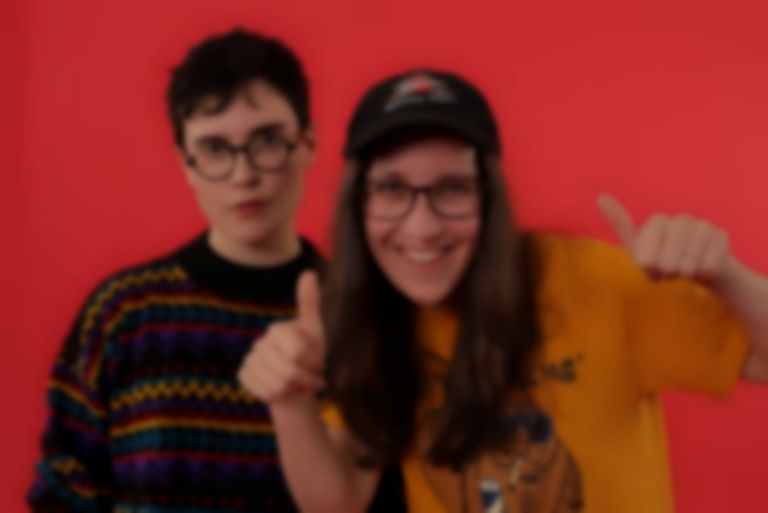 3. "Santa Is Real (Live From The House Oof Strombo)" by Partner

Earlier this year we referred to Partner as New Brunswick’s answer to Wyld Stallyns. For their contribution to Ho! Ho! Ho! Canada they take their pop-rock hooks on an excellent adventure to the North Pole to confirm Santa’s existence. On receiving confirmation from the man himself, they celebrate with a wailing guitar solo, as is only proper. "Santa Is Real" was recorded at The House Of Strombo as part of his always excellent Christmas Special.

Check out Partner on Bandcamp. 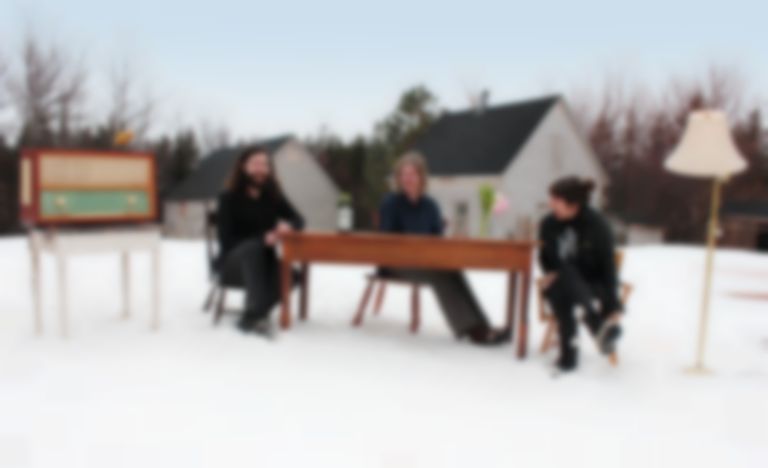 4. "The River (Never Freezes Anymore)" by The Burning Hell

As well as touring pretty much every day for five months, The Burning Hell also managed to put out a new album this year in the shape of Revival Beach. Thematically the record looks at the various ways the apocalypse could come. “The River (Never Freezes Anymore)” points to the damaging effects of global warming to winter nostalgia, while also name-checking Canadian Figure skating legend Kurt Browning. The end of the world never seemed so joyful.

Check out The Burning Hell on Bandcamp. 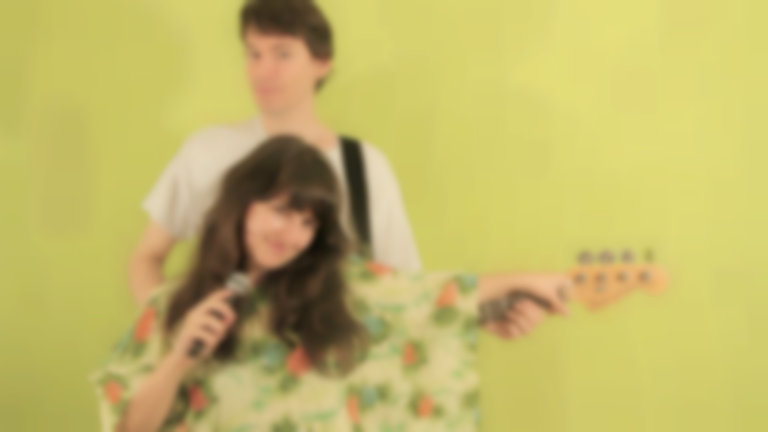 Energy Slime is a side project of Vancouver’s Jay Arner. It's an offshoot that allows he and partner-in-crime Jessica Delisile an outlet for some of the more 'out there' ideas that don’t work for the Jay Arner project. They take lyrical snippets and work them up into short weird-pop nuggets. Their debut was a 10 track, 13-minute 7" single, released through Mint Records. For their comeback release the band managed a comparatively epic one minute and 57 seconds. The track was released as a limited edition flexi-disc Christmas card at the brilliantly named 'Mint Records’ Ridiculously Early Christmas Party'.

Check out Jay Arner and Energy Slime on Bandcamp. 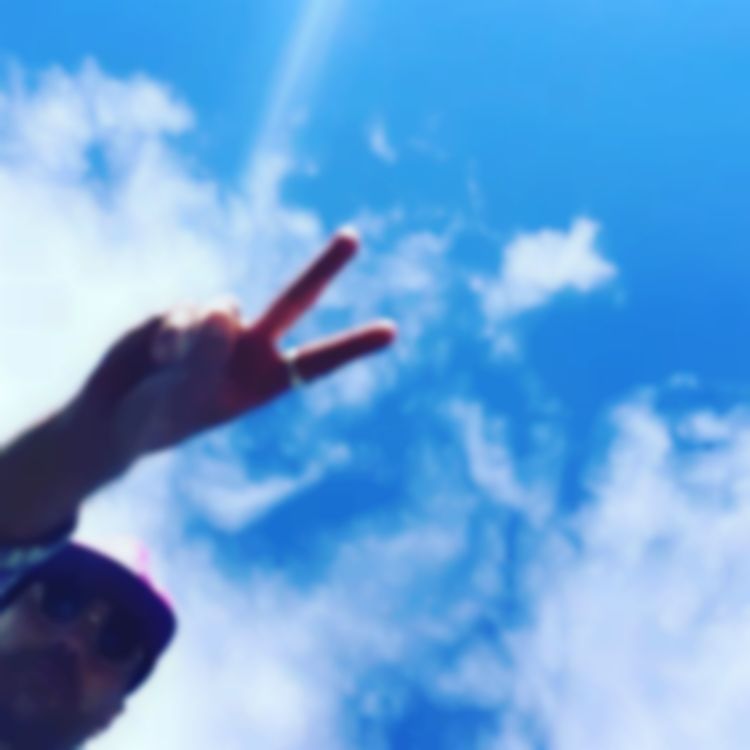 Vancouver’s Devin Miller released his debut album as Cascade Falls on Kathryn Calder’s Oscar Street Records in May this year - a record he described as a series of "hazy marmalade jams". The piano-led "Another Year (Santa’s Tired)" looks back at the lows and highs of a year gone by, adding generous helpings of jingle bells for good measure.

Check out Cascade Falls on Bandcamp. 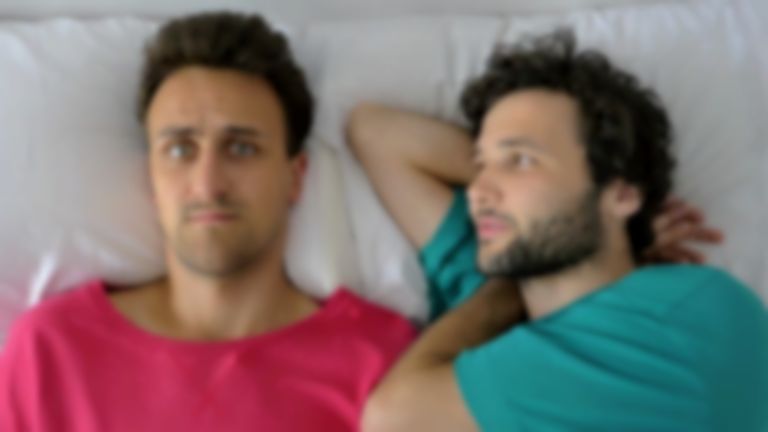 Toronto’s Steven Foster has been putting out records under the Omhouse name since 2012, between stints of playing with the likes of Doldrums, Moon King, and Snowblink amongst others. This year saw him re-group the band to record a new album, Eye To Eye. On the strength of the relentlessly shifting first two singles "Nursery" and "Aurock", released earlier this year, we can safely say it is one of our most anticipated Canadian releases of 2018. Luckily we won’t have too long to wait, as it is scheduled for release on 26 January.

Check out Omhouse on Bandcamp. 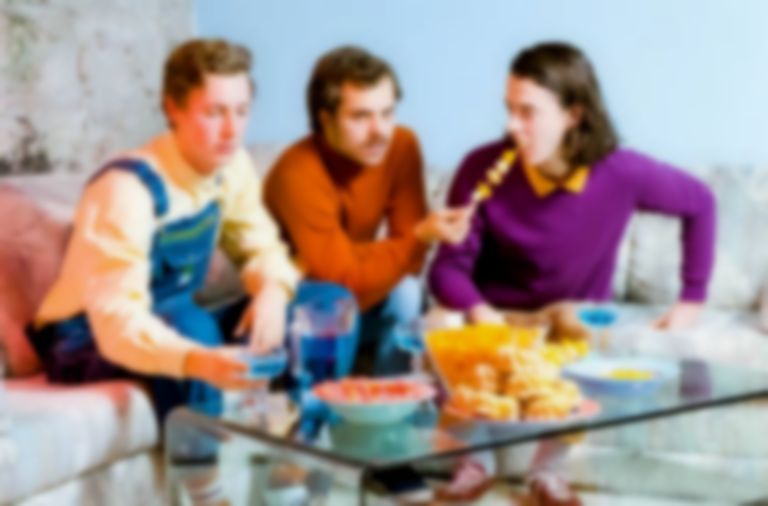 8. "Did I Make You Cry On Christmas Day? (Well, You Deserved It)" by Peach Pit

Vancouver bubblegum-poppers Peach Pit cover Sufjan Stevens on this year's Kingfisher Bluez Christmas Single. Each year the Vancouver label puts out a limited edition 7” in aid of the 1-800-Suicide and Crisis Centre of BC. Collect all the 7"s and they build into a special hand-painted Christmas Village. The single features a stripped-down demo version of the track as it appears here. A good cause if ever there was one.

Check out Peach Pit on Bandcamp. 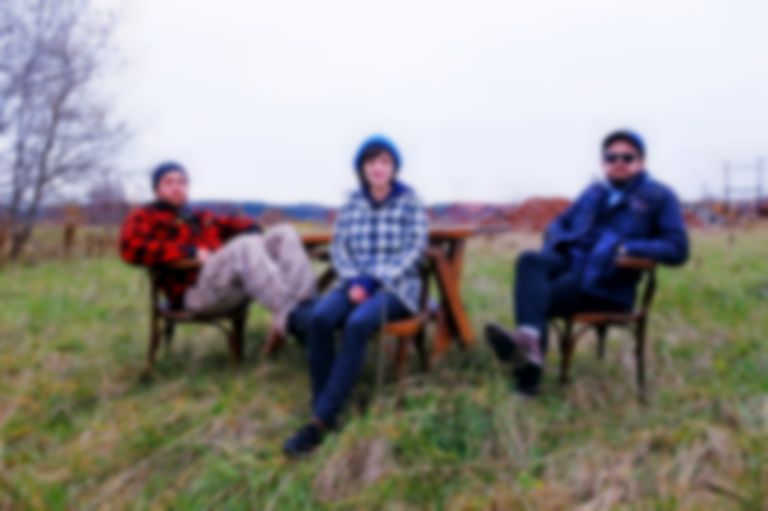 Klarka Weinwurm first came to our attention with the brilliantly named “Deathrow Tull”, a prime slice of Maritime art-rock that appeared on her Huddle EP back in 2015. A fixture in the Sackville scene, this year has seen the band touring Atlantic Canada as well as shows at Kazoo fest, Newfoundland’s amazing Lawnya Vawnya and Sappyfest for good measure. While there is no news of a new album, we are pleased to say we were able to get Klarka agreed to record a track for us this year. 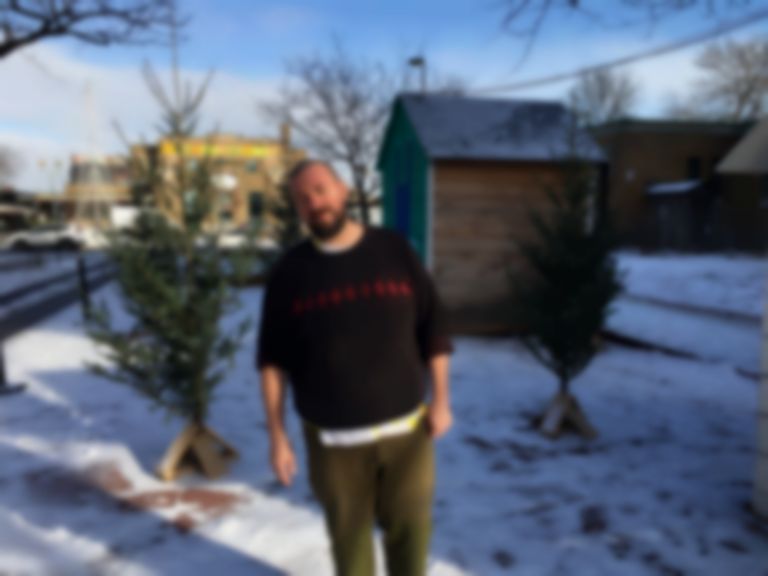 Painter, singer/songwriter, chef, frontman. Montrealer Beaver Sheppard is all of these things and more. As the front-person of CO/NTRY, Beaver released a twisting post-punk and electro record earlier this year. His solo project is a decidedly more strippe- down, lo-fi affair - simply Beaver, his guitar, and any pieces of drum kit he finds lying around the apartment.

A full new solo album is due next year, while a series of remixes of his work by Chilean Techno veteran Ricardo Villalobos was released in November.

Check out Beaver Sheppard on Bandcamp. 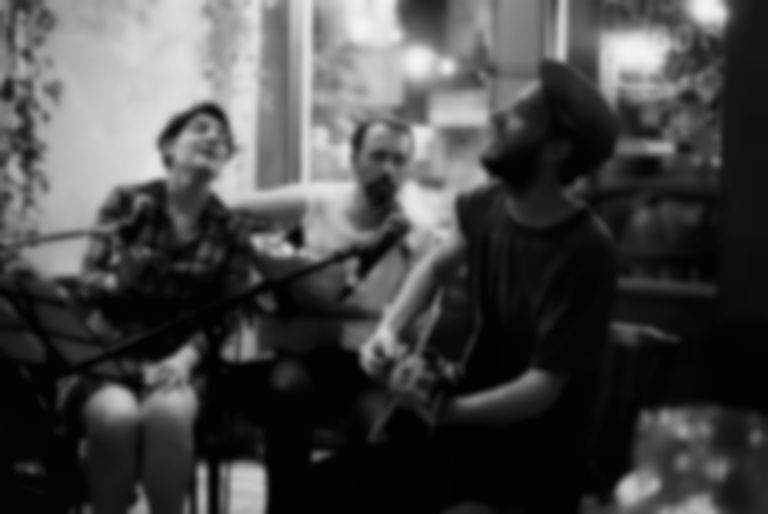 11. "Florence and Delilah" by Richard Laviolette

Richard Laviolette released his fourth album Taking The Long Way Home via You’ve Changed Records in March this year. An exploration of old memories, family, and home, it’s a warm and loving tribute to the power of music to cross generations, and contains the brilliantly titled “My Grandma’s More Punk (Than Most Punks I Know)”.

"Florence and Delilah" is about surviving winter, and takes its name from two goats owned by Richard’s friends who would leave their pen and fill the winter air with piercing human-like bleats, a sound which Laviolette describes as “The sound of loneliness”.

Check out Richard Laviolette on Bandcamp. 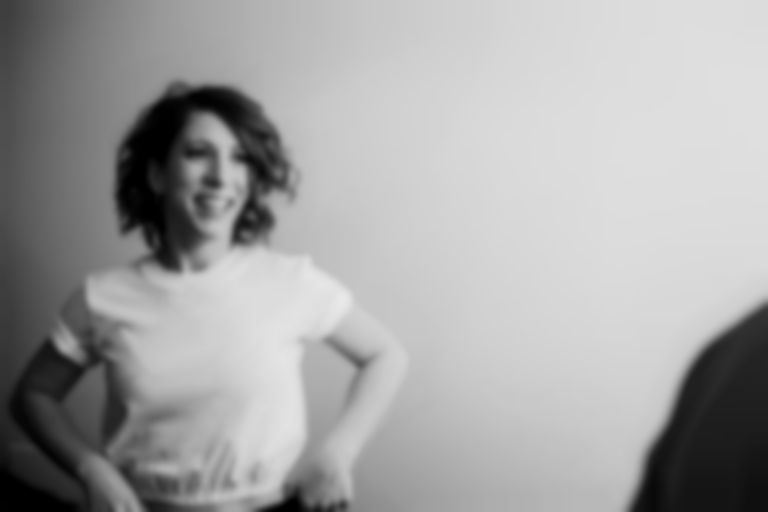 12. "Then It Snowed" by Gabrielle Papillon

Halifax’s Gabrielle Papillon returned for her sixth album Keep The Fire recently - while it is still underpinned by her sweet, distinctive voice, it marked a distinct departure from her previous, more rootsy sound and into a series of string and horn-laden epics that are strident, confident, and powerful. Collaborating with producers Daniel Ledwell and Corey LaRue has bought different textures and a more electronic “art-pop progression” but no matter the production Papillon’s observations and songwriting shine through.

Find out more about Gabrielle Papillon. 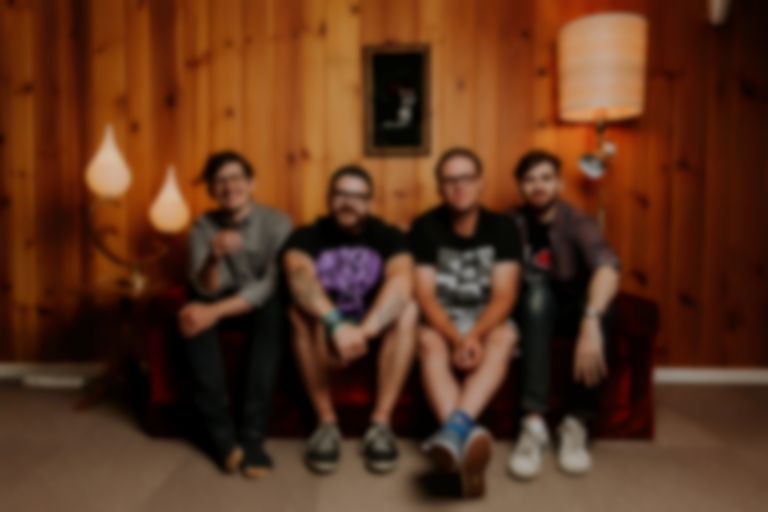 Nick Faye & The Deputies grew up in the city of Regina in the heart of the Canadian Prairies, alongside the likes of Andy Shauf and Colter Wall. With a new album, Stumbling Distance, due for release in April, Faye could well be set to follow their lead in 2018. Focusing Prairie longing and feeding it through a classic countrified rock filter, the record was given a pop sheen by Michael Wojewoda (Bare Naked Ladies, Buffy Saint Marie). Whirling organs, honking horns, swooning pedal steel, and choruses as big as the Saskatchewan skies are very much the order of the day. They also make their way onto “You Make Me Wait”, a wintery tale of almost being stood up for a date at the local ice rink.

Check out Nick Faye & The Deputies on Bandcamp. 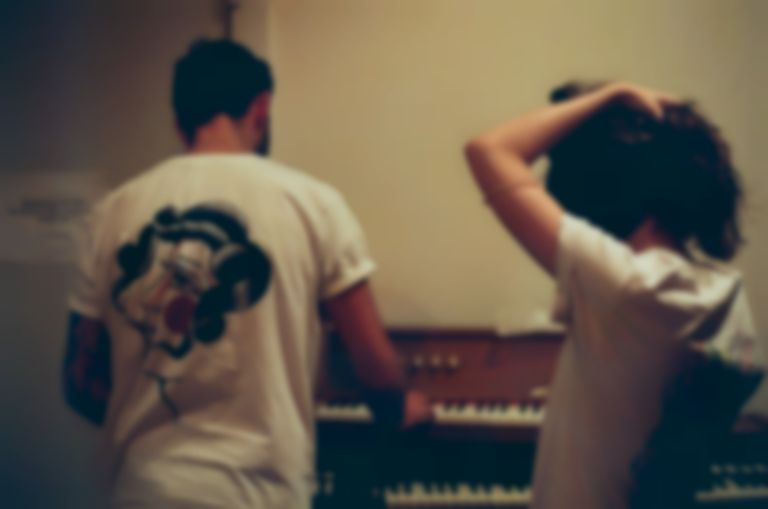 Blue J is the latest project of former Ruby Coast man Justice McLellan. Their first single, “Early Show”, dealt lyrically with the difficulties of starting a new band, and ends with his agent's advice not to do anything silly like putting it out for free, which of course is exactly what they did. They’ve repeated the trick with the wonderful winter-time wooziness of “Timezone", so grab it while you can, before Brendan finds out.

Check out Blue J on Bandcamp. 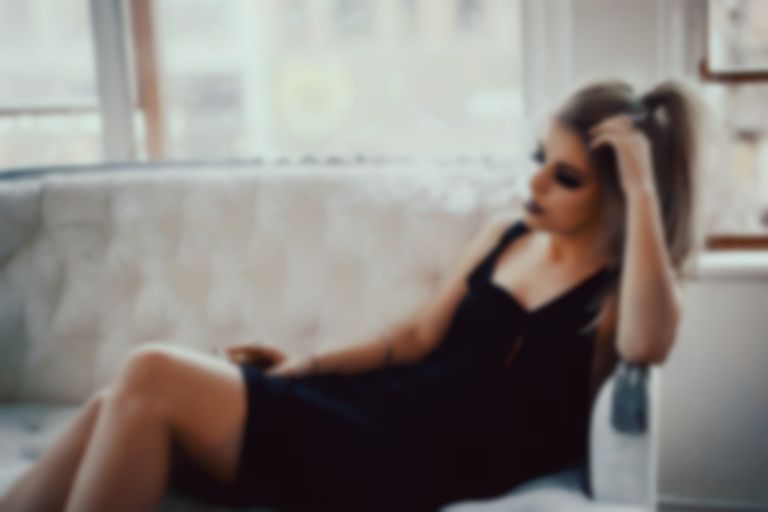 While Saskatchewan might be known for its folk and singer/songwriters, LOA and Revilla are part of the Trifecta Artists Collective that bring together a lot of the best electronic, dark R&B, and urban music in the province. A festival, a label, and a hard working community, their sound is starting to be heard outside of their respective home cities - with the likes of LOA and Samurai Champs touring across Europe in 2017. This collab, recorded specially for us, teams LOA’s frosty vocals with a verse by Revilla, the electro R&B alter ego of singer/songwriter Josh Gonzales.

Find out more about LOA and Revilla. 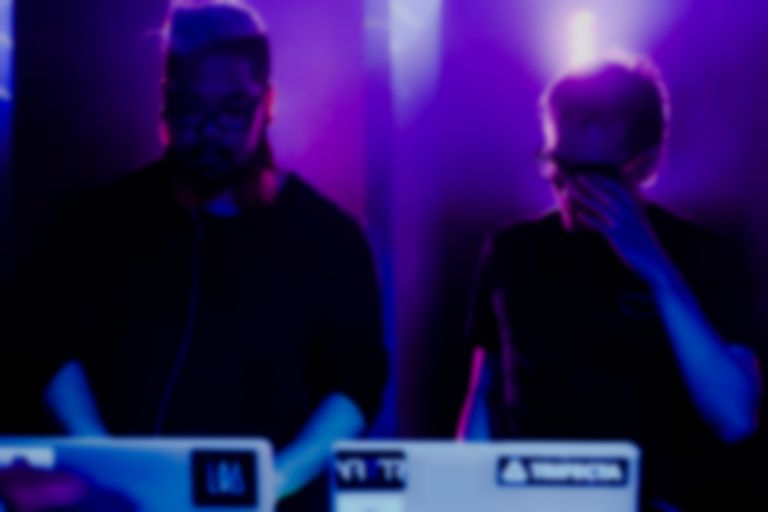 VBRTR are Lee Chan and Jono Cruz - DJs and producers and another vital part of the Trifecta Artist Collective out of Saskatchewan. They can often be found DJing across the province, or performing and producing for other artists in the collective, including LOA and Jeah of Samurai Champs, amongst others. This time they Partner with Xana, who released her self-titled debut EP earlier this year, taking a slick contemporary electro-pop template and filling it with a palpable sense of millennial anxiety.

Check out VBRTR on Bandcamp and Xana via her website. 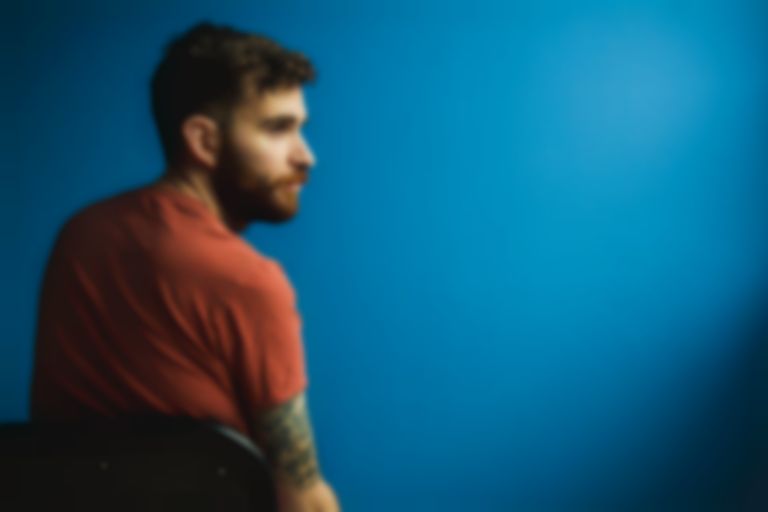 Multi-instrumentalist Jon Neher is a busy man. Lending his keyboard talents to numerous projects, including Nick Faye and The Deputies, Oiseaux, and Orphan Mothers. His latest project, Clover Grey, sees him take his bedroom productions out into the club. His track was inspired by the first snows of winter in his hometown (which, as you may have guessed, happened on 10 October). Skittering beats and insistent loops fuse with minimal piano to craft a chilly downtempo gem.

Check out Clover Grey on Bandcamp. 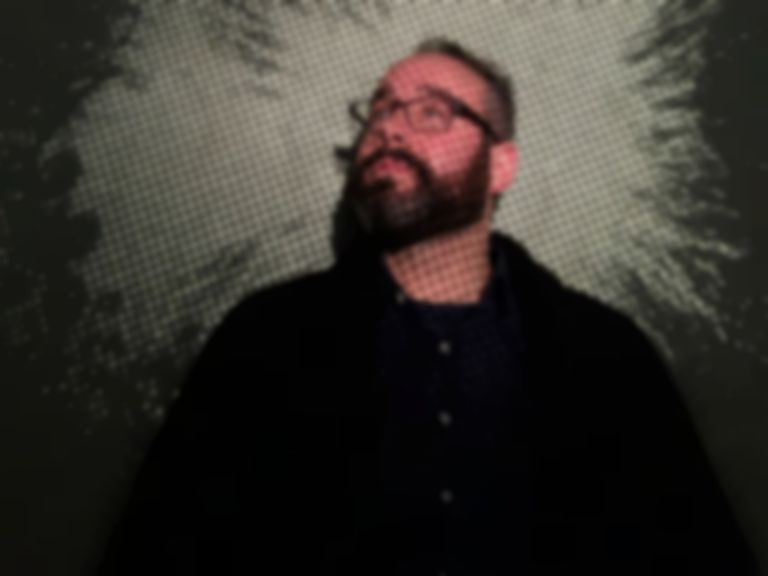 Saskatoon’s Chad Munson has been releasing experimental, electronic music since 2003. Playing with ideas of organic versus synthetic, his ambient soundscapes have a very natural quality to them. He’s also behind the Magnetic Domain Tapes label and Sounds Like Festival, an annual festival focused on art and improvisational music, drawing together sound-artists from around the world.

On “Snowfall” his aim was to “capture the feeling of those really calm heavy snowfalls. The ones that seem to cause the acoustics of the landscape to become really soft and pillowy.” In doing so he’s created a thing of quiet meditative beauty - an oasis of calm in the rush of the festive season.

Check out Chad Munson on Bandcamp.

Still not enough festive sounds for you? Take a listen to ast year's compilation.