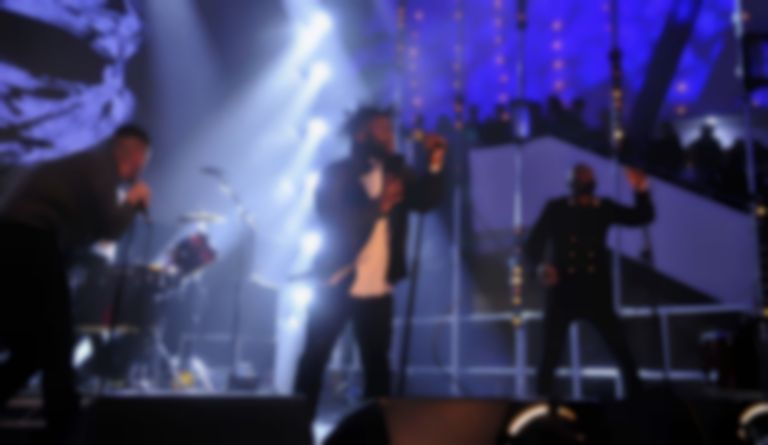 After a year of relentless touring, Young Fathers are one of the UK's most exciting live acts. Last night the Edinburgh trio closed out a very successful 2018 with a momentous performance at Brixton Academy.

The show begins slowly with "Get Started" from 2015’s White Men Are Black Men Too, however, things soon liven up with "Wire" which kicks off the truly genre-defying and career-spanning set.

Tracks from their Mercury Prize-winning debut album Dead - such as "Low" - were well received like old favourites, while material from their incredible new record Cocoa Sugar proved just as popular with the sold-out Academy. Delving deep into their impressive back catalogue, Young Fathers brought out obscure cuts including "Queen Is Dead" from their early mixtape Tape Two and "Only God Knows" from the T2: Trainspotting soundtrack.

The band’s three frontmen Alloysious Massaquoi, Kayus Bankole and Graham Hastings are all first class performers, pouring everything they have into their art. The trio are backed up throughout by two live members who provide driving, primal drum beats and rumbling synth basslines.

Young Fathers are a band who refuse to be labelled. Their set tonight blurs the boundaries between hip-hop, pop, industrial and electronic music. Upbeat tracks like "Get Up" are met with a raucous response, while slower numbers like penultimate song "Lord" prompted mass singalongs from the diverse audience.

As the uncompromising set came to an end, Young Fathers addressed the 5000 strong crowd for the first time to - very appropriately - dedicate their last song to "Theresa and the Brexit brigade". They closed with an exceptionally unruly rendition of "Shame" and left the stage for the last time in 2018 concluding their biggest year yet in true Young Fathers style.