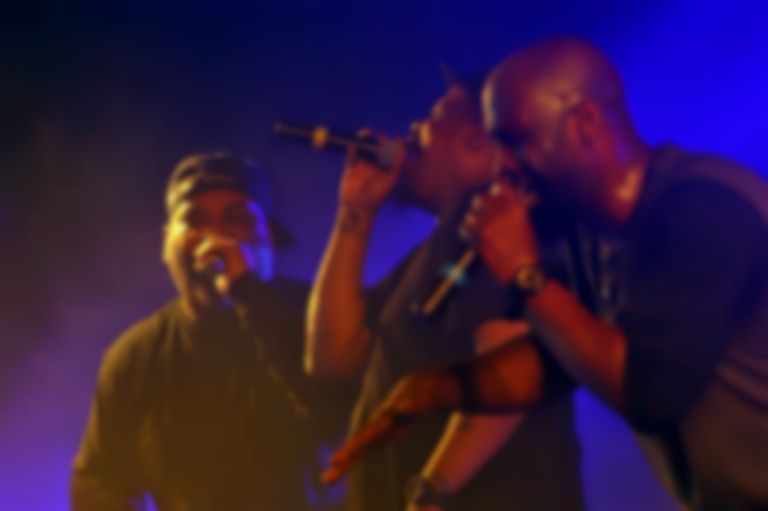 Having emerged out of an earlier InsideOut event, the inaugural YO1 festival was held on this very Sunday last year on York’s Knavesmire. Returning to the same location in the lee of the racecourse grandstand, the organisers have clearly learned from the 2013 experience. A much greater infrastructure is in place this time round and the improved facilities are reflected in the wider diversity of music on offer and the detailed planning that has gone into its scheduling. Covering most points on the musical compass from hip-hop to heavy rock and dub reggae to deep house across eight stages, YO1 has managed to distil the very essence of a three day festival into eleven hours.

Ricocheting between the Bison Coffee and Please Please You stages provides a much less popular journey than expected but, we imagine, an altogether more fascinating musical experience. The early afternoon slots afforded Wolf Solent and his beautifully blissed-out tales of cosmic regeneration or the equally fuzzy, yet marginally darker tones of the Irish quintet September Girls are not accurate signposts to some of the nihilistic mayhem that will ensue.

Local trio Fawn Spots don’t hang around - tearing through the sub-three minute handbook of all that is great about proto-punk, garage and rock’n’roll with suitable gusto. Leeds-based Autobahn, as their name suggests, have pure motorik rhythms running through their veins and in getting lead singer Craig Johnson proves they have been delving into the world MC5. It seems Will Swear For Food have also been communicating with the past because Chicago blues legend Howlin’ Wolf is suddenly brought back to life in their quite astonishing blast of gospel-blues.

“Ladies and gentlemen, this is the sound of the future”, Sub Focus frontman MC I.D soon tells the hordes in front of the Nightvision stage. It may not have quite been that but Nick Douwma’s live show - containing a heady mix of dubstep, drum’n’bass, and more chart-friendly club anthems - is strangely euphoric.

This year’s principal headliners De La Soul are currently celebrating the twenty-fifth anniversary of the release of their classic debut album, 3 Feet High And Rising. Their crowd-pleasing, hands-permanently-in-the-air set is a lesson in how to stay on the right side of end-of-the-pier nostalgia and how to bring people together with the marvellous musical legacy you have created. They do however vacate the main stage at 8pm, leaving the crowd to merge into the night and the larger marquees to be converted into seething masses of young humanity, DJs and dance.

The Wytches then put in a very strong claim to be the new princes of darkness before Pulled Apart By Horses close out the night with a terrifying, visceral blast of hard-core punk – their reading of The Stooges’ “I Wanna Be Your Dog” is by any reasonable measure rather special. Having said that the band-of-the-day award has to go to Traams for proving the kind of repetitive, rhythmic and melodic strength that will always be king when played with such marvellous, hypnotic fluidity.