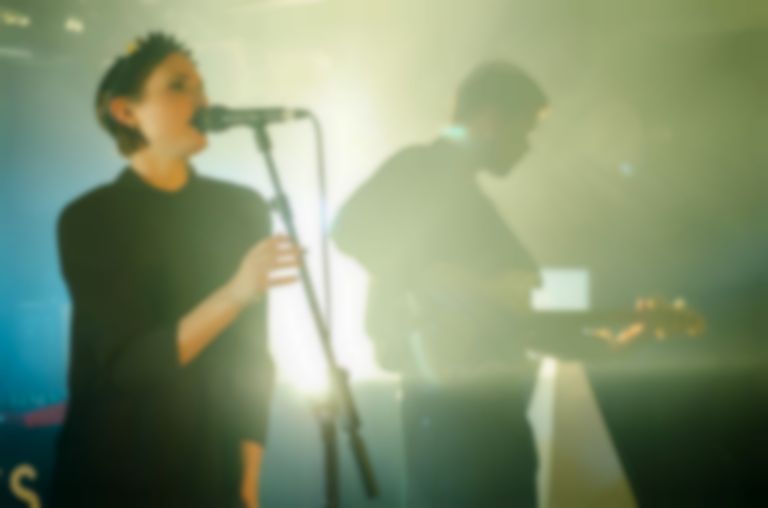 The crowd at Bristol's Exchange – a compact, front-room type venue – isn't packed out for tonight's set from Woman's Hour, but the lack of bodies is made up for by whoopin', hollerin' and grandiose applause. Clearly those that have braved the drizzly mizzle splattering Bristol's streets aren't dilettante fans; these are the diehard ranks, and, as always, Bristol's new music barometer, Big Jeff.

As per usual the now-fivesome (live drummer Phil Jordan has entered the fray), the Kendal act have brought their wooden white stalagmites to their show. Dotted around the Exchange's miniscule stage area (one of the decorations actually has to live off the stage, lonely in the naughty corner), with bright spotlights above, it looks like Woman's Hour are performing in the mouth of a giant mechanical angler fish.

For the first gig on the second leg of their UK tour, the band swan in with array of rapid-fire Conversations numbers, getting the venue into a subtle groove (bassist Nicolas Graves' shoulder game is top banana, that's for sure) and igniting warmth. It's not an overtly party-centric set – despite keysman/syntherer Josh Hunnisett's D&B-esque lurching – but the sleek fluidity of Woman's Hour's wares is relaxing and works perfectly as a catalyst for shedding social anxieties and/or pretension.

The band's debut LP is fantastic, no bones about it, but they don't seek to merely replicate the record when performing it live. There's an added depth to tracks like “To The End” or “Her Ghost”; perhaps it's the spectacle of the live show that injects the extra layers of complexity, or maybe it's just easier to glean hidden elements with the different EQ settings. Either way, the group sound fuller, bigger and more energetic, and the anxious energy that's pumping adrenaline through their veins is giving the set a more torrid finish. It could well also be the inclusion of a live drummer is now providing a new dimension.

Highlights come in the form of “Our Love Has No Rhythm” and “In Stillness We Remain”. There's an extra confidence within their renditions. Another splendid moment is their cover of Bruce Springsteen's “Dancing In The Dark”, which nary a soul notices as a cover until the chorus, when waves of grins wash over the audience. It's a totally altered version, with subdued synths and soft, plaintive vocals from Fiona Burgess.

In the end, as they finish on a sparkling, explosive version of “The Day That Needs Defending” – it's really amped up from the recorded version with extra percussion, jammy axe solos and a plethora of oomph – there's a visible contentment swirling. It's not an overt swingin' from the rafters type of emotional display, but rather a quiet, collected sense of calm.