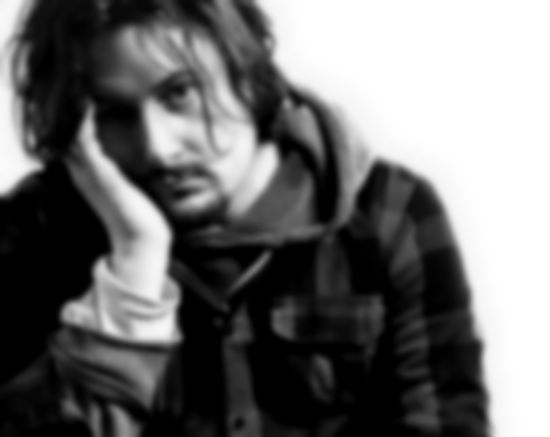 One of the most palpable influences on tonight’s headliner’s work is Darren Hayman and the various musical vehicles he’s occupied over the years. It’s a treat, then, to see Hayman and his Long Parliament support tonight. Hayman himself, decked out in oversized blazer and scholarly specs could have been cryogenically awakened from his 90s heyday, and the music itself, old and new, sounds timeless – a reminder of what a wealth of fine material he’s put out over the years.

The harmonies on “Out Of My League”, a Darren Hayman and the Secretary Modern cut, are gorgeous and so elongated, the frontman requires a quick puff on his inhaler when they finish. The “electricity pylons” on ”Calling Out Your Name” sound positively poetic. But it’s an oldie that steals the show; “The Hymn for the Alcohol” from the seminal 1999 Hefner record The Fidelity Wars has them swaying at the front.

"Isn't grey hair just a sign of a new dawn?" sings Dan Willson, half a dozen songs deep, before a busy Scala this evening. And right enough, the couple of years since these eyes last clocked him on a London stage have been kind to the man who goes under the moniker Withered Hand. Haircut, less battered guitar and a stronger, more potent armoury of songs. He’s a few years older than the “wastrel” that produced Good News and, while he’s hardly a Renaissance Man, long-term fans will notice a more confident performer and one who is, tonight, bang on form.

New Gods, Edinburgh-based Withered Hand’s second album, was released earlier this year, but the skeleton of the record was given a stripped back couple of outings at Union Chapel and Islington Assembly Hall a couple of years ago. Tonight, he brings fully formed, booming renditions. Compared to Good News, the songs are fuller and more musically ambitious. The humour is still there and, while they don’t pack the same immediate hook as some of the debut set, the record has proven its strength in the months since its release and has grown into one of the finest the year has seen.

Some of the best elements of New Gods that are audible through the stereo are brought sharply into focus when played live. There's a real rollicking feel to tracks such as “Heart Heart” and “Horseshoe”, which is reciprocated in full by the London crowd. On the likes of “Black Tambourine”, dedicated to Pam Berry (the singer in the band of the same name, who has become a regular fixture in the Withered Hand line-up) and the lovely New Gods, which is played out as an encore, the jangly arpeggios which sound so subtle on record seem to permeate through the foundations of the Scala, to nestle stubbornly in your ear for the rest of the evening.

This is certainly the tightest Withered Hand performance I've seen. Of the older material, “Religious Songs” and “Love in the Time of Ecstasy” were always going to be received most warmly. They're delivered with the expected aplomb, and there's a real sense of cohesion and musicianship among the band – perhaps more obvious than before – that adds an exciting new element. The crashing percussion escalates as they build up to the emphatic chorus of “Religious Songs” (“how does he really expect to be happy, when he listens to death metal bands?”), which is bellowed back at the band with oxymoronical triumph.

It’s this odd sense of paradox that makes Withered Hand such a rewarding listen. The songs are often aural flagellations, but are delivered in a key of hope and tonight, with real vigour. This was an excellent performance, punctuated with the customary self-deprecating jokes and awkward humour, from a man and a band who, you suspect, will always be warmly received in this part of the world.