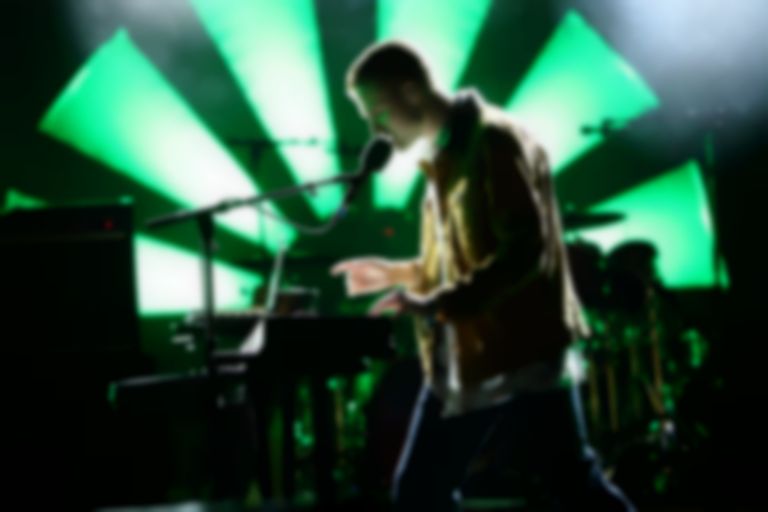 ​Wild Beasts probably can’t digest the year they’ve had. After shooting into the top 10 this year with their critically-acclaimed fourth album, Present Tense, and being in what felt like every corner of the country, the Kendal/London four piece surely can’t believe their luck. But luck only gets you so far. The band have been grafting for bona fide acclaim for over a decade and End Of The Road is here tonight to raise a tinny to their success.

​​It’s admittedly a slow start to their headline slot tonight, with the crowd’s limp bodies swaying in the wind and offering generally meek encouragement. Frontman Hayden Thorpe picks this up immediately, shouting “I said how are ya, for goodness sake?” through a grimace. Thankfully, “Sweet Spot” knows how to jolt the mood with its gurgling percussion, chiming guitars and Thorpe’s inimitable falsetto. When the quartet erupt with old favourite “The Devil’s Crayon”, however, it’s clear many members of the audience are more partial to the jungle pulse of the band’s earlier work than the vacuity of their latest.

One of the most admiral things about Wild Beasts is their effortless ability to hop between instruments in the blink of an eye. No sooner is singer Tom Fleming flicking over guitar strings than he is sprawling over keys, and much is the same for the rest of the band. Fleming has a pent-up, juvenile energy that just so infectious to watch live, firing into the fore on “Nature Boy” whilst the other three get lost in its low rumbles and menacing atmospherics. “We’ve got two types of song”, Hayden says afterwards. “One is to fight to, one is to fuck to. This is the latter”. Present Tense album closer “Palace” ensues, unbounded it its ornate beauty, stage lights blanketing the crowd in a dazzling hue.

The strongest performances of the night are “We Still Got The Taste Dancin’ On Our Tongues” and “All The King’s Men”, both taken from their superb 2009 album Two Dancers. If End Of The Road’s lifeless crowd was ever going to peel a toe off the ground, it was on these two songs. “All The King’s Men” is jocund and joyful with the boys singing about what they do best: girls and their delicious allure.

It’s truly wonderful to see Wild Beasts bound around the stage without a trouble in the world, spreading their warmth out into the chilly late summer air. But is the feeling reciprocated? It’s hard to tell if a glass was raised at all.