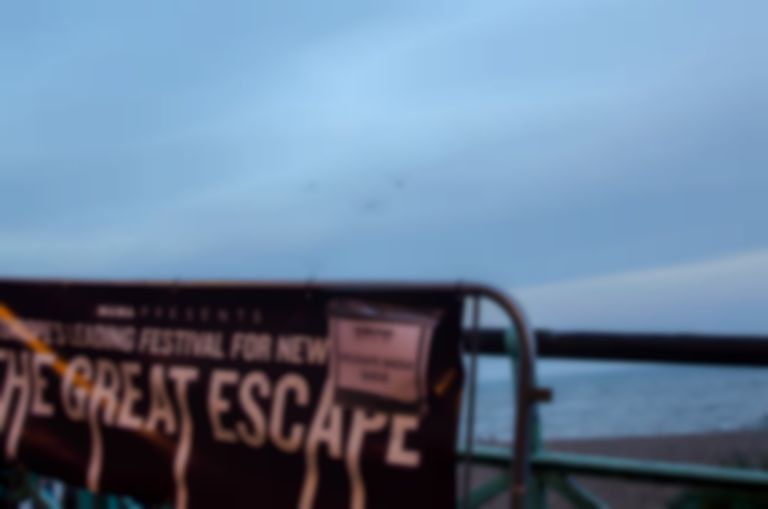 Now in full swing, Friday at The Great Escape is jam packed with highlights. George O’Brien, Thomas Hannan and Charlotte Krol feed back on the day’s best while Howard Melnyczuk and India Whiley-Morton send in the snaps.

To kick-off the second day of The Great Escape, Wilsen brought their atmospheric blend of indie to Sticky Mike’s Frog Bar basement. The haunting vocal cascades over brilliantly intricate guitar work; an eclectic array of tools and pedals allow the six-string to bring rich textures to the set, while building punchy bass lines - in “Magnolia” in particular - and gentle acoustic chord progressions make for a poignant and powerful outing. The New York band bring to mind the likes of Daughter and Sharon Van Etten as a touching and blissful opener to day two. GOB

A visibly hungover crowd on early Friday afternoon are comforted by the gorgeous coo of Canadian singer-songwriter Jenn Grant. Playing at The Blind Tiger Club as part of Nova Scotia Music Week Presents…her vibrato trembles like a bird caught in a voicebox, circling above warm folk guitar and shuffle-pop rhythms. “I’ve Got Your Fire” hears her hit every note with ease as tender harmonies flood the space dotted with bopping heads. Wonderful stuff. CK

French-based, UK/Australia four-piece Sunset Suns brought a horde of industry attention to The Mesmerist in the early stages of day two. You can immediately understand the buzz: their radio-ready pop-rock sound sits somewhere between Maroon 5 and Kings Of Leon and the frontman’s effortlessly charismatic approach puts everything in line for mainstream success. The latter comparison is uncanny at times as the vocal delivery growls out over restless rhythms and punchy power chords. Undoubtedly a name to remember and a band we will see a lot more of. GOB

Scottish duo Honeyblood appeared to come out of nowhere last year with a handful of enviably perfect songs. Still in their early-twenties, they pen smart garage-rock with the confidence of a band far beyond their years, and today shows it. Vocalist/guitarist Stina Tweeddale hangs over her guitar with a bottled-up urgency that’s released through playful, bold vocals as drummer/backing vocalist Shona McVicar springs contently behind her kit. Debut single, “Bud”, somehow sounds exactly like it does on record and yet ruptures with a raw energy live - the crowd swinging to its kisses of country rhythms. The pretty husk of Tweeddale’s vocal - often recalling Mazzy Star’s - marries with gritty guitar lines on brand new single, “Killer Bangs”, which, like all the other tracks, is performed without flaw. It’s truly inspiring to see such a forthright pair totally in their element - enough to make anyone toying with the idea of starting a band to just get on and do it. CK

Seoul are perhaps the first band I’ve seen whose music doesn’t really have anything added to it by being played in a church at dusk. For the Montreal group’s first British gig, the otherwise lovely Unitarian Chapel’s stained glass windows and rows of perfunctory but uncomfortable wooden chairs didn’t provide the atmosphere necessary for their brand of blissed out indie funk to really work its wonders. Of course, this was a fault of a venue rather than the band, who combine thickly textured synth melodies with Johnny Marr-like attention to detail in guitar riffs (where every note in every chord is given equal prominence) in a manner that’s hard not to respond to with a smile. It has a habit of washing over you, this stuff, but that’s hardly a criticism – one suspects that kind of ambience is exactly the point. TH

There’s nothing more exciting than discovering your new favourite act. Step forward: Sea Change. Grabbing tastemakers’ attention at the latter end of 2013 with songs like “Bursting”, Norwegian artist Ellen. W. Sundes has barely escaped personal playlists for the last few months. To see her perform today in the gorgeous setting of the Unitarian Church is a pure treat, and she knows exactly how to indulge us with chilly and intelligent electronics. Backed with her bandmates’ bowed guitar and synthesisers, the sound is full, layered and extremely powerful - so much so that the emotion is almost overwhelming. Every pulse, every beat, every whisper is given the upmost attention in “Let’s Dance”, which sees the seated audience transfixed by Sunde’s stunning vocal that’s at once invasive and detached. New song, “Bridges”, comes so much into its own live, loaded with heavy drum machine beats, gemstone synths and soaring vocals. As the crescendo peaks, colourful lighting slaps the walls and the track’s carefully-constructed elements burst apart, Sundes and her troops in sheer elation. We all felt the same, too. CK

Bringing some much needed groove to the Great Escape’s Friday night were Ratking, whose arrival on The Haunt’s cosy stage was greeted with the approval of a crowd who’d seemed like they’d been waiting just a little too long for their weekend to finally kick off. This left the New York rap duo with very little work to do, but it was a delight to see them go for it full throttle nonetheless. Theirs is a sound at once swaggering and fragile, almost punchdrunk, with subtleties that one worried could be lost in a sweaty, rambunctious live setting as this one, but thankfully only benefit from being amplified. “Canal” in particular shines, the first song of the night to have hands-in-the-air-like-we-just-didn’t-care. TH

Young London four-piece Lovepark took a breather after catching the eye last year, but their return to the scene is extremely welcome: their math-rock sound brings to mind early Foals and is incredibly tight and twitchingly funky. A heady jam opens the showcase before set highlight “Jester” expresses their ability to blend their clever instrumentation with subtly catchy melody. Running bass-lines, a characteristic vocal and seriously impressive drum work combine to show-off Lovepark’s beyond talent; with a new EP on the way, keep an eye on this clever young band. GOB

Lauren Bettinson of Ultraísta (Nigel Godrich and Joey Waronker) and, formerly, Dimbleby & Capper, is without a doubt one of the unsung heroines of alt. pop. Tonight proves that she is a talent in all her guises, this time going solo as FEMME. “Educated”, initially released as Dimbley & Capper, is impossible to stand still to in the confines of Digital, sated as it is with big afrobeat rhythms and Bettinson’s no-fuss pop projections. Within minutes, audience members at the front are flailing their limbs to the grooves and snaps of “Fever Boy”, but there’s an odd stillness at the back. Employing her backing dancers (‘The Bullet Girls’) to take things up a notch, what follows is synchronised dancing that’s ridiculously fun to watch. Bettinson sings almost unconsciously as she dances with sass - all gold chains jangling around her neck - and the natural performer in her hits you hard around the face. Here’s to hoping she gets all the recognition she deserves. CK

Will And The People

London-based four-piece Will and the People entertained the queues for the Unitarian Church in a brilliant pop-up show: the reggae-infused pop is a breath of fresh air and it is brilliantly apparent how well-toured the band are as they smash through incredibly tight jam-like tracks. “Salamanda” and a rousing cover of Pixies’ “Where Is My Mind” stand-out; the former brings to mind Vampire Weekend with its pop-ska sensibilities. There’s a captivating sense of fun about the impromptu set and Will And The People are well-worth catching on the festival circuit on a hazy summer day. GOB

If there’s one thing I’d recommend doing at The Great Escape, it’s getting rid of all your mates, losing your bearings and just deciding to check something out on your own. I have thus far done it once, and have had a 100% success rate. I forget what I was meant to be watching, but it can’t have been any better than Amsterdam’s Kuenta i Tambu (or K i T) at the Green Door Store, who provide my unequivocal highlight of the day. Bludgeoning a crowd of strangers in to joyous, communal dancing through a mixture of high tempo electronica and Afro-Curaçaoan tambú, they prioritise rhythm above all other sonic concerns, and sure make a convincing case for its superiority – at one point, nigh-on the entire room is waving some piece of clothing around their heads like a moshpit of helicopters. It looks, and sounds, brilliant. TH

One of our real Great Escape ‘ones to watch’, Copenhagen’s Broken Twin played the penultimate set at the Unitarian Church. Sitting behind a brilliantly imposing grand piano and with a string-based accompaniment, the young Dane is beautifully alluring with songs from her new album May “Out Of Air” and “Sun Is Gone” standing-out. Her rich, dulcet vocal carries a deep power beyond her young years and you can completely understand why she is getting the attention she deserves; s a spine-tinglingly emotional performance in a perfectly apt setting from another seriously talented Nordic artist. GOB

Digital is full from front to back for Phantogram, their name having been among the day’s most regular answers to the continual “who are you checking out tonight?” question. Fleshed out to a full band from the core duo of Josh Carter and Sarah Bartel, theirs is a curiously imposing wall of sound not devoid of hooks, but seemingly intent on burying them in layers of reverb – meaning there’s effort required if you want to find the gold hidden therein. As such, it struggles to translate to more than the seemingly entranced members of the front few rows, attention waning towards the middle of the room where people seem to struggle to identify where a verse ends and a chorus begins, such is the lack of dynamic on play. The tunes are there though - if you work for them. TH 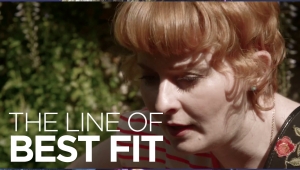