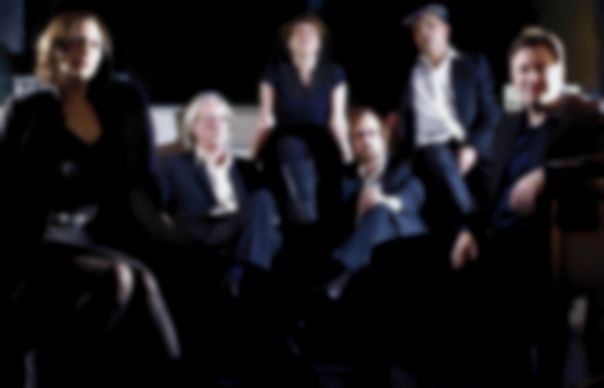 “I’m just a country girl”, joked The Delines’ Amy Boone, towards the end of their terrific set in the suitably intimate surroundings of the upstairs room at The Lexington on a sultry Tuesday night in London. With earlier cracks about trying turn her into a “diva” by means of an upgrade to First Class on the flight over, and a running between-song riff about providing with some props (cocktail shakers being the most popular suggestion) or dancing lessons to enliven her performance, Boone is indeed an unassuming presence on stage.

Or at least, she is until she begins to sing.

Richmond Fontaine’s singer-songwriter (and, more recently, also acclaimed author) Willy Vlautin assembled The Delines in large part because, having heard Boone’s vocal, he felt compelled to furnish it with words and stories. This is a voice that has lived. A voice that speaks of hard-won wisdoms, alternately fragile and strong, bruised and tender. And Vlautin too has more than lived up to his brief, his songs an ideal showcase for its incredible emotional range.

Opening, as does their recently-released album, Colfax, with “Calling In”, it quickly became apparent that this voice would be the star of the show. With Vlautin taking very much a non-starring role (the lack of spotlight on his face through the entire performance probably deliberate), the songs became more break-your-heart when delivered live even than they seem on record.

Singing to a sea of plaid, high points of the set with few lows included the “If I end up in Atlanta” denouement of “The Oil Rigs At Night” – like a punch of emotion to the gut – and “Wichita” which came across live as surprisingly upbeat: more a country-soul celebration of a love affair than a wistful plea (and none the worse at all for it).

For a band that have only been together a short while, one of the unexpected delights of their set was the amount of non-album material that they also performed (along, Colfax fans will be pleased to know, with each of the album’s tracks). A duet by Vlautin and Boone of a Delorean song “What One Bottle Can Do” was a good match with the band’s own material: rather like a home-alone version of “Calling In”. Bassist Freddie Trujllo’s “Freddie Fender” was less interesting, but an allowable moment in the spotlight for another member of this band that all seemed to be having an extremely enjoyable time touring together, clearly comfortable and revelling in each other’s company and musicality.

Amy Boone’s own composition, “Heart, Trust and Pride” was another sucker-punch moment. Just seconds after some jocular on-stage chatter, she launched into the song having told us she would need to get herself in the right frame of mind by thinking about her family back home in Texas. Whatever her wistful homesick thoughts were, they worked a treat, adding to the impact of a beautiful and tender moment, among many more that were delivered over the course of the evening.

The new Delines tracks were predictably great, and could have earned a place alongside anything Colfax offered. “The Golden State” in particular, played as part of the encore and written, Vlautin told us, specifically for this tour, is another upbeat duet in which Vlautin and Boone play the parts of two old, jaded (ex?) lovers, on the lam in California. Think, perhaps, a West Coast, country music, slightly more subtle version of Fairytale of New York.

Throughout, the musicianship on display from Vlautin himself, David Murphy on pedal steel, Truillo on bass, Richmond Fontaine drummer Sean Oldham, and Cory Gray on keys (standing in for Jenny Conlee of Decemberists, unable to make this tour) was perfect: unassuming enough not to stand in the way of THAT voice, but a warm and sympathetic atmosphere-setter for these songs, and stories, and characters, which will surely linger in each audience member’s mind, long after the lights dimmed and the show swooned to an end. 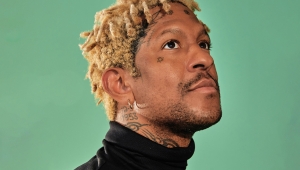