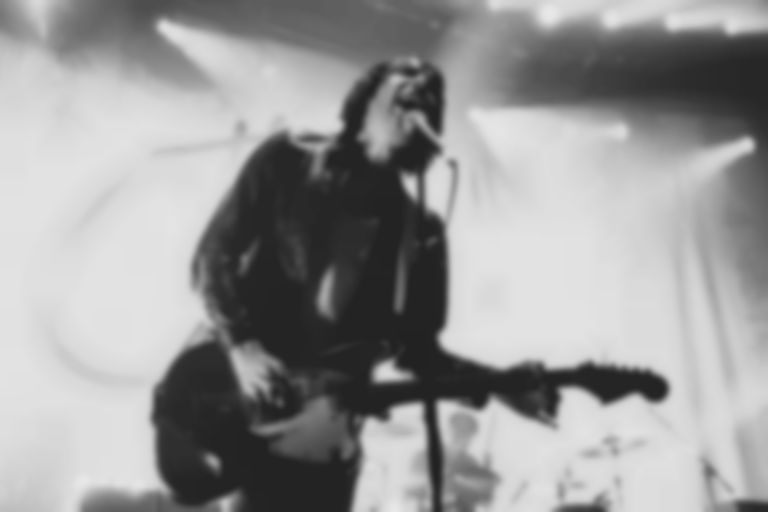 If, at some point this year, you’d been tempted to file three missing persons reports for The Cribs, I couldn’t really blame you.

Time away from the road is not something that’s ever been in their DNA; they’re a DIY outfit that started out playing anywhere that’d have them in exchange for a tank of petrol and a case of beer. They've always eschewed tour buses in favour of the van, even when they haven’t needed to. They can, by now, probably count on one hand the number of cities they haven’t played in the UK (they’ll tick one of those, Bath, off later in the year.) The tale of their ultimately aborted attempt to reach Coachella in 2010, after that Icelandic volcano played havoc with international airspace, is up there with Henry Rollins’ ‘Eric the Pilot’ story. This is a band that lives to play, so any calendar year where, by my count, they’re on course to play barely a dozen shows is bound to be an unsettling experience for group and fans alike.

All of which meant that if they were going to come out of hibernation this year, it’d only be polite to do something special. Spiritually, tonight’s outdoor show at Millennium Square can be considered the third instalment in a trilogy of career-defining live turns in Leeds, following on from 2007’s Cribsmas, which saw them play every song they’d written to that point over the course of three nights at the Brudenell Social Club. Its follow-up in 2013 comprised two festive shows at the Academy that saw the triumphant return of Johnny Marr, the reformation of Black Wire in support, and an old-school night that exclusively mined the pre-2005 vaults. Symbolically, though, this is the biggest of the three - “a bit of a childhood dream,” as Gary Jarman’s already put it. This is a huge outdoor show, right in the centre of their adopted hometown. Like their heroes in Nirvana or Queen, and perhaps contrary to their punk image, The Cribs have always aimed big.

It doesn’t really come much bigger than this, either. There are fans here today who’ve flown in from all over the world, and others who can lay claim to having scores of Cribs shows under their belts. None of them would tell you that they’d experienced a sense of occasion quite like this one. The support line-up says a lot about the band and their backstory; Leeds up-and-comers Menace Beach open proceedings, and perennial riff-botherers Pulled Apart by Horses have, like the headliners, just emerged from studio seclusion, debuting a hat-trick of new songs here. Having Thurston Moore round off the bill, meanwhile, brings things full circle for The Cribs, and cements their connection with their teenage heroes in Sonic Youth; both bands, in the most affectionate possible terms, are punk rock weirdos.

This being the biggest audience The Cribs have played to at a headline show, the setlist’s an avowedly crowd-pleasing affair; Men’s Needs, Women’s Needs, Whatever and Ignore the Ignorant are the two records that the casual fan is likeliest to own and, accordingly, take up nearly half the evening between them. The singalongs are all present and correct, from the rowdy - “I’m a Realist”, “Men’s Needs”, “Another Number” - to the reflective; the acoustic “Shoot the Poets” is in there, as are “Moving Pictures” and “Be Safe”. They’ve been a band of many faces over the years, and most of them are well represented tonight; a clutch of tracks from last year’s pop oddball For All My Sisters make the cut, as do a couple from In the Belly of the Brazen Bull, the record that marked their return to offbeat rock and roll after Marr departed the fold.

Most special of all, though, are the songs that seem imbued, more so than ever, with a sense of nostalgia, that transport us back to the days when this could only ever have seemed a fantasy. You can feel that in the anti-fashionista fury of The New Fellas, a record that fizzed with their disdain for and disconnection from the Leeds scene, back when it was “trying to set us and Wakefield at war”; the idea that this city might feel cold to them is preposterous now. It’s in the achingly lovely “Simple Story”, too, the only Sisters song to be cut in rough-and-ready fashion back in their hometown of Wakefield. Last year’s B-side “Wish I Knew You in the 90s” extolls the same kind of sentiment, too, but more than anything else, it can’t be a coincidence that they’ve dusted off “Leather Jacket Love Song” for the occasion.

For years an unreleased rarity, it finally turned up in 2013 with a video based around old camcorder footage of the brothers as kids, warming up for, and then playing at, Ossett Town Hall, not too far from here. Back then, this was the dream - playing to 8000, outdoors, in the big city. That would be their Live Aid ’86, their Reading ’92. Tonight, they made it reality - for a couple of hours, all of Leeds could hear The Cribs. The next day, they took to Twitter. “We have played 833 shows in total. Last night was number 1.” The thing I’ve always valued most about this band is their honesty.