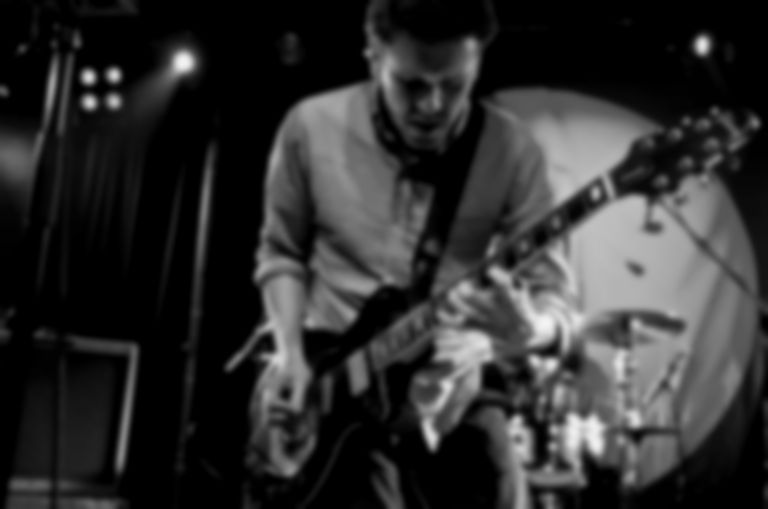 When a band with a cult following arrive in town to play their first UK gig in over a decade, it could either be a triumph or a disaster. From the moment this date was announced a certain type of music fan began to whisper about it, get excited, make plans. The anticipation is palpable during what seems like an inordinately long wait between openers Let’s Wrestle and Superchunk hitting the stage, during which members of the front row share stories of seeing the band with friends in years gone by- people with whom they’re now reunited to do it all over again.

As the band hit the stage, frontman Mac McCaughan thanks them for waiting. “What’s a few extra minutes?” he asks. “Yeah, we were just fucking around,” contributes guitarist Jim Wilbur with a grin before the band snap into ‘Throwing Things’ from 1991’s No Pocky For Kitty.

What follows is a pogoing, leaping, whirlwind lesson in hook heavy power-pop that takes in tracks from pretty much the whole Superchunk back catalogue. Every break in the set is greeted with shouted requests – after all, ten years is a long time to wait for your favourite song. Before long choruses are being bawled back at the band with abandon- arms in the crowd flailing and pointing in the air as Wilbur and McCaughan rip hook after hook from their guitars. McCaughan does his bit too, careening around the stage, leaning over the front-row and teasing tones out of his guitar, standing in classic rock-star pose in front of his amp, dancing around and shaping feedback. With the likes of ‘My Gap Feels Weird’, ‘Learn To Surf’ and ‘Digging for Something’ receiving some of the biggest cheers of the night, it’s clear that this is no mere journey down memory lane but a vibrant, vital and headlong charge of a show. Majesty shredding indeed!