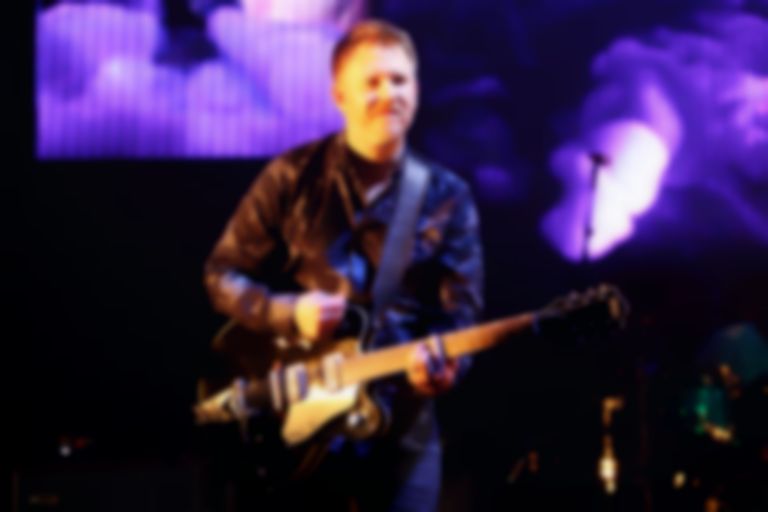 Sónar, now in its second year of passing through Bogotá, the Colombian mountaintop capital, is quickly becoming something of an institution for the city’s youngest, trendiest, and most monged-out.

The city - and region - is still finding its feet with festivals of the more traditional variety (it has a very muddy shindig that Mumford & Sons headlined back in April, but not much more), let alone the de jour brand of concrete urbania and scratchy bleeps that Sónar represents.

So, while I am no ardent fanatic of this current wave of swirly loops and syncopated claps, I am one for mooching around people much better looking than me, while dancing like a tit. Sónar, gratefully, had me covered.

The festival, just a one night affair, is pretty DJ-centric, with three stages spanning across the Corferias convention centre not far from the heart of town. It’s a cracking space to see bands because the distance between stages and bars is minimal, and I’m old before my years and have cack ankles.

Onto business. Shortly after I arriving I caught the very end of Dengue Dengue Dengue. They’re a fun Peruvian duo that wear masks like MF Doom but make far more trippy music, well suited to the crowd, judging by the number of dilated pupils visible.

New Order, as expected, were a hoot. They opened with the newer stuff that no-one knows but as the set went on, their back-catalog got a seeing-to in all its rug-cuttery. I’m a sucker for “Temptation”, both the song and the concept, and it was a right delight tonight. “True Faith” had me and a sweaty few others stomping. I also found myself seeing something wonderfully endearing about Bernard Summer’s band of stately dadbods, looking like they holiday together in Marbella or some other scorching clime. But then, I wouldn’t want an ageing Manchester outfit any other way.

Obviously “Blue Monday” had everyone by the balls, even on a Wednesday, and even those who don’t have balls. And then for the encore the did their customary rendition of Joy Division’s “Love Will Tear Us Apart”, which the crowd went bonkers for. I guess that’s a given going by the number of Unknown Pleasures t-shirts sported tonight. Still though, it must be a quite an ordeal to still be paying tribute to - and thus grieving - someone who died over three decades ago, however tragically.

After them, Ellen Allien - a German soundspinner - took to the stage for an hour of industrial, trancey noise. As far as I’m qualified to say, it was a consummate performance. Everyone jumped around in a frenzy, which I guess was her intention. My friend started to have a bit of a psychedelics-induced breakdown; jury’s out on those intentions.

Moderat were last on, and all snark aside, ruddy fantastic too. They may be achingly hip, but they’re a supergroup of DJs from Berlin. There’s not much they can do to fight it. That’d be like asking a fabled scorpion not to sting a frog. “Running”, from this year’s album ‘III’ was a particular early hoot. I pogoed like a nutter to their remix of Jon Hopkins’ “Abandon Window”. And “Bad Kingdom”, which is their hit - if they can be considered to deal in such commodities - also sounded starkly wonderful.

Moderat have a steely knack for churning out sparse, desolate soundscapes that still twang with humanity, and tonight is a walloping testament to that. I’m typically beats averse - I mean, lyrics and guitars are more my speed - but this trio of knob-twiddlers could convert me yet. And some rather trendy local magazines have been saying that was the best ever performance by a live act in Bogotá, which is better than a kick in the teeth.

So, I stumbled into a cab in the wee hours suitably sated by the second year of this rather unique but wholly necessary Bogotá experience, and yes, my hangover the next day suggested it was a night well spent.