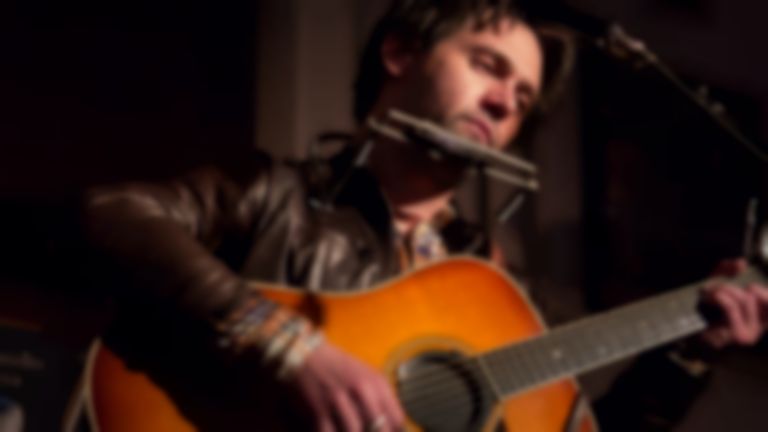 The story behind Conor Oberst’s last couple of records is fairly well-established by now.

He turned in demos for what would become March’s Salutations to his label, Nonesuch, last summer, having worked on new songs in the aftermath of one of the bleakest periods of his life - first having endured the fallout from an ultimately rescinded allegation of rape in 2014, and then having to cuts short a tour with his punk side outfit Desaparecidos when doctors found a cyst on his brain. The tracks were understandably bleak and the label suggested that he release them in their unvarnished, raw form. Oberst agreed, releasing Ruminations last October, on the condition that he could still see through the full band versions of the tracks.

That means we’ve seen both sides of these songs live now in the North West; in February, Oberst played at the Albert Hall in Manchester one of only a handful anywhere in the world of solo shows that saw him play with the guitar, harmonica and piano, with only bass backing from long-time associate Miwi La Lupa in the form of a backing band. Down the other end of the Mersey tonight, at the O2 Academy in Liverpool, he brings a full six-piece backing band for a career-spanning set that touches upon the Bright Eyes catalogue as well his past solo works that predate Ruminations.

Oberst has a tendency to shy away from the more experimental side of his musical persona at gigs like these; he tends to put together a band that’s more suited to the rootsier, country and folk-flecked moments, which would explain why the freewheeling Bright Eyes likes of “Well Whiskey” and “Southern State” make the cut but there’s nothing from, say, Digital Ash in a Digital Urn or the group’s last album, The People’s Key. The Salutations tracks are largely excellent, though; opener “Barbary Coast (Later)” remains mournful even in its fleshed-out form, whilst “Till St Dymphna Kicks Us Out” ends up closer to the raucous drinking anthem that the lyrics would suggest - set closer “A Little Uncanny” is similarly boisterous.

Casual fans are rewarded for their patience with a rendition of Bright Eyes’ much-loved “First Day of My Life”, but otherwise Oberst gravitates towards deep cuts - the subtle drama of “Artifact #1’, from 2014’s underrated Upside Down Mountain LP, is a highlight, as is an epic run-through “Cape Canveral” during the encore. There’s no mention of politics tonight, breaking from form on this tour - Oberst, who famously excoriated George W. Bush on national television in America with “When the President Talks to God”, had delivered a similar rebuke to Donald Trump just a day earlier at Green Man festival. Instead, Oberst lets the music do the talking - which, after everything he’s been through on a personal level of late, must be a relief in itself.