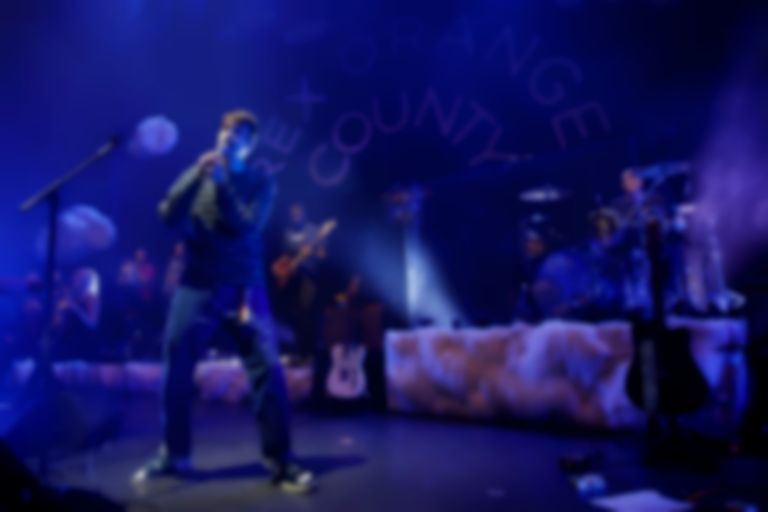 Floating below the hanging clouds on stage at Hammersith's Eventim Apollo, 20 year old Rex Orange County delivered a beautifully abnormal performance that perfectly executed excellent renditions of his tracks from debut album Bcos U Will Never B Free as well as follow up Apricot Princess.

Having released two albums laced with jazz harmony and playful hiccups of lyrical character, Rex Orange County has enough pizzazz to gain support from Tyler, The Creator as well as thousands of high pitched screams from his adoring fans at a sold-out London show: “I should just say give in and be happy instead”.

Opening with the title track of his sophomore album “Apricot Princess”, we were blessed by his beautiful band including a six part string arrangement that reiterated the emotion of the studio sessions which the audience already knew so well.

Highlights included Rex discussing the romanticism of years ago when he had visited the Eventim Apollo with a girl he had studied with when he was attending Brit school. Inviting his now girlfriend Thea on to the stage as guest vocalist, the duo performed a romantically intertwined version of “Sycamore Girl” much to the crowd's pleasure.

Rex’s ability to communicate himself as a solo performer as he performed songs from his first album and DIY release Bcos U Will Never B Free, showed his craftsmanship as a testament to his authenticity as an artist.

Tonight Rex Orange County was humble - faultless in musical execution and I can say without a doubt that I now believe socks and sandals are cool again.