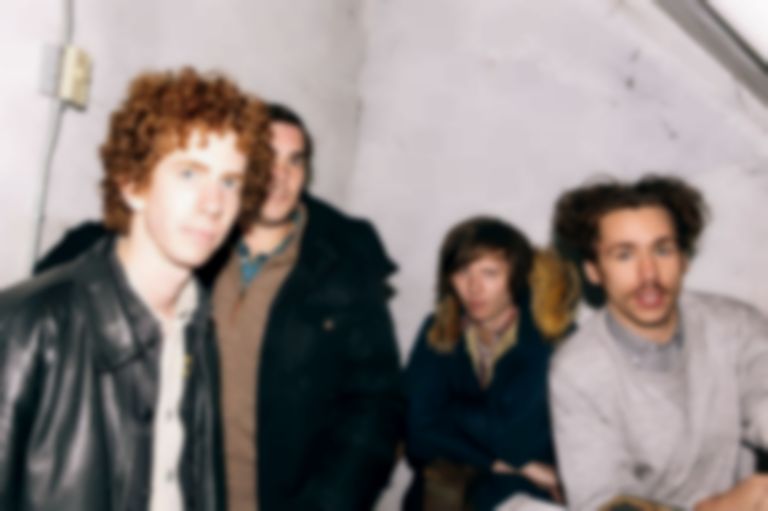 It takes a special kind of band to be able to pack in as many killer tunes as Parquet Courts do into a setlist.

But with six distinctive albums in their arsenal, they do it with ease. Now in the midst of promoting this year’s epic release, Wide Awake!, the New Yorkers brought their colossal rock party to Camden’s Roundhouse for a night of unending pleasure.

Smashing straight through with some of their best tracks back-to-back, Parquet Courts aren’t afraid to start off big. Without stopping for breath they kick off with their latest classic ‘Total Football’, before unravelling into ‘Dust’ and ‘Almost Had To Start A Fight’, before powering through to old favourites ‘Master of My Craft’ and ‘Borrowed Time’. They even manage to throw in a Ramones cover.

With a theatrical lighting setup like no other, colours swirl the stage as the band’s shadows are transformed into a live, moving backdrop for themselves. But this clever setup only enhances the spectacle and as well as the party vibe; nothing can distract from the monumental show of the music itself.

It’s not until about halfway through the set that they manage to calm themselves enough to talk to the crowd, revealing that this is their biggest show to date, before playing a fun game of Parquet Courts trivia. The crowd revel in this interaction as the many long-time fans get to show off their knowledge of a band that have only become more and more captivating to watch live. It’s no wonder so many have been there right from the start.

More questions are thrown out to the crowd as the set goes on, and each time their loyalty is rewarded with more first-rate tunes.

Eventually ‘One Man No City’ crumbles into one astronomical jam, with the band surging on through a long, incredible breakdown of noise, before eventually closing up the night with ‘Light Up Gold II’.

Parquet Courts don’t do things by halves. They cram in as much music as possible to a show and do it to perfection. They know exactly what the fans want and know exactly how to give it to them.