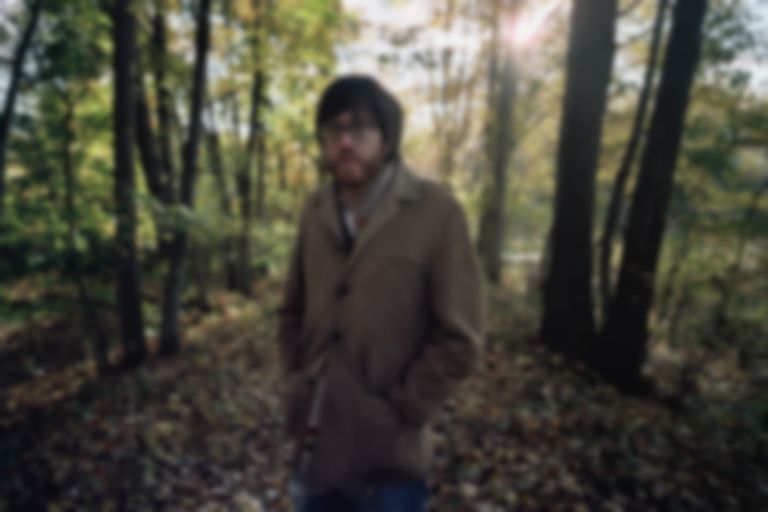 The last time I saw Okkervil River was back in November 2008, a week or so after an obscure junior senator from Illinois was elected President of the United States on a platform of can-do optimism and hope for the future.

The mood that night was triumphant - even if the band themselves, at the tail end of a long tour, were obviously starting to flag a little. Fast-forward eight years later, and Will Sheff and his intermittently merry troubadours returned to London in very different circumstances at the Islington Assembly Hall tonight (10 November), and in a very different state of mind.

Indeed, Sheff, a supremely talented crafter of lyrics as well as an accomplished music journalist seemed to find himself uncharacteristically lost for words to describe the enormity of the events that had just rocked his country to the core. He thus decided, with the wisdom one would expect from the mind behind "Black Sheep Boy", to let his songs do the talking - and in doing so, provided the catharsis we all needed after the long, dark night of November 8th.

For a band with a reputation for low-key, maudlin acoustic indie-rock, Okkervil have always been a riveting live draw, and remains the case despite Sheff rocking a completely different set of bandmates than he did in their mid-to-late Noughties heyday. Cully Symington might not be the ever-smiling presence of stalwart former drummer Travis Nelsen, but he's just as impressive a percussionist, and Sarah Pedinotti's synths and backing vocals add exciting new dimensions to old songs.

Indeed, one thing that becomes readily apparent from the outset tonight is that the band aren't wary about playing around with the hits. Old favourites "Unless It's Kicks" and "Our Life Is Not A Movie Or Maybe" are shifted down-tempo, transformed from upbeat indie-rockers to something sparser and rawer; "For Real" goes for a more country-rock vibe than its recorded incarnation. Some tweaks definitely work better than others, but by and large it's heartening to see an established band make such an effort to keep their back catalogue feeling fresh.

All that's not to say that their newer work isn't equally meritorious. "Okkervil River R.I.P", the lead single from their new album "Away" is a delightful, stripped-down folk ballad that evokes the earlier, more subtle era of the band. In contrast, "Down Down The Deep River", the highlight of their 2013 release "The Silver Gymansium" is the most glorious straight-down pop song Sheff has ever written, enhanced even further by the sheer gusto they perform it with.

One thing that hasn't really changed though is Sheff himself. His uneasy relationship with the notes he's actually aiming for remain an integral feature of an Okkervil River live set, but his relentless passion and unusual erudition more than compensates. Tonight could have seen him on a downer, depressing all and sundry with an understandable fatalism about the fate of the world, but instead he transforms his despair and anxiety into something positive and joyful. Lest we forget the gravity of the situation however, he commences his encore in the most bleakly fitting way possible- at the back of the Hall, acoustic guitar in hand, bellowing "The War Criminal Rises and Speaks" - which resonantly concludes:

"Our blood-spattered criminal is inscrutable;
Don’t worry, he won’t rise up behind your eyes and take wild control,
He’s not of this time, he fell out of a hole."

Oh, Will, if that was only the case.