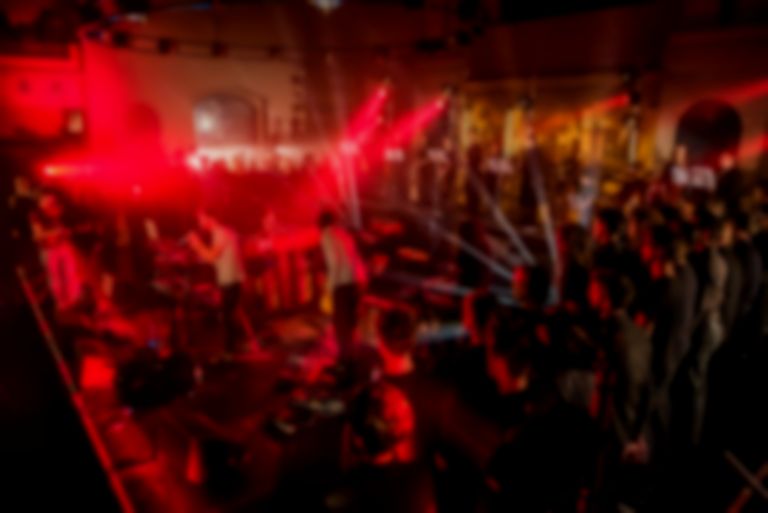 LCV’s offshoot Kin Choir opened the Mahogany Sessions night with an expected but nonetheless beautiful rendition of Kavinsky’s “Night Call” before London Contemporary Voices sang choral reworkings of contemporary tracks such as The Staves’ “Winter Trees” and Aurora’s “Runaway”. Fifty professionally-trained voices weaving harmonies together is a beautiful thing in and of itself, but the night got even more interesting when they went beyond what’s traditionally expected from a choir, even an alternative one, as LCV’s rendition of Eric Whitaker’s “Cloudburst” brought something different to the performance, with finger clicks sounding like raindrops and canons teetering on the brink of dissonance.

After a set by LCV-founder Anil Sebastian’s new band Hrim, headliner Gwilym Gold arrived on stage and played a set of songs from his debut album Paradise accompanied by the choir and string ensemble.

You might have heard about Gwilym Gold through his solo work, or you may remember him fronting the not quite world-beating but subsequently almost cult concern indie pop band Golden Silvers. Whatever his past, he now composes melancholic, piano-led songs with added electronics that are really spellbinding – “Triumph” in particular is a gem – but right at this moment the “Warning: strobe lights and smoke machines will be used during this performance” sign blu-tacked on the entrance door came back to mind, as well as the fact it was well past 10pm on a Friday night. A party felt round the corner, yet there were no strobes, nor did any of Gold’s crescendos and chord progressions blossom into a truly climactic moment, leaving the audience in a frustrated state comparable to being on the verge of sneezing.

The second of the night’s co-headliners, Brighton-based electronic quintet Phoria, finally did as promised and filled the room with expansive synth melodies fluttering like blood thumping under thin skin. Their single “Emanate” brought the ecstatic resolution needed after a few hours of overall tranquillity.

The idea of a gig bringing together hypnotic pop, one hundred voices and a 12-piece string ensemble in the setting of a church was enough to generate anticipation of an emotional high, but instead, it never quite lifted off. It felt like too much was crammed into one evening, resulting in a loss of coherence and coordination glitches such as long gaps between songs when all that could be heard were the shuffling of chairs and the sound of cans of beer cracking open.

Though a gig this peaceful and lengthy might not be appropriate for a Friday night in Hackney, there’s no doubting the talent of every single performer on stage at the St John that night – all 114 or so of them. Not to be sniffed at.