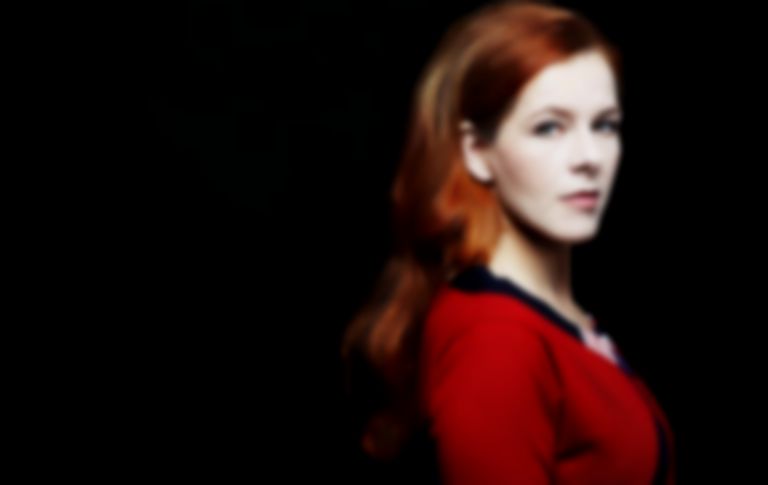 There is only one woman who could get away with it, and that woman is Neko Case. She’s walked onto the stage in a pair of skeleton leggings, that create the illusion that you can see her bones, as though she is standing behind an X-Ray machine. Against the backdrop of the wondrous chapel venue, her stunningly clear vocals and the skeleton legs make for an eclectic jumble of features that somehow, in some weird way, all come together and make sense.

Having played the Union Chapel some fourteen years ago as a support act to The Handsome Family, Neko Case and her band of formidable talent have returned to the venue as headliners. This time round, however, they are equipped with numerous Grammy nominations and a strong back catalogue of songs that make you smile, dance and maybe even shed a tear or two.

Riding on the waves of 2013’s The Worse Things Get, The Harder I Fight, The Harder I Fight, The More I Love You, Neko Case proves that she is an absolute fighter. When she opens her mouth to sing, she demands all of your attention. Her voice retains a presence that is at once powerful as well as an absolute delight to listen to. “Deep Red Bells” swells and seeps into your senses, whilst “If You Knew” fills you up with a simmering feeling of passion.

But there is a casualness to tonight’s performance, and despite the grandeur of the setting, it feels as though you are watching either a band in your own front room. Case has this warmth about her that draws you in like a warm embrace as she laughs along with backing singer Kelly Hogan between songs, making jokes and sharing band banter with the crowd. It’s barely believable that these musicians who sound so slick and professional when performing the songs can have such a laugh whilst they’re at it.

”Hold On, Hold On” is another song that just bellows fourth and fills all the crevices of the chapel with its warmth and sound. The bluesy, country guitars with their twanging riffs and the glorious and crystal clear harmonies stand strong and create an almost magical atmosphere in the holy establishment.

When Neko Case and her touring guitarist return to the stage to perform a rendition of Crooked Fingers’ “Sleep All Summer”, there’s a sense that the main aim here is to give those heart strings one last almighty tug (not that they had been pulling at them all evening anyway or anything.) Case even warns that her guitarist “can make chicks cry… And even dudes.” But the warning is not enough. The harmonies tingle all the way down your spine and make you want to whimper and… Oh god, don’t cry, don’t cry.

Fortunately, Neko and co. bring you back from your moment of soppiness with the final number of the night “Ragtime”, taken from the latest record. With its catchy ‘blah blah blah’ chorus and bouncing energy, it brings the performance to an ecstatic climax that warrants a standing ovation.

Tonight’s show is nothing short of professional. However, what makes it so enjoyable is the fun and pleasure the band exert in performing. Every note is hit perfectly and the band play as one body of energy and sound, with Case always leading the way and taking it all in her stride. A truly refreshing performance.