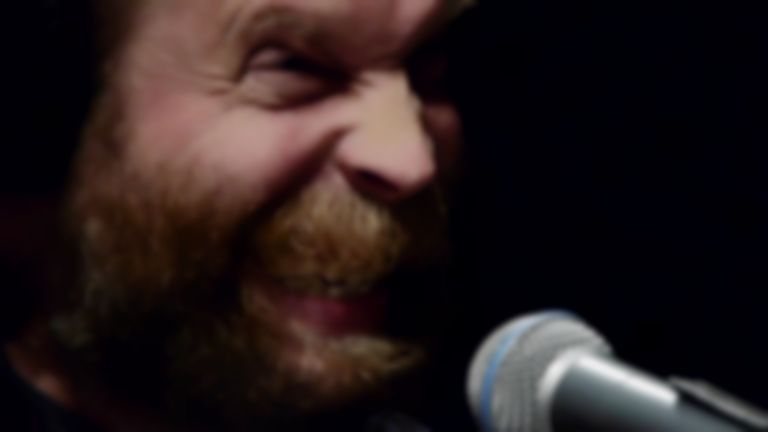 Two lines into his wonderfully moving cover of "No Time To Cry", Will Oldham (Bonnie 'Prince' Billy) completely forgets the words. He confidently strides away from the mic, pacing the stage in circles to aid his memory, singing under his breath to bring back the lyrics. He has to do this more than once. He restarts the song three times, until he finally manages to perform it in full.

The way in which Bonnie 'Prince' Billy allows his songs to evolve over time is one of his most enduring and endearing features, bringing back tracks from his past to re-record in fresh, surprising ways; transforming the dour "I See A Darkness" into a swinging, upbeat Western stomp a decade and a half later, for example. But this process doesn’t take years, and it isn’t confined to studio experiments. His songs mutate from moment to moment. It seems likely that he’s never played any of his songs the same way twice, even mere nights apart.

Tonight, alone on the stage of Union Chapel, Bonnie 'Prince' Billy is free to take his songs and his set in whatever whimsical directions he fancies. Last time I saw him in London, he was accompanied by a full band, giving his songs an enjoyable heft and pep. But tonight is a treat of even richer proportions; showcasing his incredible voice to its fullest extent, and a sublime mastery over his material.

One of the things by which I’m most struck when seeing Oldham live is how terrific his singing voice is, as obvious a statement as that might seem. On record, his deliacy is deceiving, masking the true power of his vocal performance. Live, backed by nothing but a guitar, the command he has over his voice is magical, with highlights like "Omaha" (an Everly Brothers cover) seeing him swoop from falsetto to quivering whisper in the crack of a syllable, only to suddenly erupt into full force, stepping a few feet back from the mic to fill the church with the fullest expanse of his sound.

No two performances of any song are the same, and no two Bonnie 'Prince' Billy sets are the same either. You don’t go for the hits (although favourites are received rapturously) but with gratitude for whatever slew of covers and unexpected mid-album cuts with which he decides to delight you. It feels personal, intimate and direct. Tonight we get some Cohen, a few of his Merle Haggard numbers, alongside lovely outings from Lie Down In The Light, and Wolfroy Goes To Town. In short, we get Will Oldham: his voice, his obsessions, his spirit, and his songs.