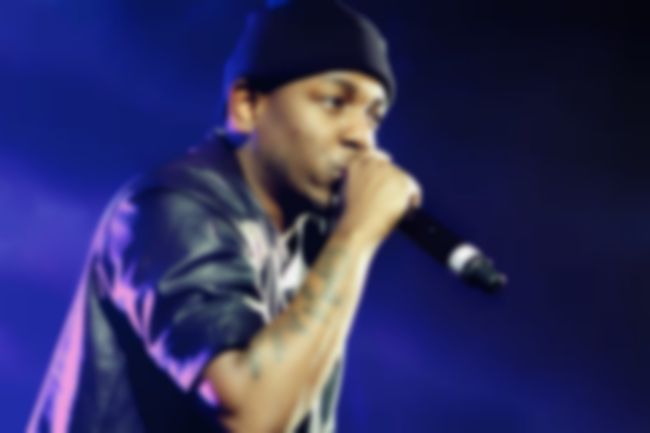 In my experience, these one MC, one DJ set ups are far more likely to expose your limitations as a live performer – especially in venues as large as Hammersmith Apollo – than they are to cement your place as one of hip hop’s most important figures. There’s just so little going on, visually, musically, that you have to be not only a supremely talented rapper to have the room enraptured all the way from the front to the back, but you also have to be a magnetic personality in every other respect as well.

The risks are there for all to see – all, that is, except Kendrick Lamar. Because, what with him instantly revealing himself to be about the most talented and personally magnetic rapper I’ve ever seen, he just bulldozers straight through any doubts and delivers a gig that the rest of 2013 will have to really raise its game to match.

Other than his DJ, there might be no other performers on stage, but Kendrick has brought with him a veritable choir. The sold out audience are arguably what makes the show, so dedicated are they to Kendrick’s work that they’ve memorised every single word of it; even the lightning fast, double timed verses of ‘Money Trees’ are yelled back at him word for word, it’s like listening to a really angry version of ‘Angels’ by Robbie Williams! He doesn’t need any back up or guest appearances when he’s got thousands of hype men standing in front of him, waving their hands in the air like they just don’t care. None of these people have arrived sceptical, hoping to be won over.

None, that is, except one person on our side down the front (who may or may not have actually been real). After a particular number (say, a floor-shaking ‘Bitch Don’t Kill My Vibe’ or the deafening communal holler along to ‘Poetic Justice’), Kendrick spots, or pretends to spot, an audience member reluctant to get in to the swing of things. It’s a trick he repeats numerous times, always reassuring the hapless soul that if they didn’t find themselves partying to that last song, it’s OK, because surely the next one’s going to blow their tiny mind. It’s when he follows these little soliloquies by dropping something like ‘Backseat Freestyle’ – to a reaction that’s just a huge ‘OHH!’ from a crowd who can’t believe it sounds quite so big – that you start to question the existence of the unfortunate grumpy guts. How, exactly, could anyone not enjoy this?

Presented with just a one MC and one DJ set up – let’s stress this again, the crowd here are going quite this mental for nothing more than one MC and one DJ – it’s impossible to think what more you could actually have wanted from tonight’s show. The mood was ecstatic, the performance faultless, the songs themselves likely to be every bit the classics that so many hurriedly rush to call them upon the release of good kid m.A.A.d city. Of course, you could tell before arriving that tunes as irresistible as ‘Swimming Pools (Drank)’ were designed to be bellowed by crowds of thousands. But I didn’t think I’d walk away thinking that of every single number in the set.