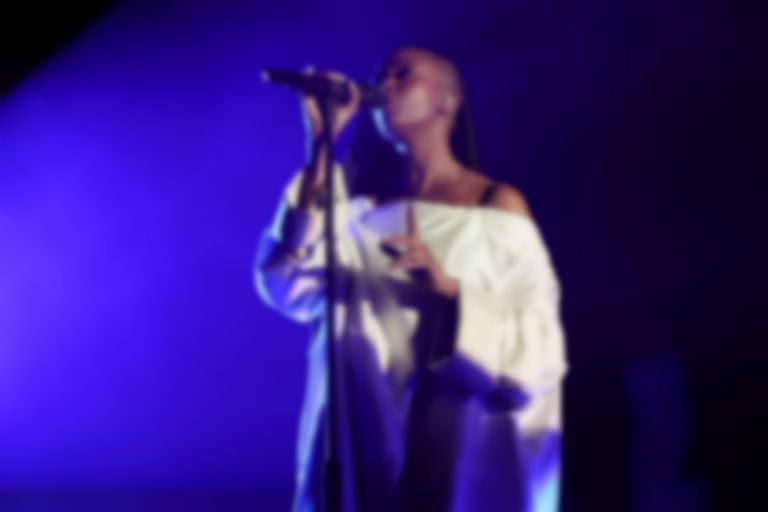 Following the highly praised mixtape and EP, Kelela released her long-awaited debut album Take Me Apart in late 2017. After intensive touring - with recent stops in the U.K. - tonight, at Camden’s iconic Roundhouse, we are invited to participate in an open conversation about Kelela’s identity, beliefs and her ephemeral experiences.

It’s safe to say that Kelala’s sound is firmly rooted in a studio setting and each effortless vocal run is complimented by a spliced choral counterpart. If anything her music - while remaining production heavy - is an amazing illustration of her voice and I was anxious as to how this could be translated into a live setting. Set against a sparse stage, my anxieties were quickly forgotten as Kelela opened with her brilliant single "LMK".

Flanked by two backing singers and a DJ, this set was carefully crafted to create exciting moments of tension and release. Songs such as "Blue Light" and "Go All Night" - while at times delicate - were thrilling displays of control. Even when a live proposal took place during "Go All Night", Kelela continued to command the stage by quietly conducting her cohorts to create a romantic soundscape.

At times the show feels condensed; there’s little interaction between songs but emotional ballads are marked with genuine explanations of torment and heartbreak: "This is an emotional one, I might cry... no talking I’m just gonna sing". Songs such as "Enough" and "Bluff" show a softer side to Kelela, which is welcomed by her adoring audience.

Older cuts stand the test of time, reigning triumphant, and offer a sense of urgency, strobe hits accentuate the thrashing hi-hats of "Bank Head". Visually, this show is simple; however, the precision in timing between the lighting cues, dance routines and instrumental breaks add an impeccable fluency.

Kelela has clearly cut her teeth on years of performing, writing and collaborating with various producers and tonight is a celebration of her rich sound and identity. Onstage there’s an air of earnest enjoyment: "I’m the opener… I can’t describe this feeling. Thanks for supporting me." Despite her nonchalance, it’s clear from the get-go that she was destined to be here and - no longer the opener - it’s exciting to imagine where she’s headed.