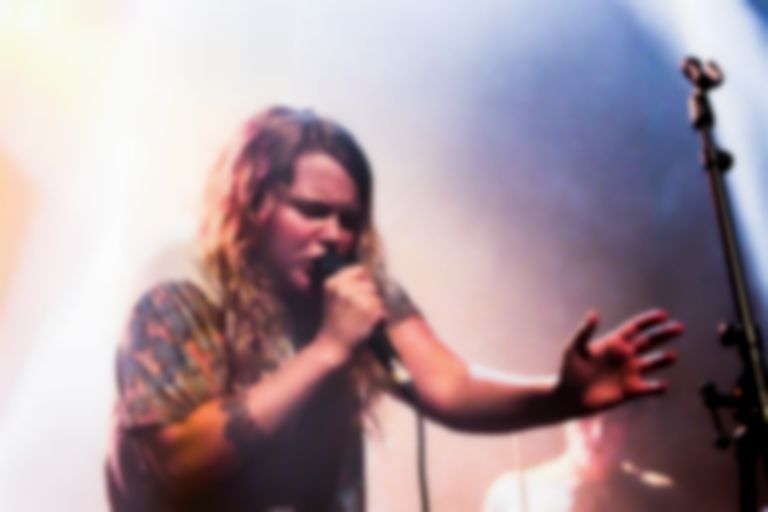 I remember three years ago, falling across Kate Tempest at a little showcase Rob Da Bank had set up at Shoreditch House. While a room full of faces from the industry continued their conversations, I found myself being drawn in by Kate’s words. Her poetics were like no other – vibrant, dark, cutting, and deep, hitting the very same swagger of the same MCs who made up my picture of city living. Years later and I’m watching her play the biggest show of her career to a 1500 strong audience, on same site the Fridge used to sit, in Brixton.

For Kate, like me, the city has always been a point of fascination. With its underworlds, and its oligarchs, it’s a place that meshes disparate cultures together, slamming them into uncomfortable relationships with each other. Much of this is what set the backdrop of the topic for Kate’s debut album Everybody Down – a 12-year work in progress, the result being an epiphany for Tempest’s love of hip-hop.

I can’t imagine what a gig like this means to her. To be spitting her words to a packed theatre, on the very same streets she first found herself cutting her skin on the microphone at house parties. Like with any Kate Tempest gig, she doesn’t hide the appreciation. “Guys, if it wasn’t for you I wouldn’t be here – so thank you, thank you so very much,” she says, almost on the point of tears, “literally a year ago, I’d be playing to rooms with like 11 people,” she says, and now this. The room is quite for her every syllable, as she hot steps between solo spoken word pieces, and the epileptic beats of Dan Carey.

Whilst it’s difficult sometimes to feel like her lyrics don’t get lost in the mash up of different sounds coming from her band members – it is nice to see Kate fully embracing a number of her different influences. Tempest’s records have always been infamously hard to digest – choosing to use skits of jazz, funk and gabba to tie together her lyricism over something simple and subtly produced.  And whilst moments of tonight feign almost towards the techno side of the spectrum – she doesn’t lose her footing.

Part of that unsettled relationship to follow the other trend of hip-hop artists, is in Tempest’s nature to counter the in-cohesive and horrible nature of the music industry. The second track she plays, “Marshall Law”, is it’s own damning statement of the cold nature music’s set itself recently. “Industry slimeballs, showbiz big-deals / The cool new band with the retro feel.”

Her set doesn’t lack in politics either. From the personal stories of Becky, Pete and Harry, told in the tracks on the album, Everybody Down, to the angered speeches she makes in between tracks – Kate deals with politics at every level. Her songs are each their own narratives behind the cocktail of experiences - anxiety, ignorance and ambition – that make up 21st century living, while at the same time telling the simple stories of shallow relationships, drugs and unfulfilling wage labour.

At one moment, she chants, “we’re lost to ignorance and fear – no-one knows what to do,” while at the other, toasting at the achievement collectively and togetherness can have on society. “What’s more collective than this?” she says, rightly.

I won’t lie that it’s sad not to see Kate going at it in the middle of a pub rave up – after all, that to me is where Tempest’s music best makes sense – in a disheveled setting on the outskirts the city, where pissed-up locals mix with her army of followers. But what a mass audience has given Kate is a voice – and an ability to speak personally about potent issues, above the mass of illiterate commentary.

Brixton Electric is obviously a proud moment for her. After all – this has been her dream since she was 16. Having dropped out of school – found solace at BRIT, and an education at Goldsmiths – she’s a born-and-bred Londoner, with the fire and ambition of every angry politicised young person – and whilst we should be careful not to put her on a pedestal – there is no better poster-girl for the face of the dis-enfranchised masses.