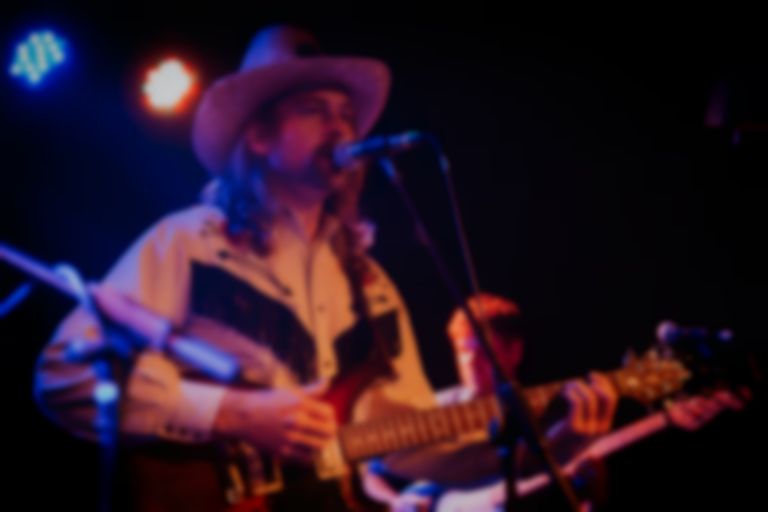 The recent success of Karl Blau with his eighth album that appeared almost 20 years following his debut is something to be cherished.

Having toured with his own eclectic country-with-a-twist since 1996, Blau’s 2016 collection of covers has gained him a surprisingly large and loyal following. And nobody is more pleasantly surprised than the main man himself.

Strolling into a sold out Lexington tonight (7 September) - cowboy boot and hat clad with his four-piece similarly attired band - Blau plays the Western American stereotype with flying colours. And if he wasn’t so endearingly humbled by the crowd in front of him, he could be guilty of overplaying it. Especially when he claims that “there’s just enough room in here to do some two-steppin’.”

The opener of the night, “Six White Horses”, set the scene for the next hour, as Blau and his motley crew showed their experience and musical prowess with almost perfect renditions from Introducing Karl Blau. Musical renditions like “Let The World Go By” and “Fallin' Rain”, perfectly framed Blau’s oscillating southern drool, without overpowering its delicate interior. And it was their experience (and no doubt string of preceding tour dates) that meant the performance on the whole was as tight and technically well-balanced as they come.

And while they essentially played the role of a country covers band, there was a feeling in the air that something a little bit special was happening. What that was, I can’t quite put my finger on.

But there is something so intrinsically antithetical about Karl Blau. In a world full of hipsters and champions of ‘cool’ who wait on the fringes of music for the ‘next big thing’, along comes a well-versed country musician who, on LP number eight, resonates with a collection of re-worked and re-imagined classics.

And with it, the antithesis of the desperately new wave movements that exist in every generation. And maybe that’s why, paradoxically, it feels so refreshing and new to watch Karl Blau and his band. Or maybe I’m thinking about it too much. Either way – it’s bloody lovely.