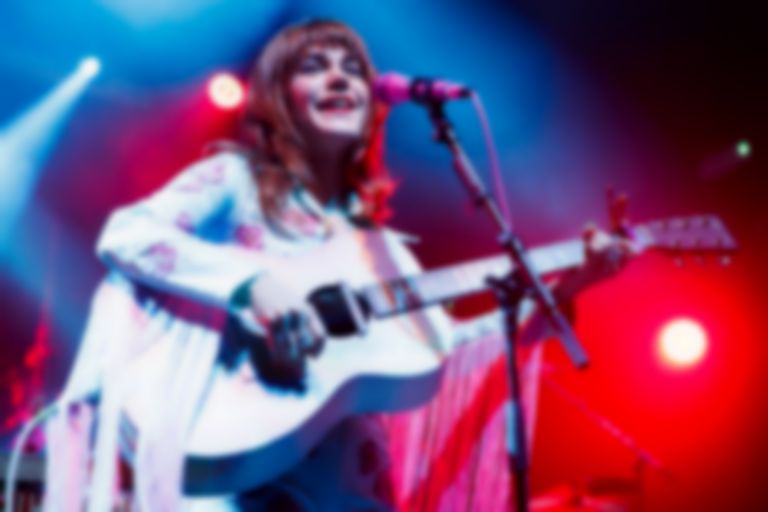 It might well be sixteen miles to the Promised Land, but Jenny Lewis brought paradise a little bit closer to home last night with a rip-roaring show at Camden's KOKO.

The captivating alt-country idol marked her long-awaited return to London with a celebratory, career-spanning set that encompassed everything from the effervescent power-pop of the Rilo Kiley days, to the slide-guitar-and-fiddle twang of her more recent work.

Showcasing four newer songs (“Dogwood”, “Heads Gonna Roll”, “Party Clown” and “Wasted Youth”) in-between established favourites, Lewis proved that she’s just as adept at channelling the Southern country charm of Loretta Lynn as she is embodying indie-rock cool. At one points the set even tilted towards Flaming Lips territory, with a flurry of balloons descending on the crowd during mid-set highlight "Just One Of The Guys".

For audience members of a certain vintage, an airing of Rilo Kiley favourite "Portions For Foxes" was received with particular rapture. But from the first note to the closing double-whammy of country-rock epic “The Next Messiah” and “Acid Tongue” (performed by the whole band a capella), this was an exceptional performance by an artist who, two decades into a formidably accomplished career, is still ever upping their game.

Rise Up With Fists!!

Just One Of The Guys