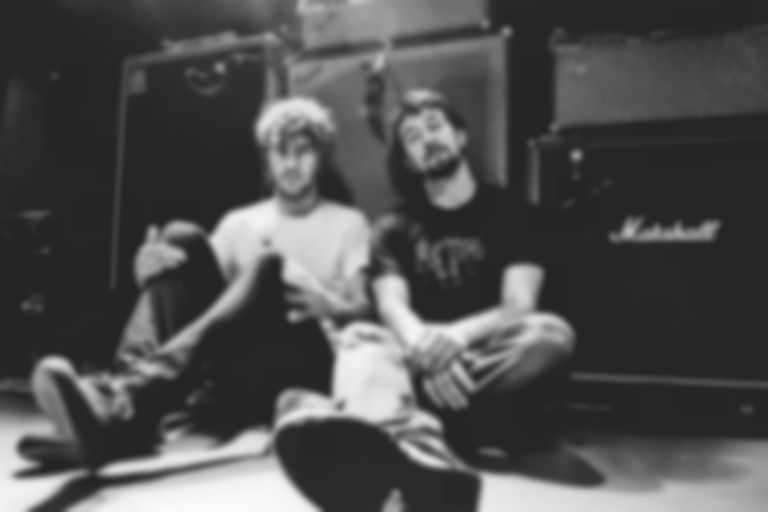 Japandroids seem to have found a way around the linear time constraints within which we all live our lives. Celebration Rock was only released in June but it has found itself as the honorary soundtrack to an already experienced youth, its frenzied garage-punk formula feeling as attached to every single teenage moment as the music that we actually listened to back then. And that is by no means saying the Vancouver duo’s output is a tired one. Far from it. And no, it’s not just the anthemic, nostalgia stirring, innocence-mourning cries of “Give me that night you were already in bed / Said fuck it got up to drink with me instead” in set highlight ‘Younger Us’ but their entire back catalogue, one which is paid due diligence this evening as the clearly exhausted but no less engaged pair reach the end of their current UK tour.

Kicking off proceedings with a double bill of high-intensity burners, Brian King and David Prowse rip through the rougher edges of Post-Nothing number ‘The Boys Are Leaving Town’ before descending into the fiery, howls of celebratory sophomore album track ‘Adrenaline Nightshift.’ Matching 2009 and 2012 song for song, ‘Rockers East Vancouver’ is subsumed by the almost painfully desperate yet defiant yelps of “We don’t cry for those nights to arrive / We yell like hell to The Heavens” from ‘The Nights of Wine and Roses.’ The poppier moments of ‘Wet Hair’ are set against the ragged, bigger than life riffs of ‘Evil’s Sway’ before ‘Continuous Thunder’ brings Heaven to it’s knees. Acknowledging that a certain bombastic stadium rock band are playing Wembley tonight Brian screams “they can keep their fireworks and million dollar light shows because we’ve got a fucking killer drum solo coming up”, delivered mid ‘For the Love of Ivy’ whilst an invited member of the audience stage dives into an accepting crowd.

Maybe it’s that their hurtling rhythms permanently teeter on the edge of collapse – each rasping, anthemic hook, howling guitar and thunderous drum beat inhabited with sheer abandon. Perhaps it’s because they tap into the universal – playing out some kind Derren Brown cold reading in their lyrics about friendship, betrayal, love and pride. Tonight it might even have something to do with the brewing chaos of the mosh pit and the incredible levels of fist pumping going on. Hell, it probably has something to do with all three but whatever it is, Brian King and David Prowse, aside from reaching incredible noise levels for just one guitar and one drummer, seem to have stumbled upon the perfect time warp – throwing us into the reckless nights, regrets and dramas of our past before dragging us triumphantly with an “oh-oh-oh-oh-oh-oh” chorus to the undeniable, infectious euphoria of the frustratingly intangible moment.

And it is to that moment, all 90 ear-bleedingly loud minutes of it, we find ourselves surrendering.