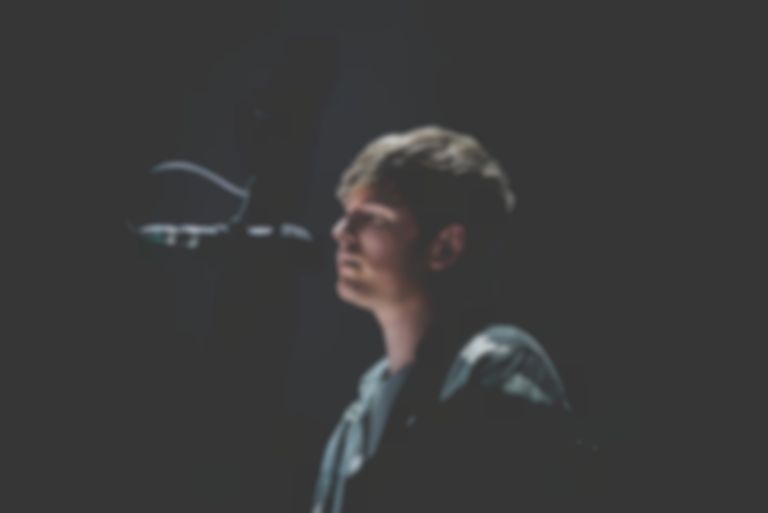 Saturday night at Brixton Academy. One of those evenings: first cold snap, clocks are back. Everyone inside, all individual oscillators in a critical mass of body heat. Time’s passing seems marked only by the slow rise of a boozy mist.

The assembled throng has gathered to watch a musician of contradictions, one whose career has followed parallel but seemingly incompatible trajectories. James Blake has always owed a debt of gratitude (although surely one now repaid several times over) to the bass-heavy dance music culture of the local area. But really, the music with which he made his name is a more insular, quite knotty kind of piano-led songwriting. Presumably not one for Cartesian dualism, his music knows mind and body to be the same.

Shortly past 10pm, Blake begins to turn out the hits quickly: “Timeless”, “Limit To Your Love”, “Life Round Here” all come like rapid fire. Tonight (5 November) this music—on record these dusty spaces crafted with care and delicacy—is rendered with maximalist intent. Every saw-tooth synth chord seems a form of sonic warfare; bass rhythms wander the washed out line between actual sound and pure physical force. With the assistance of longtime collaborators Ben Assiter (drums) and Rob McAndrews (guitar), the effect is one of hard-won proficiency (Blake admits he is proud, furthermore, to do it all “without laptops or automation”). But above all, this show is a holy communion of noise and light: for every snapping snare a solar shot from the minimalist projections behind the band; every thudding bass drum ripples through shadows on that giant screen. At full-force, as during the white-hot climax of “Wilhelm Scream”, the effect is something to behold.

Elsewhere, the contradictions inherent in Blake’s catalogue manifest throughout the building, both onstage and off. Signs on the door politely request some quiet attention from the audience, but a guest appearance from 1-800 Dinosaur affiliate Trim for “Confidence” seems a provocation toward the opposite. The same is true in Blake’s vocal delivery: faded lullaby “The Colour in Anything” culminates in an immaculate, finely-calibrated blend between Blake and second guest of the evening Moses Sumney, while “I Need A Forest Fire” is performed with a wild abandon.

Returning for a solo encore (“A Case of You”, “Measurements”), and with the thunderous fog of the preceding ninety minutes having cleared a little, Brixton finds Blake in a reflective mood. This, after all, is the last show in support of third LP The Colour in Everything, and he admits that the size of the venue is “unprecedented”. He shows due gratitude to the crew members who have followed him this far, and reflects on the absurdity of being at a point in one’s career where a simple request is all that is needed for Quentin Blake to agree to provide artwork. But even if genuinely awed by the crowd, it doesn’t show in his mastery over them: “imagine that if your screams end up on this loop… then… they’ll actually go through with Brexit,” he says ahead of closer “Measurements”, a song which pivots about the trick of Blake layering his own voice. It works, and a room once chattering and restless falls pin-drop quiet. A singular musician at the height of his craft.