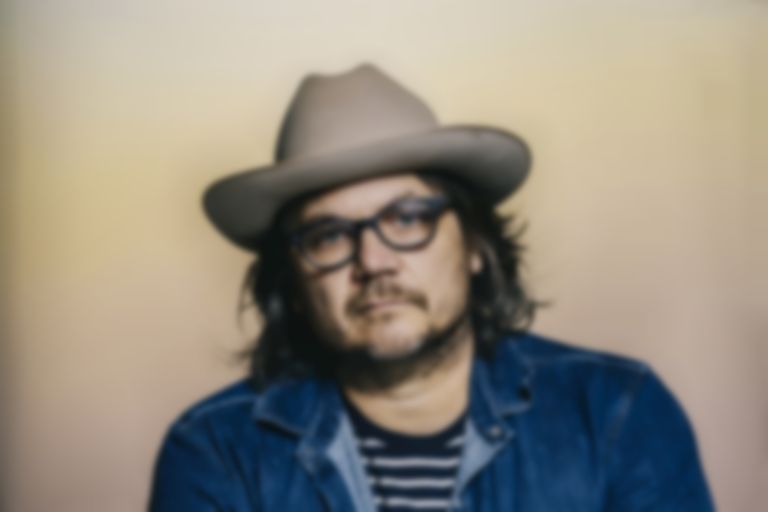 "I want everyone to hear at least one song they like", Jeff Tweedy begins to outline his unique approach to crowd management as the audience's enthusiasm unravels into another cacophony of shouted requests for fan favourites. "So please leave after you've heard your favourite. The show's over when there's one person left."

Were Tweedy (back in Manchester on a rare UK solo acoustic tour) to actually enforce this strategy, he would most likely be playing to himself by the end of the evening. The Wilco frontman jokes about the audience looking so old he's safe to unearth songs from every stage of his career. True to his word, it's unlikely that anyone leaves the venue without hearing at least a couple of their favourites as the epic 25 song set strives to cover every possible angle and mood of the 50-year old, Chicago-based songwriter's musical journey from alt. country pioneers Uncle Tupelo and Woody Guthrie revival project Mermaid Avenue, to side projects Golden Smog and Loose Fur. Of course, tracks by Wilco, the enduring American art-rock institution whose fans are excitedly devoted (if tonight's heckling is anything to go by), are also present.

Tipping the Stetson hat that covers his long hair to particularly amusing outbursts and employing the crowd as an impromptu choir on throwaway new tune "Noah's Ark", Tweedy is happy to involve the audience in the act. This makes a change from both the kind of reverential solo performances where the sound of the audience's bated breath is frowned upon and Tweedy's own pricklier past persona. Once upon a time, Tweedy instructing the audience to ''settle the fuck down'' should have been taken at face value. Tonight, it's clear the evening's star turn is amused by the audience's over-excited antics.

This is no mere comedy act, however. Despite occasionally letting the audience to hog the spotlight, Tweedy is in total command of the performance: when it's time to play, we listen. Echoing last year's Together At Last, a collection of old songs re-recorded in a solo acoustic mode, the stripped-down approach allows the songs at the core of Wilco's expansive sound to breathe freely and be appreciated in a different light. Shorn of its dynamic duelling guitars, it's startling just what a beautiful, wearily hopeful love song "Impossible Germany" is. "Misunderstood" sounds borderline desperate in place of the original's defiance. Tweedy is in fine voice throughout, delivering high-pitched testimonials at the end of "Theologians" - a rollicking boogie-pop in its original full band formation, more like a resigned prayer tonight - and delivering the final verse of "I Am Trying to Break Your Heart" off-mic in insistent tones that captures the sweaty anxiety of the original even though the clattering orchestrations are absent. There's a bravura bout of whistling at the end of a delicately dispatched "Hummingbird" and an impressively hushed take on 2010's Feist duet "You and I", something of a hidden gem in the vast Wilco catalogue.

What's truly impressive is Tweedy's ability to hold an audience's attention with no props and nothing to hide behind. Complete with Tweedy's abandoned attempt to get the crowd to direct some of their excess energy towards singing Neil Young's "Cinnamon Girl" (another request), tonight's set is considerably more fun than almost two hours of skeletally arranged songs that often virtually wobble with disconnection, disillusionment, heartbreak and anxiety has any right to be. ''What you once were isn't what you want to be, anymore", Tweedy barks repeatedly at the end of an energised "Shot In The Arm" that finally concludes the marathon encore. Here's hoping Tweedy is willing to maintain this captivating balancing act between a powerful performer and a sly stand-up comedian for a long time yet.