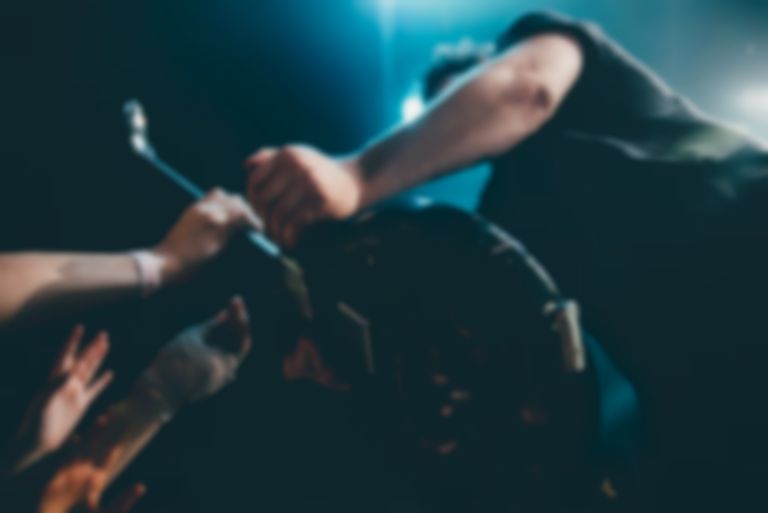 This week saw one of British music’s most unfailingly fascinating outfits Foals headline the 3arena in Dublin, following the release of their fourth studio record What Went Down, kicking off a full arena tour.

With unwieldy mathrock detail convoyed with brutal attack, Foals' music has the fractal beauty of snowflakes, consumed in an avalanche. It’s overwhelming, powerful disco metal with style. Should somebody ever wedge a grenade up Vampire Weekend it could be this, but this is truly of its own.

In their earlier live days the band would perform almost in the round, with the audience sandwiched between them. Swapping sweat and hugs, those first shows felt like a new kind of punk. It was an intelligent, intense thunder of noise that broke between shoegaze moments to unstitch pop technique. Now Foals have advanced to the arenas, it’s a wondrous thing to witness that while the event has changed there’s no intimacy lost.

Since “Inhaler” first birthed Holy Fire in 2013 Foals have had their heads set on filling bigger spaces in a bigger way, and that’s what they’re doing. With this week’s Wembley Arena and headline slots at Reading & Leeds Festival in the summer, they have become the band they’ve worked to be, and deserve to be.

In Dublin tonight (10 February), frontman Yannis thrusts himself violently around the stage, staggering into each corner to reach as much of the audience as he can. He jumps into the crowd on a few occasions, physically pawing at them from behind the mic stand at others. He’s become a true frontman, balancing the spectacle of the band with unruly elegance. It’s as though Prince has fronted Rage Against The Machine.

During the creep of “Spanish Sahara” most of the downstairs audience begin crouching, tentatively bobbing in place at the knee until the song’s crescendo. During “My Number” it’s the final days of summer among the entire venue as everybody pounds the air with beer cups, fists, jumpers and gob. The show’s climax of “Two Steps Twice” takes a well-earned victory lap that itches at us, growling at our feet until both the band and audience erupt into a lairy confab of euphoria and release.

No other band is this uncompromisingly giving, and with some of their best material still being written (see “What Went Down”), there’s going to be an earthquake across Britain over the coming years caused by these five men from Oxford.