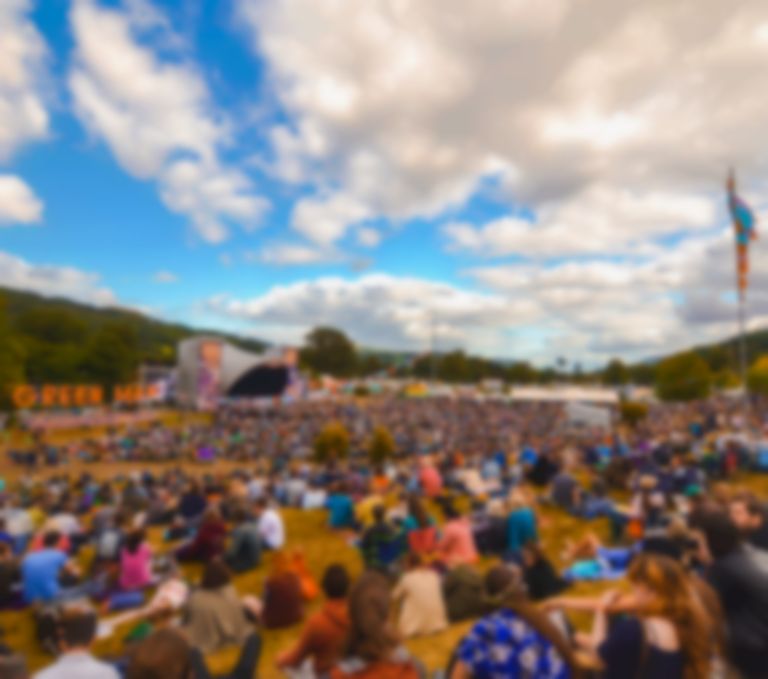 ​Each festival, in the ever-expanding pantheon of UK music-based long weekends, comes with its very own feeling; a tangible sense of atmosphere that can take mere moments to fathom. From Glastonbury’s vast, utterly overwhelming sense of adventure where anything appears possible to the speedy showcase setup of The Great Escape, putting new music discovery at the top of the agenda; there is a festival to suit one and all. So what of Green Man?

The Welsh weekend which props up the back end of the British summer is in its twelve year and once again boasted a veritable feast of indie music, standup comedy and literary recitals. But what did we learn from the experience? Here are a handful of highlights, lessons and reminders from a memorable three days in the Valleys.​

The hills are alive.

The first thing that strikes you about Green Man is undoubtedly its setting. The site, deep within the Brecon Beacons, is blessed with stunning views of its valley surroundings which overlook the weekend’s goings-on and never fail to make an impact on the experience. Alongside the streams and relentless greenery, the bucolic atmosphere is palpable, relaxing and provides that feeling of escapism that you look for while the rolling banks provide something of a natural amphitheatre for the main stage - given the moniker of ‘Mountain’ despite its relatively cosy feel.

There should be nothing secret about it.

Green Man is an indie festival in the true sense of the word; independent record labels dominate, showcasing the new and more established talent they are nurturing for the love of less commercially-driven music. One such label is enjoying something of a bumper year.

Early in the year Secretly Canadian released The War On Drugs’ third LP and something clicked; Lost In The Dream connected with people on a new and profound level that their previous efforts, wrong or right, did not quite. And their live show - complete with a relentlessly energetic drummer you cannot take eyes off, as well as Adam Granduciel’s effortlessly cool, languid delivery - is a perfect reenactment of the Americana modern classic, providing a special soundtrack to the Saturday night.

Similarly, Sharon Van Etten followed-up her heart-wrenching Tramp with another glorious example of empowering melancholia and driving, The National -esque ballads. Are We There adds inspired tracks to her live show that is as tear-jerking (see “Afraid Of Nothing” and “Your Love Is Killing Me”) as it is light-hearted, thanks to Van Etten’s comic, inter-song punctuation; it’s a complete joy to watch.

Secretly newcomers featured too, as Best Fit favourites Woman’s Hour provided another piece of proof of both their quality and progression: the addition of a live drummer adds punch to their poise, especially in this festival atmosphere. Fiona Jane’s typically immaculate performance brings a welcome calm to proceedings as their debut full-length Conversations soars out over a busy Green Man tent.

There’s always a place for newcomers.

Despite the general feeling of establishment at the festival, there was certainly, and rightly, space for newcomers to blossom. Wyldest - who won the Green Man Rising award to open the festival - impressed immediately. The North London duo brought their swirling dream pop sound to the Mountain Stage with an appropriate indie hue, before Highasakite really impressed. The newcomers’ sizeable noise packed a serious punch and the swarming number of them on stage caught, and held, the eye early in the piece.

Elsewhere, Adult Jazz followed-up their recent London show with a slot at the festival - showcasing their brilliantly colourful (teetering on the verge of catchy) pop at the Walled Garden Stage. Considering the weird and wonderful obscurity of their work, the live performance is immensely tidy; with trombone taking centre-stage alongside wonderfully wonky rhythm and a clear as day falsetto that brings to mind the likes of Wild Beasts and Glass Animals. After Alice Boman produced a typically beautiful performance of cold Scandinavian sadness, All We Are stood-out with their beguiling blend of psych-pop. Overall, there was plenty on offer for the discerning new music hunter, and we weren’t to be disappointed.

One of the biggest and most recurring agonies for any festival-goer is the fabled clash. Impossible to avoid, relentlessly disappointing and the indecisive’s nightmare. We’ve tried online spreadsheets, scrawling manically through programmes and sprinting from stage-to-stage in a mad rush to catch snippets of our (second) favourite set that night.

Looking down at Friday night’s agenda and you would have been forgiven for adopting the aforementioned indecisive concern. However at Green Man things worked out differently: whether it had anything to do with the calming serenity of the surroundings or the (sizable) number of children being depleted due to bed times, are justifiable theories. In actuality it all came down to size.

Drinking-in Beirut’s wonderfully bulbous brass and ukulele blend from the banks of the Mountain Stage to going deep into a masterful, heady rave with Caribou in the packed Far Away tent, was possible at a canter. Concerns were all but forgotten, until it comes to finding your tent, when it becomes apparent that everyone had the same “cheapest pop-up” idea as you.

Mac DeMarco is a brave and brilliant man.

Stage-diving is a diminishing tradition. A combination of our health and safety culture and the general lack of good old fashioned rock n’ roll means witnessing your musical heroes up close and personal is something of a rare occurrence. Denmark’s MØ bucks the trend by launching herself into baying crowds mid-song at every occasion and floating around atop a sea of fans.

Mac DeMarco always likes to do things differently however; his rider, for example, contains a map of pinball machines in the area. And the ever-explosive Canadian took things one step further by climbing high up a central pillar in the Far Out Tent during set-closer “Still Together” before flinging himself down on to the screaming hordes below. There was something beautifully archaic about the satisfying realisation of our chanting and it remains an epic Green Man highlight, topping-off a typically raucous set from the Salad Days man.