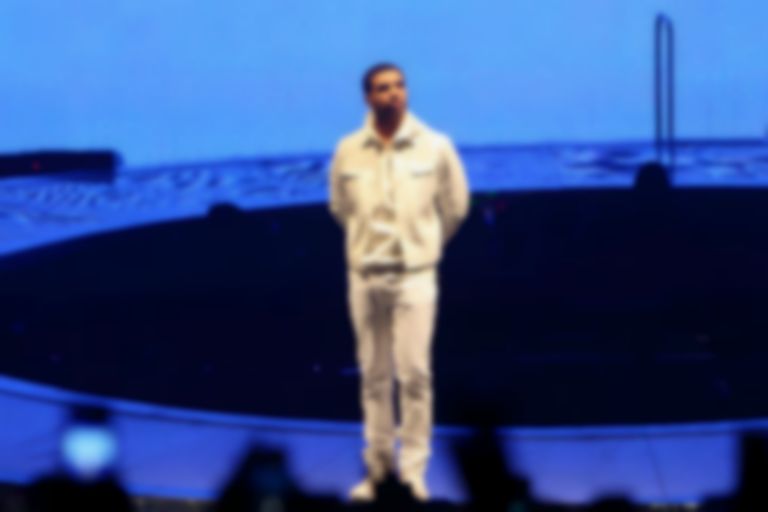 2013′s Nothing Was The Same found Drake not only at his peak but perhaps at the summit of the entire hip-hop game altogether. From the very first unwinding bars of “Tuscan Leather”, there was an undeniable sense of urgency in the Toronto rapper’s flow that seemed to suggest he still had something to prove: quite peculiar given that predecessor Take Care not only went double platinum but earned the star his first Grammy. Six months on from the release and three consecutive nights at London’s O2 Arena sees that Drake hasn’t rested on his laurels yet.

Tonight, the second of the three stints, sees fellow Canadian countryman and Drake’s own protege The Weeknd open with a much more scaled-down performance than when he headlined the same venue late last year. Delivering his nine-song support to a virtually packed-out crowd who made sure they arrived early, Tesfaye returns for “Crew Love” three songs in to Drake’s set and, after words of mutual appreciation from the pair, his mentor launches into proceedings full-throttle.

Carrying the sense of urgency from record into the live setting, Drake hardly gives the audience a chance to breathe, cherry-picking singular verses or choruses from his growing repertoire and delivering truncated renditions of hit after hit, including various guest verses and impromptu covers of his peers. It’s a true indicator of the impressive arsenal Drake has assembled, a sort of Greatest Hits medley performed by an artist just three albums in.

But despite the jubilant atmosphere, the show does seem to suffer from its lack of cohesion, with Drake trying too many things all at the same time. Halfway in, shortly after Jhene Aiko takes to the stage for a duet of “From Time”, Drake departs altogether, leaving his backing band to run through a brief DJ set of back-to-back Drake while the cameras pan to fans singing along. When the rapper does finally return, he storms into “Hold On, We’re Going Home” from start to finish, one of only tracks he allows to run its natural course without deviation. The rapturous response it receives goes to show that sometimes trying to offer too much means you provide too little. Perhaps arising from his apparent need to prove a point, hopefully next time round Drake will realise that to most watching that point has long been proven.